Screen Australia reveals passion for the supernatural in sector

Twenty-two projects, a million dollars and a surge of ghost stories will keep the development wheels churning to build the national slate for 2021.
David Tiley 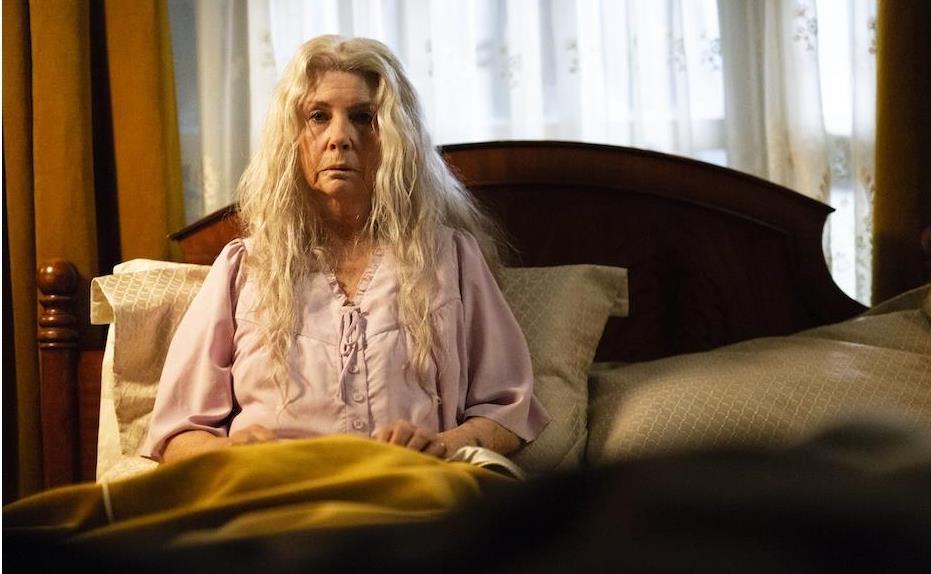 Fresh from Relic, the team resurrects Drum Wave, an earlier horror short to turn it into a feature. Image: Robyn Nevin in Relic, courtesy Stan.

Ghosts, ghosts and more ghosts. Or horror, or genre-bending. Or comic cannibalism. While screenwriters have pushed to abandon realism for some time, it looks very much as if Netflix has turned our collective minds inside out. Who would have expected a revolt against our aggressively materialistic and intuitively wholesome society?

What is more, Screen Australia continues to back smaller and early career projects, in blatant defiance of the old-fashioned rules about needing a viable market.

The online projects tend to be more psychologically driven, interpersonal projects that rely on performances rather than flights of imagination.

Read: Sonia Bible and the Witch of Kings Cross

You can read Screen Australia’s summary of some key projects here, but we will flick through to the actual lists. Where is the creative energy going? We are watching the rise of podcasts as either a form of development or a source of adaptation. That could be the most important message of the whole list.

SMALL SPACES
Triptych Pictures Pty Ltd
Genre Thriller
Writer/Director Shelly Lauman
Producers Kristian Moliere, Rebecca Green
Synopsis When Tash Carmody was eight, she thought she witnessed her gruesome imaginary friend Sparrow lure young Mallory Fisher away at a carnival, but no one believed her and she’s been traumatised ever since. Now seventeen, Tash starts to see Sparrow again, as disturbing memories of her childhood resurface. Determined to find out what happened the night of the carnival, Tash befriends Mallory to try to piece together a nightmare that won’t go away.

THE RICH MAN’S HOUSE
Fremantle
Genre Thriller, Mystery, Science fiction
Writer Alexei Mizin, Ryan van Dijk
Executive Producer Nat Lindwall
Synopsis When an avalanche traps Rita in an eccentric billionaire’s mountaintop mansion, she must confront the ghosts of her past to escape a powerful supernatural foe. Fusing Agatha Christie with Stephen King, and based on Andrew McGahan’s final novel, The Rich Man’s House is a series about wealth, ego and mankind’s fractured relationship with the natural world.

TOGETHER
Princess Pictures Pty Ltd
Genre Horror
Writer/Director Michael Shanks
Producers Laura Waters, Mike Cowap
Executive Producer Emma Fitzsimons
Synopsis After trading their social lives for a mortgage, a not-so-young-anymore couple move to the country to begin the next step of their strained relationship. Whilst settling into their new home, they contract an unexplainable illness – an infection that causes intense physical horrors the further apart they are. Now to survive they must separate before they become a single, new being – unable to determine where one of their bodies ends and the other’s begins.

SEEN (formerly BROWN SKIN GIRL)
Roadshow Rough Diamond
Genre Comedy, Drama
Writers Ayeesha Ash, Emily Havea, Angela Nica Sullen, Sopa Enari, Jessica Tuckwell
Producers Dan Edwards, John Edwards
Synopsis It’s hard being mixed race in white spaces; especially when you (unintentionally) get mixed up in all sorts of drama. Follow Ayeesha, Emily and Angela as they glide (and sometimes elbow) their way through life in Sydney, as they struggle to maintain their hair and their sisterhood, dodging toxic relationships and trying not to let ‘where are you from?’ ruin their days.

OVER MY DEAD BODY
Amal Awad
Genre Comedy, Drama
Writers Amal Awad, Jane Allen, Kacie Anning, Adele Vuko
Synopsis A Muslim woman’s newly-independent life is disrupted by the ghost of her recently-deceased, conservative mother, whose supernatural presence is a mystery to both.

SORRY ABOUT THE MESS
Princess Pictures Animation Pty Ltd
Genre Comedy, Fantasy, Animation
Writer Cassie Workman
Producers Mike Cowap, Sarah Lang
Synopsis Lilly Peril, a cynical transgender punk-rocker, begins to lose her grip on reality when she is rejected by her mother. In this mind-bending animated comedy series, Lilly navigates heartbreak, new love, transition and a boss in the witness protection program in pursuit of her most honest life.

THE CASE OF THE DISPOSABLES
Dragonet Films Pty Ltd
Genre Action adventure
Directors Sonia Whiteman, Renny Wijeyamohan, Kate Riedl
Writers Renny Wijeyamohan, Keir Wilkins, Sonia Whiteman, Saman Shad
Producers Karen Radzyner, Renny Wijeyamohan
Synopsis Some secrets are toxic. When her father goes missing just hours before a crucial immigration hearing, 14-year-old Priya and her rag-tag group of friends set out to find him. But when their search leads them to a local recycling warehouse, they stumble upon a living, breathing secret buried in the dark that will endanger the entire community. Now that they’ve scratched the surface, there’s no going back.