Getty gets real with useful guidebook for LGBTIQ+ storytelling 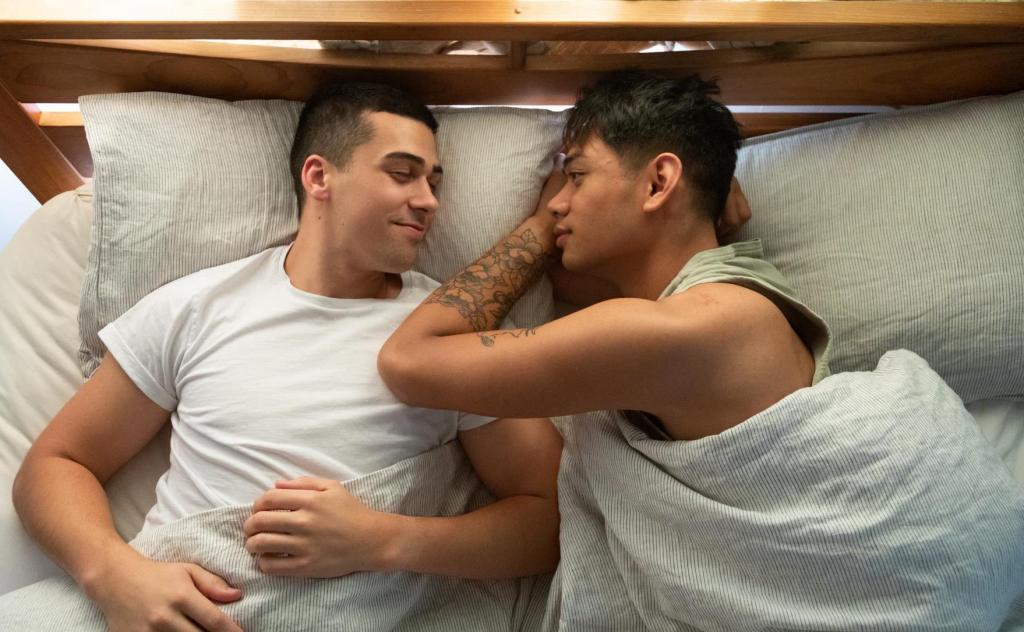 We’ve come a long way, baby, in terms of representing queer characters in film and television. There’s still a long way to go, of course, but things are far worse in the world of advertising and stock photos. Here, queer characters are rare, and where they do actually appear, they’re blander, whiter, younger, more able-bodied and ‘straighter’ than they are in the real world. Or else they’re always holding hands with their same sex partner and attending perpetual Pride rallies.

Seeing this problem, Getty Images has partnered with GLAAD, an advocacy group that ‘rewrites the script for LGBTQ acceptance’ to create a Guidebook for content creators to help them capture more authentic and diverse imagery representing the intersectional diversity of LGBTQ+ people.

In announcing the guidebook last week, Kate Rouke, Head of Creative Insights Asia Pacific at Getty Images and iStock said: ‘We know increased authentic representation positively impacts increased acceptance, however, our research has shown that ANZ media and businesses are misrepresenting the LGBTQ+ community by relying too heavily on stereotypical imagery.’

Getty Images is the British-American media company that supplies images, editorial photography and video for business and consumers. It has an archive of over 200 million assets, and along with its discount subsidiary, iStock, sells pictures, videos and music to creative professionals, media and corporate clients.

Each year Getty also releases annual research insights about its data, and in the 2021 Visual GPS survey it found that in Australia and New Zealand, and globally, LGBTQ+ visual representation remains low and stereotypical.

Only one-fifth of Australian and New Zealand Visual GPS respondents stated seeing LGBTQ+ people represented regularly or frequently in visuals. And when they did:

Only 4 in 10 felt accurately represented, and the survey’s results were starkly at odds with the fact that 8 in 10 ANZ consumers said they expected brands to be consistently committed to diversity and inclusion.

Rouke said that ‘…brands have a great opportunity to look beyond token opportunism, and create and use visuals that effectively reflect and speak to the LGBTQ+ community – without fear of backlash or to simply “tick a box”.’

‘Brands that continue to use cliched visual stereotypes to minimise risk of offending the more conservative customers, will do more harm in the long run… Our recent research also revealed that for Australians and New Zealanders the top way they know a company is truly committed to diversity and inclusion is by consistently showing a wide range of people, lifestyles, and cultures in their communications. Ignoring these cultural changes means they will lose out to their competitors in the long run.’

‘This can be as simple as choosing visuals of real LGBTQ+ people in their daily lives such as walking a dog, going to school, at work, cooking, running errands, even grabbing a coffee or doing laundry.’

(You can browse the curated GLAAD Collection on Getty images and although there are some great shots, but in my personal opinion there’s still a long way to go to get images that stray from familiar setups.)

Jessie Casson is a leading commercial portrait and lifestyle photographer based in Auckland, NZ. Her imagery for Getty includes the picture at the top of this page, which was shot as part of a series with gay couple ‘Cody and Antony’.

Casson says that creators these days should be including models from the LGBTQ+ community across their portfolios as a matter of course. This needn’t mean the model’s sexual orientation has to be the focus of the work. ‘The GLAAD Guidelines will definitely help photographers and videographers capture visuals which positively and authentically represent the broad spectrum of individuals within the LGBTQ+ community.’

‘I think people sometimes veer away from inclusion because they get too focused on how they will show that the person is gay, bisexual, etc,’ Casson says, ‘but in reality creators simply need to include this community in their normal everyday work. On my recent shoot with Cody and Antony, I approached the setup as I would with a heterosexual couple and we covered almost exactly the same scenarios.’

‘in reality creators simply need to include this community in their normal everyday work.’

‘Using real couples in their real life settings means I can authentically capture a moment in an individual’s life, a moment where their sexual and gender identity is just one part of what makes them who they are. I’ve had a lot of positive feedback from sharing the shoot because everyday shots with a gay couple are still quite rare and I’m excited to see this change.’

Read: Film review: Rhapsody of Love is a warm and diverse rom-com

David Freund is a Getty and iStock contributor based in Australia. In 2018 he was part of Getty’s This Is Australia campaign – a collection of 5,000+ images aimed at redefining who Australians are today. You can see some of his recent LGBTIQ+ work here.

Freund says: ‘The world is a diverse place and an ever-changing one particularly with regard to language and the LGBTQ+ community. I would like to think I’ve always treated everyone equally but as a plain vanilla CIS guy, knowing what the appropriate terms are for different community members isn’t something I have always been familiar with. It’s all explained and is one of the great things about the GLAAD Guidelines and Guidebook.’

‘Of course, you might get on set and the talent tells you something completely different, but that’s cool too. It’s all there in the Guidebook. Ask people the names and pronouns they would like applied to them personally.’

‘Probably the most important thing the Guidebook touches on is that you don’t need to do LGBTQ+ shoots.  Simply include LGBTQ+ people in all your work. I haven’t done a technology focussed shoot for years because technology is everywhere around us, so it is just part and parcel of everything we produce. Same thing with LGBTQ+ people. Avoid the cliches and just include the LGBTQ+ community in whatever content you are producing.’

For those working in the broader Australian film and television sector, the guidelines are also handy and instructive, with good concise definitions of key terms (from as simple as ‘Coming Out’ to the more complicated ‘Non Binary’) as well as some ideas for what to try and what to avoid.

Some things to consider, for all creators