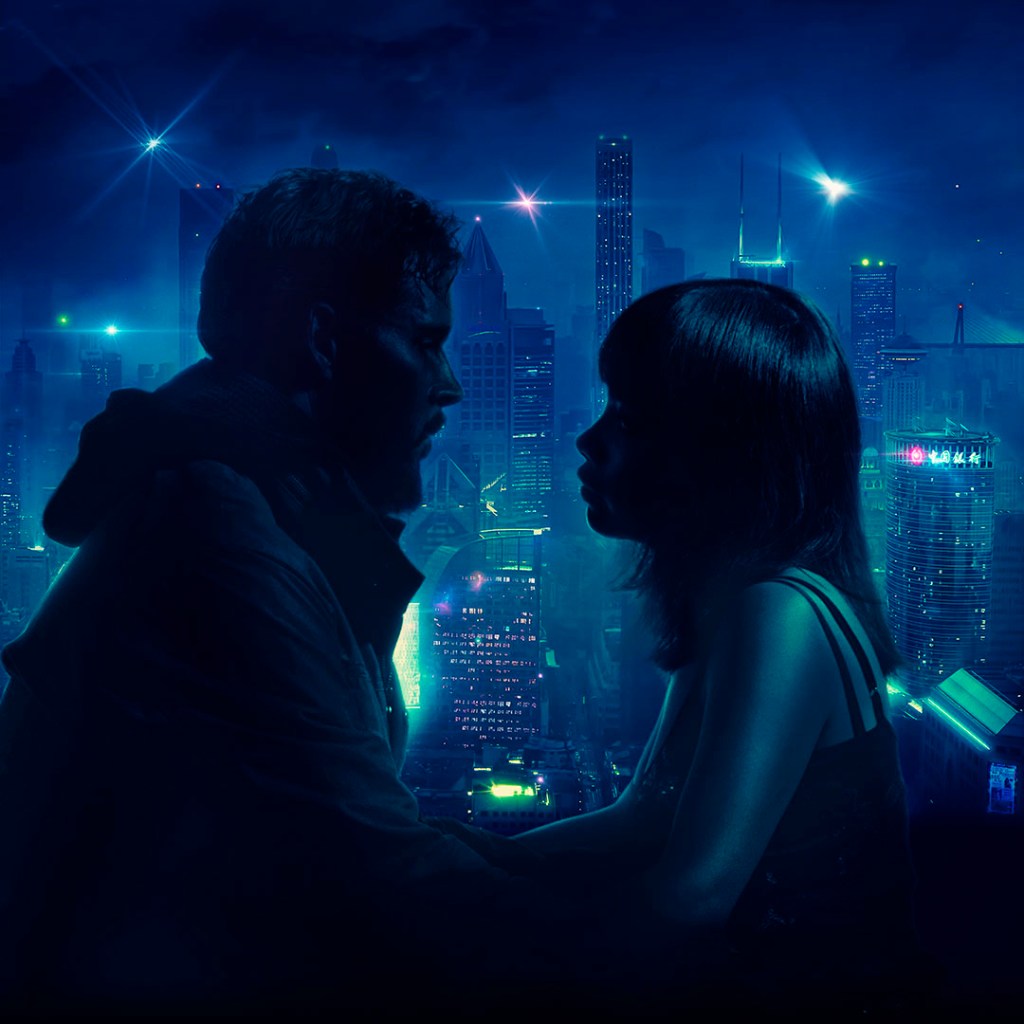 Bunya Films’ distribution arm, Dark Matter, has announced the release date and trailer for Ivan Sen’s Loveland. The film is described as a romantic sci-fi set in a futuristic Asian megacity where two hardened souls meet and confront each other. The film is slated for 28 October.

A score that reminds you of Vangelis is just the start of the Blade Runner references. Some may also see hints of Wong Kar Wai’s saturated colour palette, but Loveland will be very much the Gamilaroi auteur’s own authorial vision. Sen is credited as writer, director, producer, DOP, editor and composer, and he also graded the film.

Shot in Hong Kong and Macau, as well as Brisbane and the Gold Coast, this one is a direct move away from past themes of Indigenous identity, and from the widescreen Australian landscapes of Mystery Road, Goldstone, Toomelah and Beneath Clouds.

‘In a futuristic Hong Kong, assassin Jack (Kwanten), crosses paths with a nightclub singer, April (Nguyen). As Jack becomes increasingly drawn to April his body mysteriously deteriorates. Jack tracks down reclusive life extension scientist Doctor Bergman (Weaving), in a search for answers. Doctor Bergman unearths Jack’s long-buried secret and is forced to confront his own murky past. As the net that connects them tightens, Jack and April struggle for love and face their past, in a world on the cusp of immortality and extinction.’

Made with a minimalist cast and crew, Loveland‘s other HOD credits include Adam Head as production designer, Vanessa Loh as costumer, and Thom Kellar on sound design. Loveland is produced by Sen, alongside David Jowsey, Greer Simpkin and Angela Littlejohn. The international sales agent is Tri-Coast International.

A short history of Bunya

David Jowsey, impressed by Ivan Sen’s talent and singular vision, formed Bunya Productions with him in 2009. Sen had made a name for himself with a collection of award-winning short films and a Berlin Silver Bear-winning feature debut, Beneath Clouds in 2002. Jowsey produced Toomelah which was selected for Un Certain Regard at Cannes in 2011.

Greer Simpkin joined Bunya as co-managing director and head of TV in 2015 and as everyone knows, Bunya has been a raging success story for Indigenous stories, with the acclaimed Mystery Road movies and TV series in addition to award-winning films like Warwick Thornton’s Sweet Country ( Special Jury Prize at Venice in 2017 as well as the Platform Prize at Toronto), and Stephen Johnson’s High Ground which premiered with a special gala at Berlin in 2020 just before international lockdowns hit.

NZ producer Angela Littlejohn joined Bunya in 2019 and produced Loveland as well as Leah Purcell’s upcoming The Drover’s Wife. Littlejohn is also a producer on Matthew Saville’s Juniper, starring Charlotte Rampling, and on Michelle Savill’s Millie Lies Low, both made in New Zealand.

The Enigma of Sen

Sen remains one of the more enigmatic figures in the industry. His 2009 experimental feature Dreamlands was shot on location in Nevada USA, and screened at Brisbane and Melbourne Film Festivals after premiering in competition at the 2010 Busan Film Festival. Among my circle, it has the reputation of being almost mythically hard to get hold of, though we are all keen. We will keep looking, but here’s the trailer for Dreamlands.

Speaking of enigmatic, here are some words about Loveland from Sen’s director’s statement.

‘Unarticulated sentiments in an alienating world. A hybrid of sorts, a sci-fi that is genuinely a female story as much a male one. A story about love could never be anything less and requires an equal focus on the male and female participants.

Wet, crowded neon streets, bursting at the seams, the next moment, a lone figure on an empty road – searching for something, for what it once was to be human.

It is a world where humans struggle to rewrite themselves as creatures without the need for love and trust.

It is not a world of fake hologram screens, nor one of hi-tech gadgetry and gimmickry. It is an extension of the world as it is now – Near-fi. For those who migrate to survive, living at the bottom of the food chain, it is a world of challenge, of realism, but ultimately it is an optimistic fight to where we are going and who we are becoming.‘

Loveland will release in Australian cinemas on 28 October 2021.