Tasmanian TikToker Ella Watkins has won $25K for her winning pilot in the 'Got a Minute?' competition.
Silvi Vann-Wall 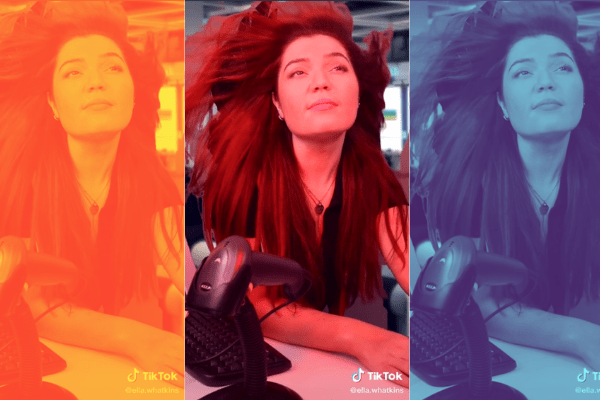 You may know her as @ella.whatkins on TikTok – and you’re about to see a lot more of her. Image: Ella Watkins/Canva

Tasmanian filmmaker Ella Watkins has won the Screen Forever ‘Got A Minute?’ competition, with a pilot for her series The Down Under.

Watkins has been making TikToks since 2019, and her videos regularly rack up more than a million views. In The Down Under, she plays multiple characters in a post-death processing department, who she describes as ‘corporate slaves who eventually became anarchist anti-heroes’. The series being teased in her pilot video is a darkly comedic one that targets everyday bureaucracy.

Up against Ella Watkins and The Down Under were two other finalists: Joshua Garlepp with Mundane Madness, and Tales from the Dark Web by Ryan Cauchi.

Watch the winning entry below:

‘I’m so excited to bring this to life,’ Ms Watkins said. ‘Thank you for seeing the potential in TikTok and everything it has to offer. It’s a breeding ground for magic’.

‘Got a Minute?’ is a yearly competition that calls for participants to submit a pilot for a high quality 10 x 1 minute series. Three finalists then screen their 1-minute pilot, answer questions from an expert industry panel, and compete in a live pitching round for $25,000. The cash prize will go towards making a series of 10 x 1-minute episodes for the TikTok platform.

A people’s choice award will also be given out to one of eight ‘honourable mentions’ in the TikTok competition. You can head to the tiktok_australia instagram to watch all the entries and submit your vote.

To find out more about ‘Got A Minute?’, go to the Screen Forever website.