Australians are used to doing well at prime kids' TV moment the international Prix Jeunesse Awards. But this is the first time producers can accept them in their jarmies.
David Tiley 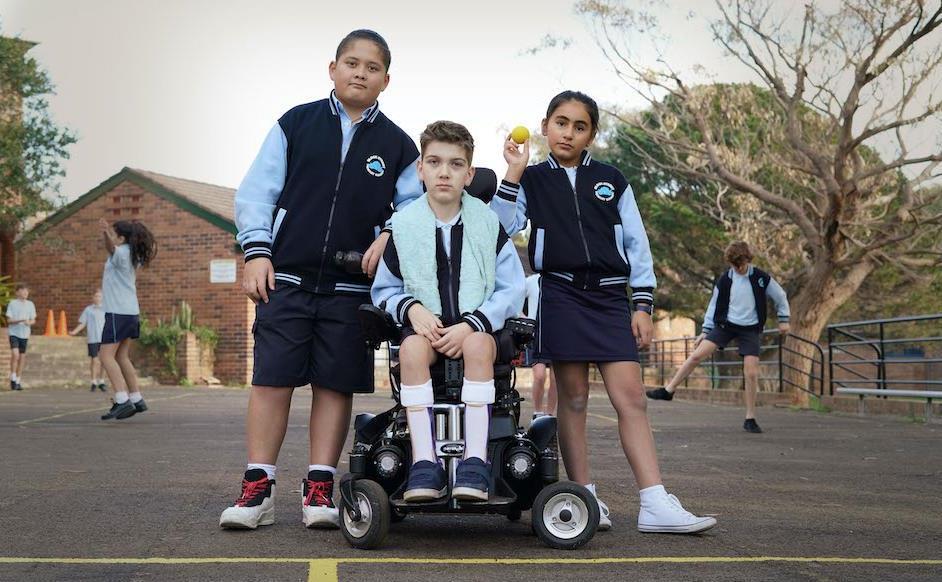 The Hardball crew behaving themselves. Image from the ABC.

Some stories truly deserve to be celebrated. Just as the commercial broadcasters push once more to put the bullet into their share of children’s television, the ABC enters its annual crop into the Prix Jeunesse International Awards.

These are very serious. The organisation is based in Germany, is 64 years old, has adult and youth juries, and relies on a network of supporting organisations around the world. The rules stipulate

This year it has gone virtual, described as: ‘Separated by Crisis; Together in Commitment to Children.’

For a week the participating judges watched entries online and discussed their opinions. Then they voted. The ABC is responsible for two outright winners.

Hardball, produced by Northern Pictures, won the Prix Jeunesse for the world’s best children’s fiction program for 7-10-year-olds. It also won the international jury section, which is judged separately by 500 children’s television experts from around the world, according to the ABC release. In 13 by 30 minute eps, Northern Pictures says

When Mikey’s daddy (Daddy) scores a rugby league contract in Sydney with the Western Sydney Bullfrogs, he upends their lives in New Zealand and plonks them in Western Sydney. They move in with Mikey’s auntie (Auntie) who has the people skills of a toaster. To make matters worse, her home doubles as a mechanic’s workshop and Mikey has to sleep in the back of a panel van.’

There is a strong New Zealand connection. The producers are quite a gang – Jacqueline King as line producer, Joe Weatherstone as series producer with Catherine Nebauer, Bernadette O’Mahony and Jan Stradler as executive producers.

The series was written by the team of Guy Edmonds and Matt Zeremes and direction was spread between Darren Ashton, Kacie Anning and Fadia Abboud. Agencies are Screen Australia and Create NSW.

Catherine Nebauer describes the experience as, ‘The most fun experience I have had since I set up Kids at Northern Pictures around four years ago.’ It was wholly financed in Australia with serious support from the agencies and the ABC. The creators Edmonds and Zeremes were committed from the beginning to the idea that this story would reflect the lived experience of Sydney’s western suburbs, which was a powerful attraction for Northern. While it pays into current concerns about content and industry structure, it also led to important disciplines about consultants, accuracy, multicultural casting and the engagement with an actor with a disability and a family who made it possible.

The series did very well on the ABC and is selling internationally  – not surprising given the sheer grippiness of a lively, imaginative and simply explained premise, powered up with the persona of Julian Dennison of Wilderpeople fame.

Nebauer acknowledged the increasing difficulty of financing live action kids in a world of co-pro friendly animation. But Northern Pictures is committed to more of them, which is very much inline with ABC thinking. And she believes that international interest in actor driven shows for youngsters is growing, partly inspired by the impact of COVID-19.

The Unlisted won the international youth jury prize for the world’s best fiction for 11 –15-year-olds. It was also the ‘runner-up for the main trophy in that category.’

It is described as a young adult series by production company Aquarius films, which is the duo of Angie Fielder and Polly Staniford, whose work includes Lion, Berlin Syndrome and Dirt Music, alongside TV series The Other Guy and The Unlisted.

The series is still running on iView.

It has one of those blunt synopses built from interweb speak: ‘Twelve-year-old identical twins. Unexplained abilities. A global conspiracy. And one question: who are The Unlisted?’

This show was not so much a production as a tribal gathering, with ten writers and six directors. Fielder and Staniford are the producers, the showrunner and executive producer (ak creator) is Justine Flynn, the line producer is Annalisa Brown while Alice Wilson is associate producer and Michelle Goodman is the post producer.

All of the producers in both of these shows are women, there is a solid non-Anglo presence in the other creators, and both projects are inherently multicultural.

The production partners are really interesting: it was made in conjunction with Netflix and Sinking Ship with Screen Australia.

Bluey and Little J and Big Cuz were also entered but didn’t win. Despite the huge affection here for both those series,  Australian live action turned out to have better cuts-through, maybe because a sophisticated audience understood the sheer difficulty of making them in a world swamped by animation.

The only other English language winners came from Warner Media Great Britain and Apple TV+ in the US, with a special achievements prize going to Canadian company Sinking Ship.