Bruce Miller, project creator and an executive producer on The Handmaid's Tale, talks producing. 'I'll sacrifice everything to give my actors a chance to do their job.'
David Tiley 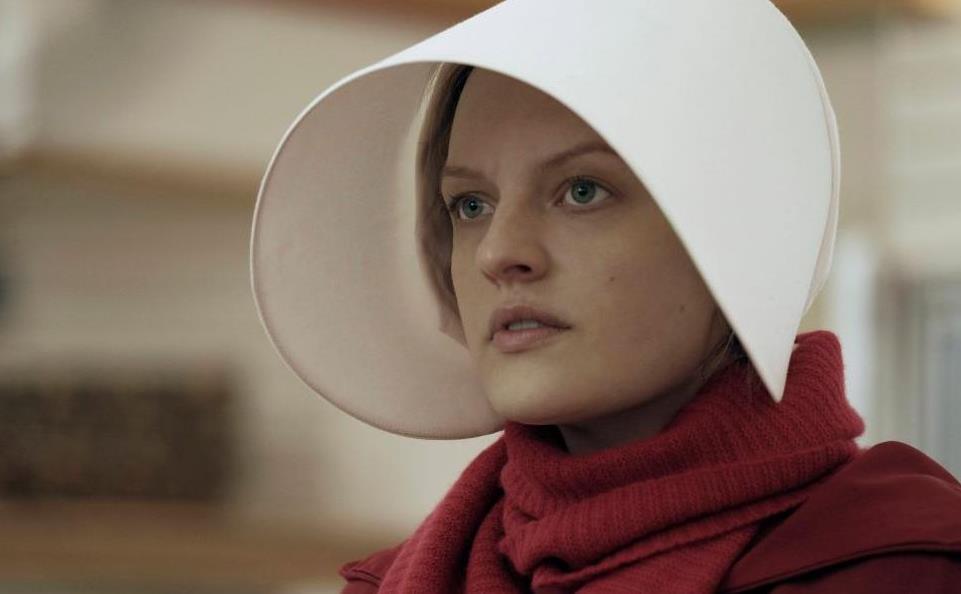 Elisabeth Moss in action on The Handmaid’s Tale. Image: The Observer

Bruce Miller took a 1985 dystopian feminist novel by Margaret Atwood and turned it into an extraordinary collective ritual for the 21st century. Here is a preliminary interview for his session at Screen Forever in February 2021.

The Australian sector is expecting a fair deluge of fugitive American productions over the next couple of years. Do you think that’s actually likely to happen or is that a fantasy?

I think that a deluge is probably not gonna happen but it depends on moving to production as opposed to starting a production. You’re not going to be moving things at this point, I think. People have sat for so long they are going to wait, so its only new productions that would end up in Australia. And that’s been going on for a long time and with very good reason. it’s a terrific place to shoot and this might help to put that on people’s minds a little more. But they are on a good track anyway.

Are you feeling that you are able to focus on the art with a few annoying things like masks, or do you feel it’s a very different kind of production?

We are back to production. We shut down in March – we had only been shooting for a few weeks, so we just pulled the plug on a Friday.  We have pulled our our cast and crew from all around the world and all those people had to get home immediately as the world was shutting down.

We were able to get back up and running in the fall and we’ve been running since then. It took a long time to find something that was both workable and genuinely safe, and they found something that’s sustainable as well. There might be many fewer people on set, including me – I am not anywhere near the set.

‘The only thing that matters on a show like this is the quality of the work. It doesn’t matter if they are huge vistas or small vistas as long as they are beautiful.’

And so with our show we tried very hard to make that space, and we were saddled with much shorter shooting days, not really based on the time it takes to do the protocol things, but just based on keeping people’s immunity up by making sure they are home and asleep. They can’t be working those long hours, and it’s wonderful – everybody’s much healthier across the board. The only priority is making sure that the directors, all the people, are still doing creative work and not just scrambling to put something on film.

I am fascinated by that sort of psychological universe that you’re having to dip in and out of because this is such an intense project and so engaging. I wonder how on earth you keep being part of that world.

There are times and there are elements of it that  are very exhausting. In a real basic way – physically exhausting, mentally exhausting, working really hard on something awful and doing research on something that is awful. We follow the same rules that Margaret Atwood did – we don’t do anything to women that’s not being done in the world right now or has been done in the modern era. And, unfortunately, we have 100,000 things to choose from. And we’re very much in touch with the UN and all, but there’s two things that I think are hard to recognise from the outside:

The first kind of goes with the territory and divorcing yourself from very rough material. This material is very rough in the way that is being presented, but I would argue that a lot of cop shows are a lot rougher – the thought process that the writer has to go through is exactly the same.

They have to think about ‘okay this person is walking into a room’ and for the actors, they’re walking into a room with a dead person they don’t know who has been blown apart. So I think that you get used to putting that so it goes with the territory. So, you know not to be flip, but you get practiced at focusing on making something good.

It’s really a function of two people you can kind of blame –  Elisabeth Moss and Reed Morano who directed our pilot, setting up an environment that was both a place where you do great work but you act like you’re in fourth grade, I mean it’s really unbelievable the amount of like gum chewing and giggling and sticking your tongue out and giving the finger and farting and oh my god it’s like you cannot believe it. They are having a great time because they are at the top of their game. And as Lizzy says, she is pretending to be scared and sad. ‘It’s my job to pretend, I’m an actor.’

Your role in this is unique, in that ultimately you control the story, based on a wonderful starting point. Unlike most shows it is an adventure into the nature of humanity. This is coming not out of the dark places in you but from the dark places of humanity that you investigate in your own imagination. Are you on a journey of learning or does it just pour out of you?

I’m a kind of a slave as a writer on a very basic level. I tend to think about things in a very simple way, and the simpler the better. So I’m very attuned to point of view. A lot of the point of view of the show is so much from June’s point of view, you don’t see anything that June doesn’t see, anything.  It keeps you intimately in the show. So I think that putting yourself in that point of view, that’s what takes the emotional toll on me.

And I think that’s what takes the emotional toll on the actors, which I think they all have different ways to deal with. And that’s part of the prep. I think they deal with that stuff really privately – everybody has people in their lives  who are with them, who they lean on very closely.  These are these are grownups  with with lives that are very stable and solid, so they have support networks that are really quite stable.

Presumably that is true of you as well.

Yes, I am very lucky to have a wife, who is also a writer in a non-drama area, and a partner in all this kind of creative stuff. But for me, the hardest thing is when you have to get in the head of someone like Fred Waterford [Joseph Fiennes], and think about how he justifies things. I try very hard to say how would I justify this and I don’t make it any more complicated than that. Up until recently I thought that was a pretty good way to approach it.

You know, since the era of Donald Trump I feel a little like, I don’t really understand the way a lot of men think. I grew up in a house with three sisters and, and I didn’t think I was quite as blind, to, to, to, you know…  yeah,  it was like alien to me.

I don’t know if my approach has been right or wrong over the last few years, if I’m giving Fred so much credit of self reflection, that is not enjoyed by the rest of the world or experienced or even sought after by anybody else. But that’s what I gave him and that’s the kind of guy he is and that’s the kind of guy Joe is and he comes to very different conclusions but he’s a thoughtful sensitive guy who wants to do the right thing and he wants to feel like he’s doing the right thing.

I think there’s a couple of things. First of all, on a kind of a crass level, it’s entertaining, I mean it’s it’s very beautiful, it’s busy, it is very watchable. There’s always something going on and you have no idea what’s going to happen next. No idea. You know, anything could happen and that’s not very common. That doesn’t come by accident and that is the lesson we learned from Margaret’s book. On a very basic level, I think it’s entertaining. It’s a frigging freight train. I mean, don’t even think about it.

But there’s two things first and they are both about June [the character]. The first is Elisabeth Moss, who is extremely gifted and extraordinarily hard working. She is so much better than you possibly could imagine. No matter what anybody said about her she’s better than that. And so she catches people’s hearts.

The other thing is there’s something relatable about June And it doesn’t matter whether it’s a bad situation or a good situation, you can imagine yourself in it, it’s evolving and I think that’s part of it. If you can really imagine yourself being there and go, ‘would I do that or this there?’ Then I think Lizzie makes that happen, but we lean into that and make it, as I said, it’s about point of view.

We haven’t even talked about how you build a story, but that is a big discussion which I will watch on Zoom as you are interviewed at Screen Forever. I’m really glad you’ve agreed to do it.

Oh, I’m so happy to be able to go. I mean, COVID is bad, but it means I can do it. Every year I get invited and I have to say it is in the middle of the season. I say no with a heavy heart, and so this time I can say yes, with a happy heart.