Spider-Man: No Way Back overwhelms the world's box office even beyond the dreams of Hollywood executives.
David Tiley 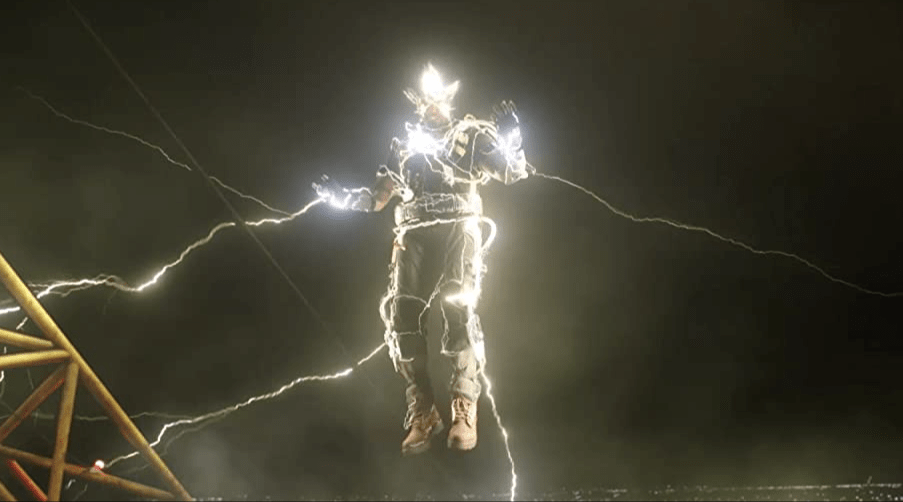 Read: No Time to Die is a victory lap

That is impressive in these weird times. But Spider-Man: No Way Home took $26.19 million in Australia over a single weekend, so it is roughly six times as enticing as the most beloved recent Bond film. Strewth, as we say on this side of the equator.

It took $8.74 million off its first day, sprang out on a fairly modest 315 cinemas, but on 1121 screens which puts the picture on high rotation in many key multiplexes. Thirteen in a single day for Doncaster is just one example.

Dune, after three weeks, is hanging on at number two on the greasy pole of popularity, but it made no more than $910,000 and lost 67% in a week. Who cares about big worms in a sandpit when you can have a human arachnid?

Read: Dune deserves the biggest screen you can find

Encanto, the family animation flick, is down to $770,000 for the weekend. It gained 26 screens to make 333, as it gears up to haul the kiddies in through the holidays.

Venom: Let There be Carnage obeyed its own title as it surrendered 160 screens and took all of $451,000 on the way to $14.1 million in total after four weeks.

Wes Anderson’s The French Dispatch was mugged for screens as well, down by 59 to 106, which is a bit cruel for such a wonderfully zany picture for grownups. $1.12 million is two weeks is chump change for Disney.

The Eternals should deserve some respect for its $15 million in seven weeks, but was stripped of 101 screens to collapse down to 34, which made all of $17,000. It is presumably touring the regionals where the collision with Spider-Man will be particularly brutal.

Read: Eternals is a sombre slog

But the question now is: what happens next? Spider-Man has harvested the cult audience, but may be too juvenile for mainstream crossover, and repeat viewings won’t pump it up for long.

The answer is not hugely kind to exhibitors. On Christmas Day, The Tragedy of Macbeth appears, while Boxing Day brings The Matrix Resurrections, West Side Story and Licorice Pizza, with The Worst Person in the World.

December 30 brings Clifford the Big Red Dog, while Jan 1 parades Ghostbusters: Afterlife and House of Gucci, with The Kings Men on Jan 6 with Red Rocket and The Addams Family 2. Then the flood becomes a trickle, as Will Smith tennis/teenagers King Richard arrives on Jan 13, bulked up with another Scream film and action spy film The 355 with four women agents. Then it is pretty well crickets.

Spider-Man: No Way Home launched itself like a jumping spider into a beehive, laying eggs in a vast number of helpless drones. It took $356 million in the US, added $470 million around the world, and slid thankfully into the history books at number three in opening weekend box office, below only two Avengers releases.

It all adds up to three times its budget in five days, to make Sony very, very happy. Still no indication of a China release.

Meanwhile, West Side Story has been open since December 8 in many markets and has taken $26 million in North America and $3 million pound the world. The Australian take is not going to make much difference to its ghastly figures. Fortunately the budget was allegedly kept to $140 million so Spielberg’s Amblin Entertainment will roll with the punch. And it is not even streaming.

After seven weeks Clifford The Big Red Dog has taken $56 million in the US and $27 million in a sad international run where it seems to be a weird curiosity. It is now even with its production budget, and needs to do much better off the streamers where it is currently on Paramount+ and bound for Stan in Australia.

The situation in Korea is interesting in a grim way. With rising Covid numbers, the government has tightened regulations on the cinemas, According to Variety’s Patrick Frater, all cinemas must match a government quota of 73 days of local movie screenings per year and numbers are down so far that is now under threat.

The cinemas in China are also quiet.