Peter Rabbit 2 is loosed on the world as if the bunny was born under a Coolibah tree to the distant howl of kelpies and the scream of petrol engines. In their hearts, these films are a bit feral.
David Tiley 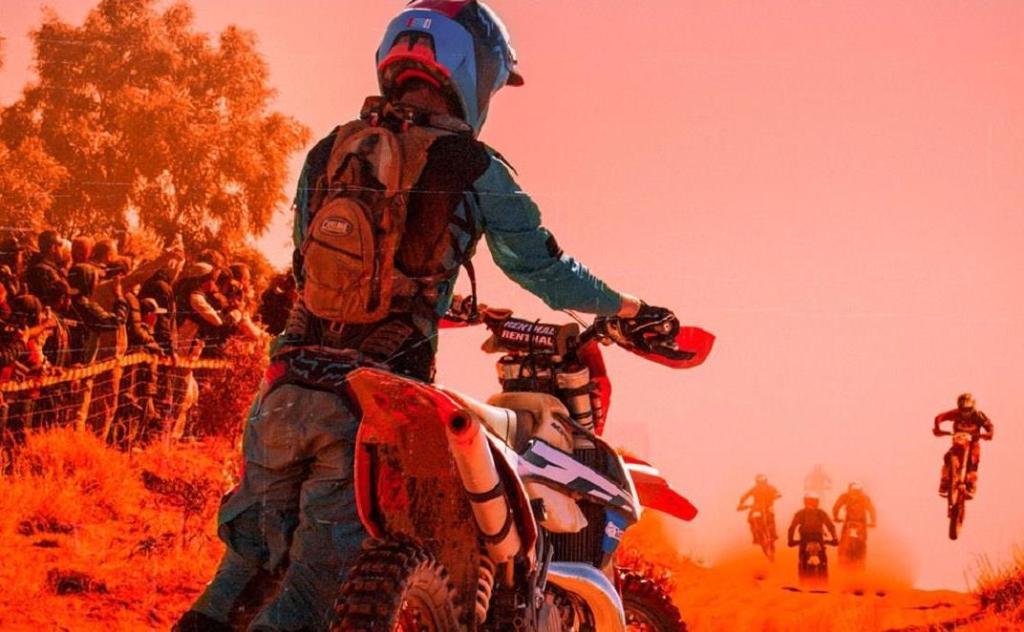 If you want a film about the tuff heart of Australian desert life, here it is. Finke: There and Back by Dylan Rivers and a gang of helpers popped up in cinemas again.  Image: Madman

The staff at Animal Logic can breathe freely again as Peter Rabbit 2 launches on the US market. In hard times, with at least 20% of cinemas still closed and most of the rest only at a Covid-squeezed 50%, it has done pretty well.

It made $13.5 million off 3,334 cinemas in direct competition with Hispanic musical drama In the Heights which took $13.8 million. At least the bunny film is not streaming, unlike In The Heights.

The US trades are having a fit because they had predicted more for both titles. Certainly the first Peter Rabbit film did stunningly better with $32.5 million in its debut US weekend.

However, the results for the UK are encouraging at $22.7 million in three weeks off 594 cinemas. The Russians report $6.4 million in a month from 1880 cinemas, New Zealand pops in with $3.6 million, and Mexico adds $2 million.

According to Variety, Peter Rabbit 2 made $10.1 million off 10,500 screens in China over its first weekend, which gave it the number two slot on the holiday weekend for the Dragon Boat Festival (which sounds so much more exciting than the Queens Birthday.) It looks as if China is having a lull in the sector as the number one film is an athletics picture called Never Stop.

So the world total for Peter Rabbit 2 is now around $75 million. US publication Forbes reckons it cost around $60 million to make, which is a bit less than the first Peter Rabbit, Animal Logic being a canny company. Given that the first film made around $455 million around the world, the investors will have a lot of money stashed in bunny-proof hollow logs and can afford to make a more modest pile of acorns this time round.

Read more: The scale of Peter Rabbit’s success, with some encouraging charts.

The local Australian box office seems to be frozen in time. Top of the table for this week’s income is still The Conjuring 3: The Devil Made Me Do It, which has now taken $3.68 million. The list is almost exactly the same as last week, though June Again was pushed out by racehorse film Dream Horse which made $772,000 in its first weekend.

DreamWorks animation film Spirit Untamed, also a horse flick for kids, has pushed its way in at number five, followed by Peter Rabbit 2, now on $21.23 million and taking $128,000 over a weekend. It won’t make the $27 million of its predecessor but it is close considering the conditions.

Here is a chart of the 2021 box office for Australian films. It is not complete but it does contain the films that had a conventional release with a funded effort to reach audiences.