Here's what the Screenhub critics liked best this year. Catch up during the long summer binge.
Rochelle Siemienowicz 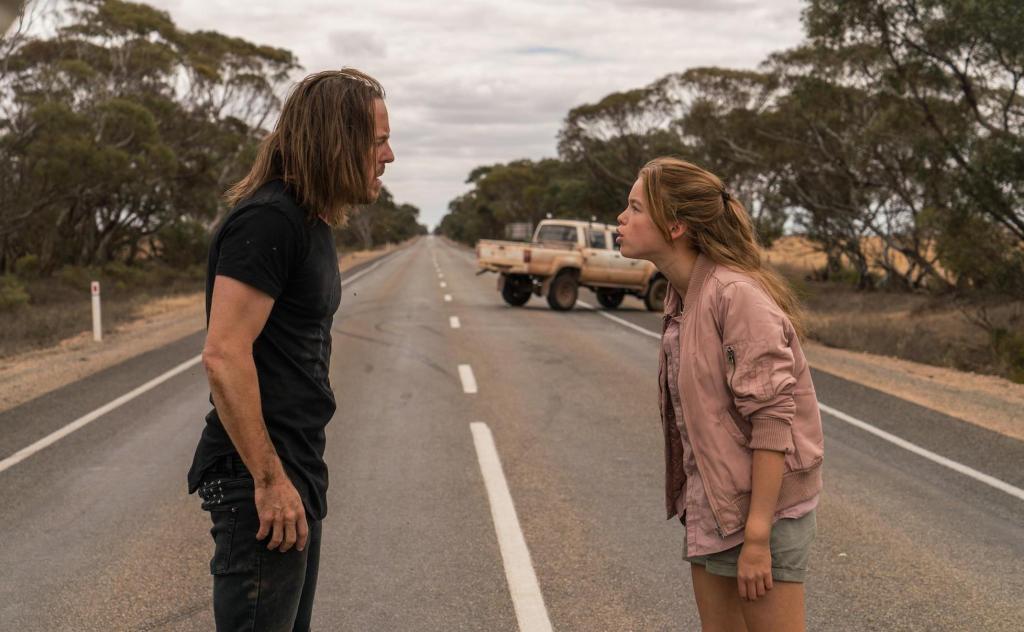 What they said: ‘Upright has the emotional frontal-lobe-bypassing impact of music. But it also sports frisky, tongue-in-cheek, clever-Dick writing that is reminiscent of Phoebe Waller-Bridge scripts for the first season of Killing Eve. At the very least, Upright is one of the year’s best. But it may prove to be an iconic moment in Australian cultural history.’ Full review.

What’s it about? Tim Minchin plays a luckless musician, the black sheep of his family, driving across the country to Perth to see his dying mother. Carting an upright piano behind him, he’s waylaid by a sassy foul-mouthed runaway teen (Milly Alcock). Created by The Chaser’s Chris Taylor, and written with Minchin, Kate Mulvany and Leon Ford, this eight-part half hour drama goes deep with characters you care about.

What they said: ‘To work, a successful dramedy needs to get both sides right: it needs to be funny as a comedy, while still holding together as a drama…. Frayed pulls it off.’ Read the full review.

The Hunting (SBS On Demand)

What they said: ‘The Hunting is an extremely rare event in Australian television history. The power and topicality of the story are more than matched by the quality of the writing and craft of the production. It’s as hot and urgent as it is considered.’

What it’s about: The four-part series follows two high school teachers who discover students are sharing nude photos of their underage friends and peers. Created by Sophie Hyde and Matthew Cormack, who co-wrote with Niki Aken, this was a drama ripped from the headlines, fearlessly dealing with teen sexuality. Directed by Ana Kokkinos, it starred Asher Keddie, Richard Roxburgh, Sam Reid, Jessica De Gouw and a host of diverse young talent who actually looked like your average Australian high school population: Luca Sardelis, Kavitha Arandasivam, Yazeed Daher and Alex Cusack.

What they said: ‘There’s little like it on television right now: a series that adheres to the blueprints of the past, yet has been updated just enough for the contemporary age. It’s the mum’s roast of Aussie TV.’ Read the full review.

What it’s about: Bringing back the serialised slice-of-life drama (aka soap), The Heights was a bold commissioning and programming move by the ABC. But the move paid off with this popular and lovable 30 x 30 minute first series, set in the very diverse community around a high rise public housing tower in Perth. A second 30-episode series will go to air in 2020.

What they said: ‘This is a series that deserves a mass audience.’ ‘Bloom blurs the boundary between arthouse drama and S.F. in a deceptively easy-paced first episode. Centring on a decades-long love triangle between actress Gwen (Jacki Weaver), her scientist husband Ray (Bryan Brown) and former boyfriend Max (John Stanton), ‘The Memory Box’ prioritises character over action and mood over mystery. Do not be lulled by the adoring cinematography and the heroically contained acting! There isn’t a single inessential detail in the 52 minute premiere. It amply rewards the closest attention.’ Read the full review.

What it’s about: A year after a devastating flood in a country town kills five locals, a mysterious new plant is discovered with the ability to restore youth. Stars Jacki Weaver, Bryan Brown, Ryan Corr and Phoebe Tonkin. A second series is due in 2020.

What they said: ‘Four-part ‘who-dun-wot-exactly?’ The Cry follows Joanna’s unlikely journey from harried new mother with a constantly wailing baby (if you’re not feeling infanticidal by the end of the first episode, you’re a saint!) to someone who wears masks by necessity. It’s a stylish and compelling series, as close to flawless as Australian TV gets.’ Read the full review.

What it’s about: Unravelling the mystery surrounding the disappearance of a baby,The Cry is a four part adaptation of Helen FitzGerald’s novel, written by Jacquelin Perske and directed by Glendyn Ivin. A UK/Australian co-production, starring Jenna Coleman, Ewen Leslie and Asher Keddie.

What they said: ‘This has always been a series more about mood than most Australian dramas, and while much of the initial angst around the original Risen has faded this still manages to constantly evoke a world where things aren’t quite right. Much of that is thanks to the setting. Glitch has had strong international appeal … and it’s a great example of the way Australian locations can enliven a genre story.’ ‘These are some zombies worth catching up with.’ Read the full review.

What it’s about: What if someone you loved came back from the dead, and they just seemed normal? What would this mean for those who’d gotten on with their lives? Created by Tony Ayres and Louise Fox, this third season delves deeper into the reason behind the Risen. Stars Patrick Brammall, Emma Booth, Rodger Corser and Anna McGahan.

What they said: ‘There can be no doubt that the camera loves Scott Ryan as Ray Shoesmith – no matter what nasty business the character may be in the process of executing. His relaxed walk, his toothy grin (with bald head bowed), his way of telling people exactly what he thinks of their prevarications and pretensions – all this is quietly riveting.’ Read the full review.

What it’s about: A hitman struggles to juggle his relationship, parental responsibilities, friendships and a sick brother, while also trying to do his job in this black comedy crime drama. The character, created and embodied by Scott Ryan began life as the 2005 mockumentary The Magician. There are now two seasons of the show, which also stars Brooke Satchwell, Damon Herriman and Justin Rosniak. Also of note, Scott Ryan just won Best Lead Actor in a TV Drama at the 2019 AACTA Awards for this role.

Fat Pizza: Back in Business (7Mate)

What they said: ‘You’ve got to be doing something right to keep a comedy series going on Australian television for almost 20 years. And while exactly what that might be isn’t immediately obvious, Fat Pizza: Back in Business is definitely the most polished of Fenech’s recent efforts. His blunt, broad style of comedy always hits a nerve; for the first time in a while, that nerve is connected to the funny bone.’ Read the full review.

What it’s about: Waking up from a coma, Pauly Falzoni (Fenech) awakens and spends his compo payment on reopening his pizza shop in the Sydney suburb of Hashfield, a place that recent waves of immigration have changed beyond his recognition. We’re adding this one in to show we’re not snobs for ‘quality drama’, and as Anthony Morris argues, no-holds -barred equal opportunity offensiveness makes it hard to be offended by this crass and uniquely working class comedy.