From record shops in Brooklyn to the court of a Russian Czar, to a dystopian carceral future, the office’s favourite watches this month truly span the ages.
ScreenHub 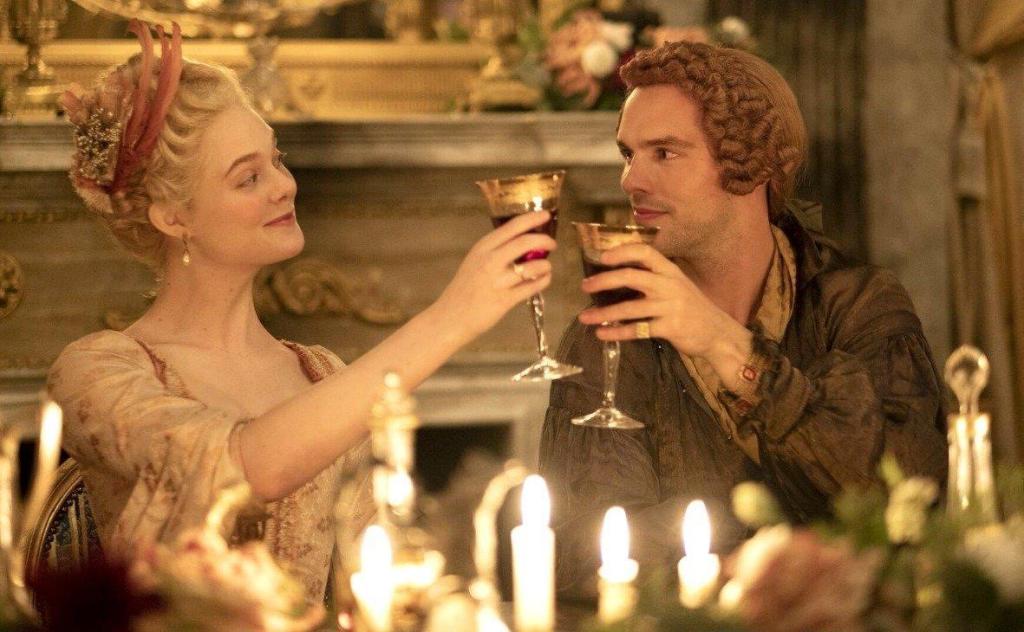 Pour yourself a glass of wine and cozy up with some great shows and movies, streaming now. Image via Stan.

We have discerning taste here at Artshub and Screenhub. We like our comedy wry, our horror existential and our drama believable. And this month, our ‘what we’re watching’ roundup reflects this completely. From new seasons of old favourites, to newly discovered obscure picks, to breakout shows – and one new show that aimed for moon and landed, well… if not ‘among the stars’, then at least its cast is suitably celestial. Read on, and enjoy our picks for prime winter viewing, all available during June to stream from your very own couch.

The most recent period dramedy from Australian writer Tony McNamara (who was also responsible for Oscar-winning The Favourite) has enthralled Screenhub’s editor, David Tiley.
The series is based on a play about Catherine the Great that McNamara wrote for the Belvoir in Sydney – the success of which led him to his work on The Favourite. David recommends this series, saying that it pulls into focus ‘the zaniest and most exciting elements of The Favourite, in this account of an innocent at the disgustingly decadent, perverse, hilarious and unconsciously honest court of Peter the Third, Czar of Russia.’

Read More: The Fun of Making the Favourite


Here’s a gem that comes from home: Screenhub writer Rochelle Siemenowicz just watched season 2 of Mystery Road. Written by Blake Ayshford and Steven McGregor, this Indigenous-led drama is directed by Wayne Blair and Warwick Thornton, marking Thornton’s first outing directing TV drama. She really enjoyed watching its classic Western/thriller genre elements play out a little closer to home, in a season that she describes as ‘tough, taut and very entertaining.’

Set in North Western Australia’s Kimberley region and Broome, season 2 sees the return of Detective Jay Swan (Aaron Pederson), the ‘strong silent type who drives into town to single-handedly solve mystery’ ‒ though not without the help of a fantastic sidekick in local cop, Jada Alberts. Jay also happens to find his ex wife (Tasma Walton) living there. The show takes full advantage of the unique landscape of the region, beginning with ‘a headless body in the mangroves, and involving drug trafficking, an archeological dig, and a secret murder in the local community.’


If you’re looking for a fantastically, dark, funny, character-driven drama, look no further than Big Little Lies, the second season of which is currently streaming on Foxtel Now. Screenhub writer Jini Maxwell enjoyed this series, saying that: ‘watching the ramifications of a relatively minor inciting event reverberate out into the community, fanned by the existing tensions and hidden traumas of the residents of Monterey, had me and my partner on the edge of our seats. Season one had some truly harrowing depictions of violence, but the writing was so sharp, and the characters so believable, that it was worth it.’

Season two picks up after the shocking cliffhanger of the season one finale – and the addition of Meryl Streep to the cast makes it a must-watch.

Next up, we have Zoe Kravitz in another excellent role! Our Head of Business Development, Jane Chisholm, has been loving the reboot of the Nick Hornby classic, High Fidelity. The series is streaming on ABC iview and stars Kravitz, who Jane describes as ‘so fabulous as a cool, whisky drinking, heart broken, record store owner in Brooklyn.’

The supporting cast are similarly strong; this re-envisioned romcom may have made some major changes, such as flipped genders in the casting of many roles, but the message is the same: as Jane puts it, ‘music is the healing power.’ The music of the show is yet another highlight. Series co-creators Veronica West and Sarah Kucserka enlisted a team of music supervisors, including The Roots’ drummer and frontman Questlove in the executive role, to ensure the soundtrack was diverse, highly engaging, and packing the emotional punch that the narrative demands.
At ten episodes in the first season, it’s also the perfect length to binge.


If you’re not after something familiar or feel-good, our Digital Media & Sales Coordinator has been delving into the frightening flicks that are currently streaming for any horror films out there. She recommends The Platform, a Spanish science-fiction-thriller that would be ‘perfect for fans of gory and psychological horror.’

Ebony lauded the show’s premise, a dark social allegory set in a vertical prison, and described it as ‘delving into the human psyche, and the greed of humanity.’ If there was ever a time for some humanity-wide introspection, 2020 is probably it!

He elaborates: ‘Carell gets too much air time with elaborate set-ups of him in choppers, secret bases and general spy satire that made his Get Smart re-make a flop. Malkovich and Kudrow are wasted in support with few lines.

‘At a time when SpaceX is launching its first commercial flight and white privilege is challenged, this really misses the satirical mark. Bumbling government is eating itself with Trump but this series wants to expand on the legend of space as the final frontier rather than an expensive distraction from what’s happening on Earth. It would have been better if it was another workplace observational comedy but this workplace comes with political context that is nothing to laugh about.’