What happens when production courses go online in a frenzy of digital change? We give you Griffith University and Victorian College of the Arts.
David Tiley 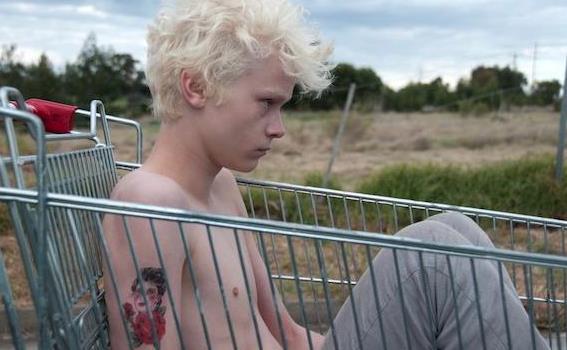 Bino was made at the VCA by Billy Pleffer in 2011.

As universities switched over to online learning, the practical screen courses faced three problems: 1) production is a group activity, 2) schedules are often really intricate and 3) students are trying to earn the money for their productions.

It seems the defence of courses depends on the support of the core bureaucracy. Some managements may see this as a chance to shut down expensive programs, while others understand that screen production is central to their ambitions. We talked to Trish FitzSimons, Professor at Griffith Film School in Queensland and Sandra Sciberras, the head of the VCA Film and TV School in Melbourne. Both of them are determined to survive and are backed by their universities.

Both were given two weeks to shut down any face-to-face teaching and consequently turned to online work, as per government instructions. Both of them pushed the production courses out to the second half of the year and are hoping they will be out of trouble by then.

‘We’re certainly starting to talk hard about second trimester,’ said FitzSimons, ‘but it’s an ever changing situation, isn’t it? But we’ve got a great team and we’re giving it a red hot go.’

For now they are focused on detailed development and the use of pre-visualisation tools so that student shorts will get much more script and planning attention than a crowded schedule usually allows. As Sciberras explained, ‘In ordinary times we just mass produce films. We equal about 15 feature films in terms of length, back to back with about a three-to-four-month post production time.’

‘This time we have an altogether different perspective. We will rebuild our post production schedule and work 24 hours a day if we have to. We are determined that the films will not be compromised from a production point of view. Our students come to VCA for this and we expect to deliver.’

‘Our students come to VCA for this and we expect to deliver.’

Online working requires software systems and group skills which are unfamiliar to many teachers. Said FitzSimons, ‘In the last two weeks I have done more video conferences that probably in my whole life. The Uni of course provides tons of training so I’ve done courses in Collaborate, which is the main Griffith system and part of Microsoft Office. I’ve done courses in Teams. I already use Skype for Business. I’ve been using Zoom for my tennis group so we’ve all been madly upskilling. I’ve got to work out which of those technologies work with what we call Learning at Griffith but which is Blackboard.’

Fortunately they already do some online learning so they have a sense of the teaching techniques. They are backed by the Learning Futures and Teach Online section of Griffith University, which points out that, ‘Over 20,000 Griffith University students have completed at least one online course, and 11,000 students are studying fully online. In fact, our Digital Campus is Griffith’s third largest campus.’ It offers free courses to outsiders.

At Griffith, they have been reminded their students are losing jobs and therefore the capacity to pay for their productions later in the  year. Some have bad internet connections at home and some needed a bursary to buy a computer which could take some of the strain off online learning. Cooped up at home they miss the recreational time at university and the emotional support of their friends. Real world contact with peers and teachers is still vital.

Sciberras is impressed by the way different parts of the system are combining to solve problems. ‘We know our faculty has been phenomenal. Our finance people too. You should have seen our operational people the other day just getting computers and sending them off to animation students to make sure they can work at home. It was delightful.’

Teachers are learning to do clever exercises. At Griffith, a Directing Fundamentals course has just done an exercise in frame-shifting using their mobile phones, for instance, but these artificial routines are not the same as production.

Every single production based film school in the world is faced with similar problems. They are being supported by their international organisation, CILECT, which is circulating royalty-free online teaching materials. Campus Morning Mail is fiercely tracking the issues about online learning right now.

At the moment the department is keeping its nerve and charging towards an unknown future. FitzSimons thinks this may be a turning point. ‘One of the best things we can offer our students is immediacy of response, including by video. It’s actually extraordinary how connected you can be and how chat and all of that can work. But it absolutely hasn’t been, “Now we’ve got that course online, so next year we’ll just roll it out.” That is not the model of education we’re pursuing here.’

‘One of the best things we can offer our students is immediacy of response, including by video. It’s actually extraordinary how connected you can be.’

Sandra Sciberras sees the power of emerging artists learning in a time of crisis. ‘The Master’s students are about to go off and make a whole bunch of films using whatever technology they have in their houses. I think that is really clever because it is getting the students to think about where they are in the world right now, and how their work will reflect that. And get some deeper thinking out of it. They do think deeply anyway – that is what they spend all their time doing – but this is a unique challenge.’

Even with all the hubbub, the long hours, the frantic improvisation that everyone in production based courses is doing, Trish FitzSimons is seeing growth and imagination. ‘You know that truism of constraint building creativity? It does,’ she said.

‘If we can manage these things and not really shut down for too long, we should have some fabulous productions from a great development process. Who knows where that will lead?’