May streaming highlights: The Underground Railroad, Judas and the Black Messiah and Domina 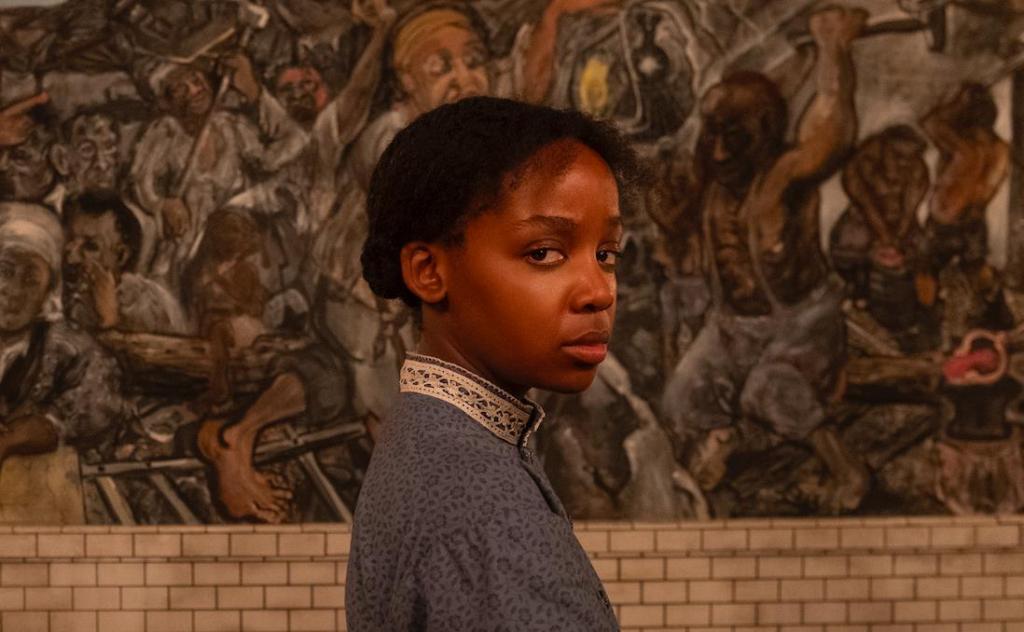 Another month, another overwhelming list of releases across a bevy or streaming platforms. Or not! In this new feature, Screenhub picks out the cream of the crop – local productions, award-winning features, and critical darlings that are reaching a corner of the internet near you. Here are the five best things you can stream in May 2021:

Netflix ANZ has got its hands on the license of the Australian coming-of-age classic: Puberty Blues. The Bruce Beresford-directed movie traces the lives of Debbie and Sue, two teenage girls coming of age as the Australian sexual revolution of the 1970’s is in full swing. Exploring drugs, sex, and youth rebellion, it details their lives and loves. It will be available to stream from 12 May.

Amazon Prime has announced an exciting new series from Academy Award-winner Barry Jenkins. Executive Produced by Brad Pitt, The Underground Railroad will chronicle Cora Randall’s (Thuso Mbedu in her debut role) desperate bid for freedom in the antebellum South. Based on Colson Whitehead’s Pultizer Prize-winning novel of the same name, this ten-episode limited series will stream from 14 May on Amazon Prime.

The hotly anticipated fourth season of The Handmaid’s Tale is finally here! The first episode has already hit SBS On Demand, with episodes coming out weekly in the dystopian series that has already been renewed for a fifth season.

Read: Bruce Miller talks about the inner workings of The Handmaid’s Tale

If you’re not on board The Handmaid’s Tale train yet, it’s a dystopian series based on the world of Margaret Atwood’s novel of the same name. Created by Bruce Miller, the Hulu series is set in a dark future after the second American Civil War, in which all fertile women, known as ‘handmaids’, are enlisted into child-bearing slavery. The fourth season picks up directly after season 3, which documented June’s transformation into a resistance fighter, ultimately orchestrating the rescue of 86 children from Gilead, and being shot in the process. You’ll have to tune into weekly episodes on SBS on Demand from 28 April to find out if she survives!

Judas and the Black Messiah

Now that Oscars season is over, we’re all updating our list of must-see films. If you want to catch the film that won Daniel Kaluuya his first Oscar, Judas and the Black Messiah has been fast-tracked for digital release. This biographical film follows the true story of 17-year-old Bill O’Neal, played by best actor nominee LaKeith Stanfield, who takes a deal with the FBI to infiltrate the Illinois chapter of the Black Panther Party, in exchange for dropped criminal charges.

READ: The Strangest Oscars in History?

The film details the events leading up to leader Fred Hampton (Kaluuya, in his Best Supporting Actor-winning role)’s assassination. The film will be available to stream from the start of the month on AppleTV, Foxtel Store, Google Play, Microsoft, Amazon Prime Video, Telstra TV Box Office.

Stan has just announced a new original series, Domina. The eight-part epic drama will tell true story of the first empress of Rome, Livia Drusilla, with Kasia Smutniak in the titular role. The series certainly sports a cast who are closely familiar with the epic genre, including talent like Liam Cunningham, who previous played Ser Davos on Game of Thrones, and The Witcher’s Colette Tchantcho. Australians involved in this one include director Claire McCarthy (The Luminaries, The Waiting City) and cinematographers Denson Baker and Nicola Daley. This looks like promisingly thrilling viewing for a cosy night, now that winter is coming – or is that just the Game of Thrones vibes getting to me? Domina will premiere on Stan exclusively on 14 May.