Classic Aussie TV shows you might not know are streaming now

Let's take a look at some classic Aussie TV that might have flown under your radar, from Seachange to Black Comedy.
Jini Maxwell 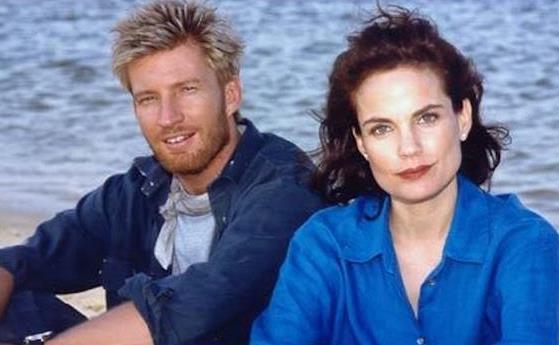 Seaside trips might be out of the question, but you can still take a stroll down memory lane. Image via the ABC.

Let’s start with one of the best comedy shows on TV: if you’ve somehow missed Black Comedy, you have an absolute real joy in store. This show is sketch comedy at its finest, featuring some of the best and brightest talents working in the country, with side-splittingly silly performances from stars like Nakkiah Lui, Aaron Fa’Aso, Deborah Mailman, Adam Briggs, and Miranda Tapsell, this show is four seasons of genius, that casts a comedic eye on what it’s like to be Black in this country. The fourth season is still showing free ABC iview, but for earlier seasons, you’ll have to pay – or head over to Stan.

What better time to immerse yourself in a completely different, but oh-so-familiar, time period? That’s right kids, Heartbreak High is streaming, in full, on Amazon Prime. If you want a nostalgic hit of the nineties, why not settle in with this groundbreaking classic that launched the careers of Alex Dimitriades and Claudia Karvan. Strap in for adventure, angst, romance, and well… I’m sure you can guess the rest.

Everyone I know has an inside joke based on a Kath and Kim gag. It might be Australia’s most iconic exports – and it’s certainly one of our most iconic comedies. If you’re in need of a laugh, you can watch all six seasons on Netflix now, alongside a couple of Kath & Kim movies that you might have missed.

This classic small town sitcom features Sigrid Thornton, David Wenham, and one of the most iconic end credits themes in the history of Australian television. In case you missed this late nineties – early oughties classic, it follows Thornton’s as a high-flying city lawyer, who moves to the small coastal town Pearl Bay with her kids after a series of personal disasters. Here, she takes a job as local magistrate, and slowly she begins the chaotic process of adjusting to life in a small town, with its colourful host of residents. Showcasing the perils, joys, and utter weirdness of life in a small coastal town, this show is a perfect pick for anyone with nostalgia for small town life, anyone glad they got out and made it to the big city, or anyone yearning to make that sea change themselves.

Round the Twist (Amazon Prime)

Speaking of iconic theme songs – Round the Twist is on Amazon Prime in full! If you’re looking to entertain a child (or a child at heart), this show is the perfect pick. This wacky classic was created by Australian kids author Paul Jennings, and many of the episodes are based on his surreal tween and teen coming of age tales, from short story collections like Unreal, Uncanny, and Unbelievable. Plus, if you’re watching with a kid – why not give them the books, too? If you’re sneaky about it, you could turn this screen time into an educational opportunity; after all, during a lockdown, we have to be resourceful.

And finally If you’re despairing in our current political leadership, why not lean in? The Hollowmen is a hilarious and damning comedy set in the offices of the Central Policy Unit, a (fictional…for now) group of advisors assembled by the Prime Minister to help him achieve the most important task – to govern? to lead his people? To bring about glorious and timely change? No! To get him re-elected, of course!

If the present moment has you feeling less like an idealist and more like a cynical wonk, this is the show for you. Its scripts shine a gleeful light on the the banality of political evil – here are showcased the bureaucrats, blowhards and brand-builders who seem more interested in keeping power than using it. It might not quite be Australia’s answer to The West Wing in terms of glamour and prestige, but it is a bloody good, and much needed, laugh.