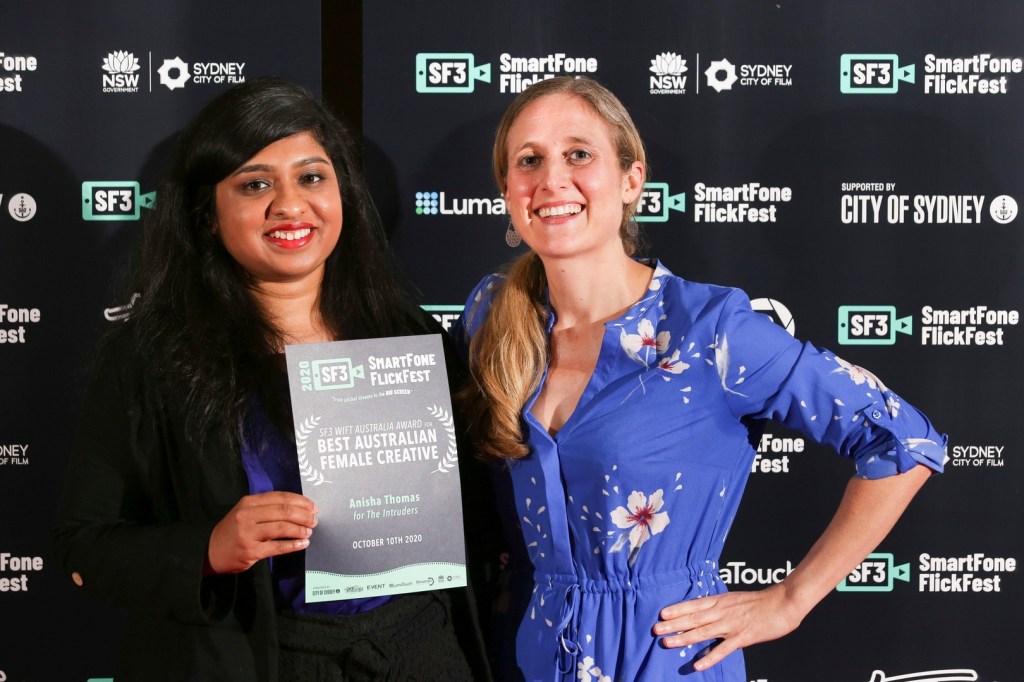 Open to filmmakers of all ages from every country; from first-time filmmakers to professionals. As long as your film is shot entirely on a smartphone or tablet, your film is eligible for submission. Our 2021 Festival Ambassadors are Hollywood legend Phillip Noyce, Kerry Armstrong, Christopher Stollery, Kriv Stenders, Nicole da Silva, Jason van Genderen, Emily Prior, Stan Grant, Wayne Blair, Jon Bell & Wanuri Kahiu. Our 2022 Ambassadors will be announced for our Official Season Launch on May 1st, 2022.

1. The SF3 Best Film for short films 20 mins and under. The films must be entirely shot on smartphones or tablets, with the exception that a very minimal amount of Drone footage is allowed. The films can be edited on any device and with any program and external equipment like lenses and mics can be used. Within this category we will also award the #FILMBREAKER Award for first-time filmmakers and the Luma Touch Finished on Mobile Award for films both shot and edited on a mobile device as additional prizes. The Official Selection from this category will be screened in our 2022 Gala Finals and will vie for our top prizes.

2. The SF3 Best Feature Film. This is for feature films shot entirely on smartphones and tablets. A minimal amount of drone footage is allowed. Films must be from 40 mins and no maximum.

3. The SF3 Kids Award for filmmakers 16 and under at the time of filming. All films must be shot entirely on smartphones and tablets. A minimal amount of drone footage is allowed. The time limit is up to 20 mins.

5. The SF3 Mini Award is for films up to a maximum of 3 minutes in length.

Everyone has a great idea for a short film and a potential movie camera in their pocket, so no excuses. Here’s your chance to start filming and be in the running to share in over $40,000 worth of prizes awarded annually, and have your film screened on one of Australia’s premiere screens in front of a global audience at our 2022 Festival, in the Australian Spring. The festival will be both live and online, current Covid restrictions depending.

Our finalist films and one feature film will be selected from all the entries to screen at SF3 2022. We will be holding live screenings and awards in Sydney, Australia and our festival will include live screenings, red-carpet events, VIP party, networking events and masterclasses.

Our 2021 Festival was pushed to early 2022 due to an ongoing lockdown in Sydney and was held in partnership with Palace Chauvel Cinemas and the Actors Centre Australia. In 2019 and 2020, SF3 was held at Event Cinemas, George St, right in the heart of Sydney, Australia. We were one of the few festivals to go live in 2020 in a sell-out Sydney show! Our 2018 Gala Finals were also a complete sell-out at the Sydney Opera House and our SF3 Kids and Shortlist Screenings were held at Event Cinemas Bondi Junction. From 2015-2018 we held our Gala Finals at the iconic art deco Chauvel Cinema in Paddington, Sydney. We are passionate advocates for the showcasing of the best smartphone films from all around the world, show up on Sydney’s top big screens.

Many of our past Top Ten and shortlisted films have been invited to screen around the world at our partner film festivals including the International Mobil Film Festival in San Diego, the Syria Mobile Film Festival and more. The opportunities are endless for smartphone filmmakers.

All films MUST be shot entirely on a smartphone or tablet, meet our time requirements and you can use any editing software, apps and phone additions, and you can edit on a PC, laptop, tablet or your phone.

So, pull your phone out of your pocket and start filming, it really is that easy!