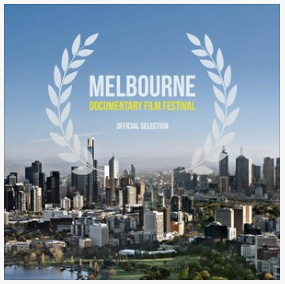 One of the most meaningful things about our festival is that 5 filmmakers over the last 7 years have been inspired to create their very first documentary because of our festival.

What we are most proud of is that we play compelling, authentic, genuine and nuanced stories from filmmakers from around the world. We give so many documentary filmmakers a voice and a platform to screen their work in Australia.

Melbourne Documentary Film Festival is a festival where you and your documentary are the star of our festival! Thousands of people attend each year online, in-cinema and outdoors.

Melbourne Documentary Film Festival has a community feeling about it and genuinely cares about the filmmakers and their documentaries with alumni helping out with judging and masterclasses.

Our Aim:
We aim to support independent documentary filmmaking in Melbourne, Australia and around the globe.

Our Values:
Our four core values are:
1: Giving People a Fair Go – Embracing stories from all walks of life and experiences, through kindness, integrity, compassion, humanity and empathy.
2: Camaraderie – Supporting the local and international documentary industry by uplifting and celebrating filmmakers, events, projects and initiatives.
3: Make it Australian – While we are an international film festival we aim to play 40% – 50% Australian content.
4: Innovation – We aim to support creatives thinking differently about documentary and innovating the genre.