Three generations of a family grapple with living and dying on their own terms. Reviewer Mel Campbell found disconcerting shifts between hijinks and heartbreak.
Mel Campbell 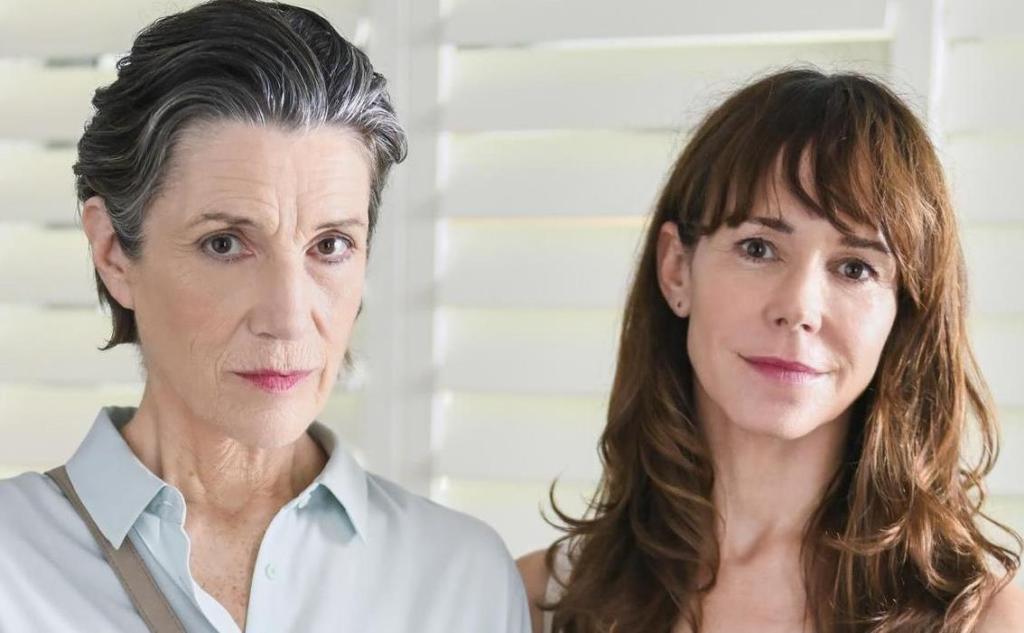 Harriet Walter and Frances O’Connor in Foxtel Originals’ The End.

Foxtel’s new 10-episode, half-hour Australian drama series is being called a ‘dark comedy’, but I did not find the opening double episode funny. The show deals with heavy themes of suicide and assisted dying, and for me its tone was unpleasantly cynical. But perhaps this is a show that needs to be watched in its entirety before it clicks.

Based on creator/writer Samantha Strauss’s own family experiences, The End follows three generations of one family as they wrestle with their fraught relationships, learn what makes life worth living, and discover a sense of purpose in helping others live – or die – on their own terms.

The action begins in England, where depressed vicar’s widow Edie Henley (Harriet Walter) is trying to asphyxiate herself. When a log rolls from the fireplace and prematurely sets her house ablaze, Edie decides on an impromptu defenestration instead… only for the fall merely to break her arm.

Meanwhile on the Gold Coast, free-spirited Beth (Brooke Satchwell) is in the grim final stages of motor neurone disease, and wants to die at home rather than in hospital. She confides to her favourite palliative-care doctor, Kate Brennan (Frances O’Connor), that her husband Josh (Luke Arnold) has got hold of some Nembutal. They’re planning to give Beth a dignified death… until a shocked Kate confiscates the euthanasia drug, ignoring Beth’s tears and Josh’s desperate pleas.

The genre dissonance that this show fails to resolve in these early episodes lies in the way Edie’s suicide scheme is depicted as a black comedy of errors, whereas Beth’s predicament is filmed with realist immediacy, like a TAC commercial. Because Kate the doctor is also Edie’s daughter (and as a fan of Plausible Family Casting, I enjoyed the physical resemblance between the two actors), O’Connor’s performance shifts awkwardly between comic and dramatic registers. In serious scenes, she seems offhand; in comic scenes, she comes off as shrill.

Walter, on the other hand, gives Edie a prickly dignity that never lets her seem foolish, even in her most ostensibly comedic moments. After Edie’s house fire, Kate arranges for her mother to move to Australia, into a luxurious but vulgar Gold Coast retirement village peopled by eccentric retirees. Alleged antics ensue. The show plays these scenes like a superannuated Muriel’s Wedding, with Dawn (Robyn Nevin) as the queen bee, Henry (John Waters) as the resident stud, and Pamela (Noni Hazlehurst) as the ebullient outsider who befriends Edie. Hazlehurst is enjoyably wry and relaxed here, in a way that suggests she’s in on a joke the series itself hasn’t yet told.

Walter gives Edie a prickly dignity that never lets her seem foolish, even in her most ostensibly comedic moments.

While the retirement village is established as a setting for comedy, the hospital is established as a setting for serious drama – which is why I wasn’t sure whether to treat Kate’s smooth colleague, Dr Nikos Naoumidis (Alex Dimitriadis), as a comic caricature. Nikos reassures Kate that he’ll protect her from professional consequences for concealing Beth’s Nembutal, in between bemoaning that he can no longer get away with sexually harassing his interns. Is this meant to be funny?

Like Emily Mortimer’s Kay in Natalie Erika James’ recent film Relic (which much more successfully marshalled mood to depict intergenerational angst), Kate is in the sandwich generation. As well as dealing with her stressful job and her truculent, depressed mother, she’s raising two children with issues of their own. And she’s doing it alone, because her ex-husband Christopher (the pleasingly cast Brendan Cowell) is a white-collar crook who’s currently in jail.

The elder Brennan child, Oberon (Morgan Davies), is a trans boy – to the confusion of his grandmother, who uses the wrong pronouns and criticises his ‘pixie haircut’. Oberon has also previously attempted suicide – which is ultimately how Edie bonds with him. Meanwhile, his younger sister Persephone (Ingrid Torelli) is irritatingly chirpy and precocious. Some reviewers have wondered whether Persephone ought to have her own diagnosis – but in one of the few jokes here that I enjoyed, Kate tells her daughter that she can’t afford therapy for both kids.

The name ‘Persephone’ feels like a sharp elbow-nudge to the audience, as that Greek goddess dwells between the kingdoms of the living and the dead. There’s another heavy-handed comparison here between animal and human deaths. Edie’s widower neighbour, Art (Roy Billing), is into taxidermy, but insists his subjects die of natural causes. When Josh says of his wife’s suffering, ‘You wouldn’t do it to a dog!’ Kate retorts, ‘I hate that argument. She’s not a dog.’ Yet when Persephone’s dog mauls a fruit bat whose agony Kate ends with the sharp edge of a shovel, the sequence is pointedly intercut with Beth’s final moments.

Because of its disconcerting shifts between hijinks and heartbreak, I didn’t warm to The End. Instead I found myself sympathising with characters whose suffering I felt the show treated flippantly – like the bereaved Josh, and Oberon, whose twinky best friend Jasper (Sebastien Thornton-Walker) doesn’t seem to recognise the differences in their experiences of queerness. But then I’ve only seen the first two episodes. Perhaps, as the LGBTQ anti-suicide slogan says, it gets better.

The End is a Foxtel Original series, screening Tuesdays on Fox Showcase, or all episodes On Demand