The Heights is the Mum’s Roast of Aussie TV

Our Gen Y reviewer is disarmed by this soap's nostalgia, yet finds it the most refreshing depiction of Australian life currently on TV.
Glenn Dunks
[This is archived content and may not display in the originally intended format.] 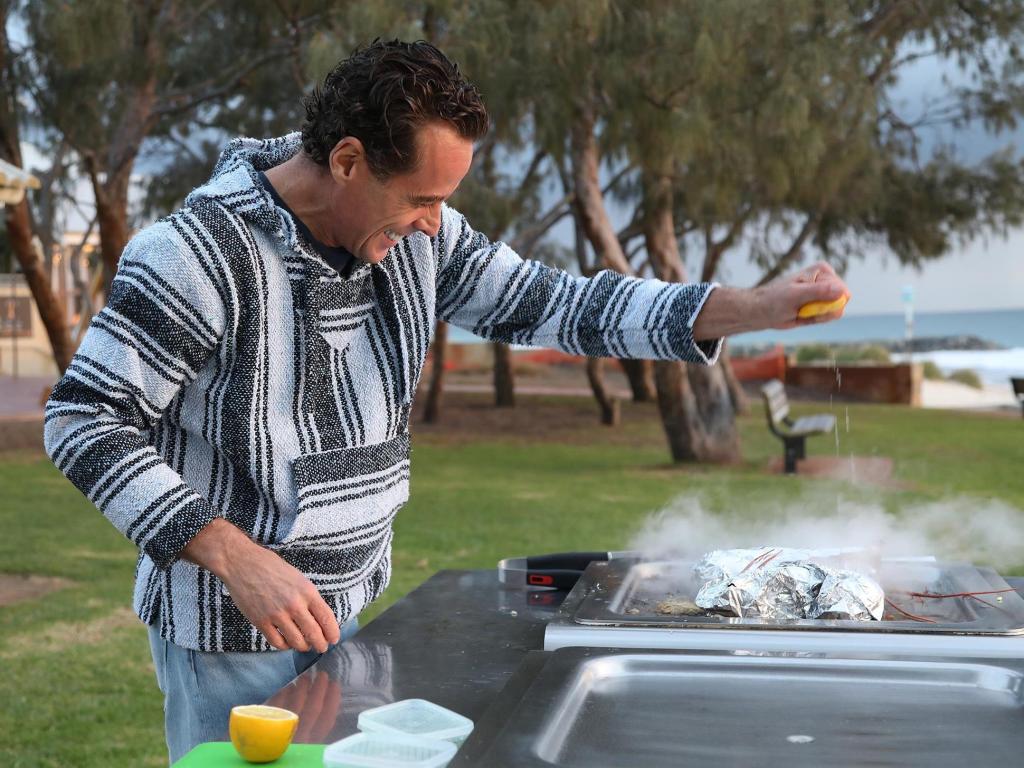 Mum’s roast or barramundi on the barbie? The Heights. Source: ABC.

There’s a nostalgic quality to ABC’s new half-hour drama The Heights. It’s not the toxic kind of nostalgia you find in the discourse around something like a new Ghostbusters movie; nor is it lazy nostalgia, like throwing Iggy Azalea in a Clueless costume and calling it a day. There’s little like it on television right now: a series that adheres to the blueprints of the past, yet has been updated just enough for the contemporary age. It’s the mum’s roast of Aussie TV.

Personally, I have more or less bypassed much of what constitutes peak TV. Oh sure, I watch The Handmaid’s Tale, but I don’t like Game of Thrones and I gave up on Westworld sometime during season two. I never watched Breaking Bad and I’m more likely to indulge in re-run marathons of Golden Girls or Law & Order: SVU on a Friday night than I am to watch the latest prestige import. That’s my own fault, really. I struggle to find the willpower to hit play on that new series everybody is talking about when I could just re-watch Kyra Sedgwick solve crimes on The Closer for the dozenth time. Sure, I have no idea what’s happening on Atlanta or Homecoming, but I can tell you who was eliminated on last week’s episode of Project Runway.

This is a roundabout way of saying that there’s something about The Heights that is altogether disarming to my hesitance about starting a new series. The short sharp episodes of 26 minutes are a tonic in an age of bulging run-times and overzealous grandeur. Created by Warren Clarke and Que Minh Luu, and shepherded to screen by ABC’s Head of Scripted Production Sally Riley, The Heights harkens back to – and pardon the cliché – a simpler time, when series like Home & Away, Neighbours and even E Street ruled the local telly, and stars were made out of the humble lives of fictitious residents in fictitious locales.

Like those shows in their ‘80s and ‘90s prime, part of The Heights’ appeal comes in being able to sit down at night to watch an episode and catch up with the many residents of Arcadia Heights. Although 16 episodes were made available to stream on ABC iView and the network is airing two episodes each Friday night – the second half of its 30-episode season will drop in July – I found watching one episode a night to be a soothing end to my working day. (Perhaps I should watch a rerun of The Simpsons beforehand just to really make it feel like 1996 again.) It’s an old school approach to engaging with narrative TV in the streaming age, but one I have missed as I get older and struggle with so many new series on so many services vying for attention.

That’s not to say The Heights is frivolous fluff to have on in the background as you cook dinner (although, if time poor, it is that too). Predominantly set within and around “The Towers”, a grey block of public housing apartments at the centre of a gentrification boom, the show is drama of family, school and work. Very real issues like gambling addiction, Indigenous identity, teenage sexuality and class are prominent. But it’s also fun and gossipy like a night out with those friends you don’t get to see often enough.

Will we get to see Pav (Marcus Graham) and Claudia (Roz Hammond) finally reconcile their sexual tension? And what about their chummy kids, Mich (Calen Tassone) and Sabine (Bridie McKim)? Is Mich’s mother and Pav’s ex-wife Leonie (Shari Sebbens) still in love with him? Will she ever discover the history of her ancestry withheld from her by her white father (Bernie Davis)? Will Renee (Saskia Hampele) finally discover the secret that her husband (Dan Paris) is hiding from her.

Reminiscent more of Britain’s EastEnders than those aforementioned Aussie titles, The Heights is rooted in its ordinariness. With primary sets including the local pub, the corner store and the various flats of its characters, The Heights is a show not only about regular people dealing with thoroughly regular constraints, but also looks it too. Filmed in an overcast Perth that could easily pass for Melbourne, the Arcadia Heights of the show looks and sounds remarkably like real Australian society in our major cities. Characters of Vietnamese and Iranian descent mingle across scenes with Indigenous and British-heritage Australians. There’s a character who lives a prosperous life with mild cerebral palsy, and another whose homosexuality and Asian background does not cause a family rift. People struggle with money and their careers, have too many drinks at the pub and awkwardly snog a friend, fail at basic parts of adult life, yet reveal hidden wells of empathy. It’s contemporary and relatable, and it’s the most refreshing depiction of Australian life currently on television.

Soap operas are actually ideally suited to the multiple viewing and flexible scheduling options of modern television. They can be watched as daily or weekly appointment viewing, or many episodes can be binged in a single sitting. Or they can be ignored while you have a busy month at work and returned to with little of the fuss or confusion you’d experience by missing a single episode of something like Lost or Twin Peaks: The Return. My own mother would often record episodes of Days of Our Lives (I was a fan during the Marlena-is-possessed-by-the-devil period in the mid ‘90s) while at work, and watch them back-to-back. One can flick on Bold and the Beautiful and still find the Forrester family engaging in fashion and romantic warfare.

The Heights isn’t quite like those soaps, although the mechanics are still the same. It’s doubtful we’ll ever get any home-wrecking pyromaniacs or anorexic nymphomaniac incest victims – although the series is still young. But for an industry desperately trying to find hits that justify the cost of local television production, I can only hope audiences find their way in time to this engaging, even old-fashioned soap for all ages.

The Heights is currently broadcast on the ABC on Fridays at 8:30pm and available on iView.