Film Review: Sequin in a Blue Room is an intoxicating addition to Australian queer canon

Van Grinsven's confident debut, an AFTRS Masters project and SFF audience award winner, is an evocative portrait of contemporary queerness delighting in its sexuality.
Sarah Ward
[This is archived content and may not display in the originally intended format.] 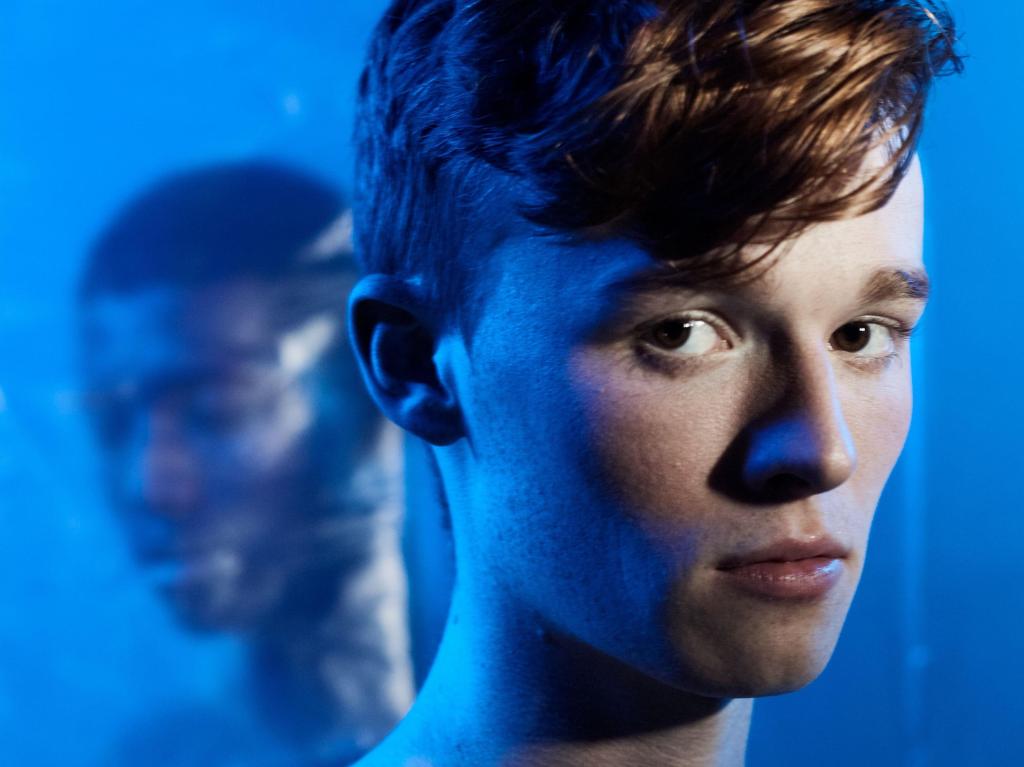 Revealing one of its key influences, all Sequin in a Blue Room needs is a simple splash of text on-screen. ‘A homosexual film by Samuel Van Grinsven’, a title card announces, aping similar phrasing that precedes Gregg Araki’s The Living End, Totally Fucked Up and The Doom Generation.

Making his directorial debut with a movie that’s also his Australian Film, Television and Radio School masters project, Van Grinsven isn’t just paying tribute to a director that he’s obviously fond of. In a move that proves both straightforward and an act of supreme composure, he foregrounds the vibrant personality of his film, as well as its specific focus, all in just a few words — although, even without the overt nod, viewers would have realised all of the above swiftly enough.

Known only to the audience, and to the men he swipes his way through on a Grindr-style app called Anon, as Sequin, the 16-year-old student is always looking for his next rendezvous. His phone constantly buzzes in his hand, whether he’s searching for his next dalliance at a train station or hiding the device, and its parade of shirtless profile pictures and lusty messages, under his desk in class.

This isn’t a coming-out tale, however; it’s a portrait of an already-out teen figuring out who he is, as his caring but mostly oblivious dad (Jeremy Lindsay Taylor) puts it. It’s also a story immersed in the present, and in today’s youngest generation, examining a world where human connection relies upon pixels as much as flesh.

Conveying both the blissful nonchalance and the simmering vulnerability of youth, with newcomer Leach gifting the film an expressive portrayal of inner conflict, Sequin has a hard and fast one-and-done rule. After each tryst, always with an older man, he blocks his temporary partner from contacting him again.

He might fantasise about his paramours in the shower, but he’s unwilling to deviate from his code. He’s just as uninterested, initially, in the awkward real-world approaches from his sweet but shy classmate Tommy (Simon Croker) — a kid who mentions Brokeback Mountain during a lecture about romantic tropes to send a pronounced signal — with Sequin’s vision of queer life hinging on freedom and anonymity.

Pursuing Sequin through the alluring apartment — decked out with transparent plastic walls and glowing with an azure hue, it’s like entering another realm — the obsessed B just drives him into the arms of another unnamed man (Samuel Barrie). And, after a particularly passionate encounter that sparks an infatuation of Sequin’s own, gives him a different reason to break his strict mandate.

For a film so steeped in uncertainty, with each of its protagonist’s hook-ups representing another roll of the dice, Sequin in a Blue Room has overflowing confidence. Unfurling Sequin’s adventure without an ounce of judgement, it eagerly dives into the emotional and technological realities of gay teens circa 2019, not to mention the intricacies of navigating the scene from an experimental rather than a questioning perspective.

That the character’s experience contrasts starkly with generations before him is never overlooked by Van Grinsven and his Los Angeles-based co-scribe Jory Anast; indeed, stressing that juxtaposition through the likes of B is partly their point. Queerness here isn’t a brave new world entered tentatively or furtively by Sequin, or even a second skin to inhabit like his new drag queen friend Virginia (Anthony Brandon Wong), but a gleaming landscape that he gleefully traverses.

Among the year’s queer contingent at the Melbourne International Film Festival, Sequin in a Blue Room falls more in line with MIFF 2018’s Hard Paint than MIFF 2017’s Call Me By Your Name, though it boasts a lead performance as engaging and moving as the latter. With its textured character study, Van Grinsven’s film takes its cues from the work of Gus Van Sant, too, but the spectre of Araki’s vivid and energetic filmography looms larger.

The continually bubbling snippets of text, which pop along the side of the frame as they pop up on Sequin’s smartphone; the honed-in focus on faces and bodies, rather than the minutiae around them; the dazzling mid-movie long shot that wanders through the dizzying titular space; the heady descent into frazzled darkness — all four make a forceful stylistic impression.

It’s a clear case of a director using form to reinforce his themes, reflecting Sequin’s lively journey, and it couldn’t be more evocative or intoxicating in this smart addition to both the Australian and broader queer canon.