Sarah Ward navigates the way that Ride Like a Girl's mythic but true story plays out in the modern disquiet about the politics of horse racing.
Sarah Ward 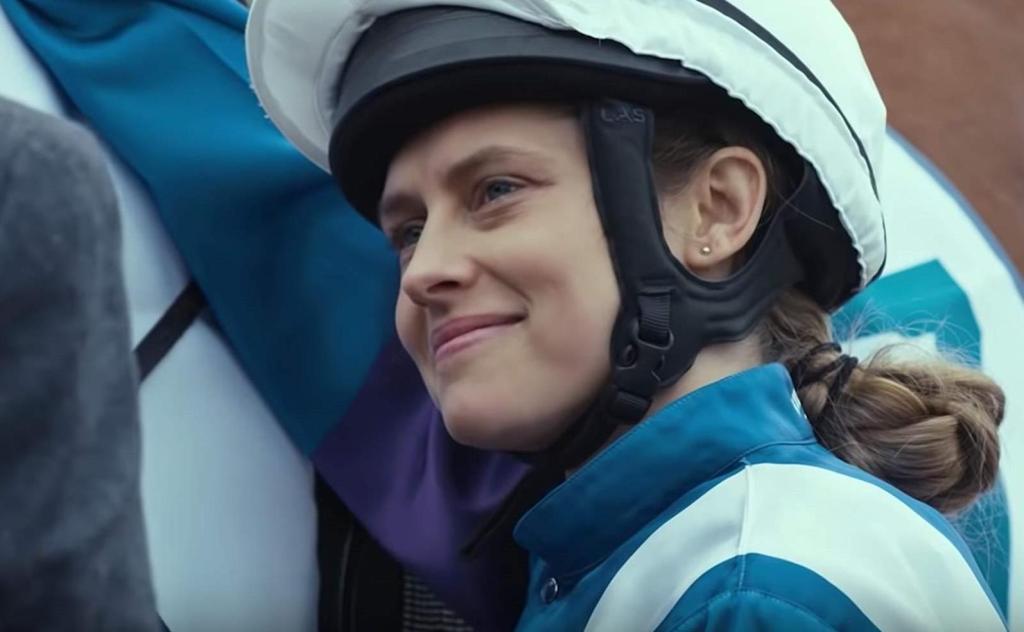 Teresa Palmer in Ride Like a Girl. Image: IMDB

Galloping into cinemas just as racing season hits, Ride Like a Girl gives Michelle Payne’s inspiring true tale the biopic treatment. When the Ballarat-born figure became the first female jockey to win the Melbourne Cup in 2015, her story screamed for big-screen attention — and her backstory along with it. It’s the stuff that underdog movies are made of, with the racing star the youngest of ten children, left without a mother when she was just an infant, and brought up by her father Paddy, a veteran trainer. To ride Prince of Penzance to Australian racing’s most famous prize, and to make history in doing so, she not only overcame years of being told to abandon her dream, but the sexism of the sport, her dad’s disapproval and the death of a sister on the track, as well as a catastrophic fall that many wouldn’t have recovered from.

It’s little wonder that, in making the leap from actor to first-time feature director (after helming two shorts and three episodes of TV’s Nowhere Boys), Rachel Griffiths was drawn to Payne. Or, that she focuses on the inherently crowd-pleasing aspects of the jockey’s triumph over adversity — details so generic and predictable that the fact they’re all true almost defies belief. Ride Like a Girl leans so forcefully into its feel-good tendencies that it’s in danger of falling off its own steed, but the key to the film might just reside in its moniker. A catchy name that references Payne’s sport, her gender and the importance of her record-breaking feat due to her gender, it also nods eagerly at its largest target audience: young girls.

Shot in honeyed hues by Muriel’s Wedding cinematographer Martin McGrath, and scripted in broad strokes by Andrew Knight (Ali’s Wedding) and Elise McCredie (Jack Irish), Ride Like a Girl turns Payne’s achievement into a tween-friendly female empowerment tale. It’s a gleefully aspirational affair, sliding amiably through a narrative that reads like a childhood fantasy — for its subject, of course, it was. Here, girls can do anything, including conquering 100-to-one odds to win the race that stops the nation. What they can’t do, though, is appreciate Payne’s plight without the clichés, tropes and sugarcoating. Tapping into the stereotypical affinity that young girls have long held for horses may be a savvy marketing move; however Ride Like a Girl brandishes the softest of approaches as a result, especially regarding racing’s many controversies.

As played by Teresa Palmer with a fire blazing behind her eyes — a trait shared by Summer North, who plays the jockey as a young child — Payne is hardly oblivious to the industry’s complexities. Her story is steeped in them, at both an innate and a personal level. Alas, the filmmakers deploy racing’s gender imbalance as a backdrop more than a meaty issue. There’s no shortage of reminders about Payne’s lengthy journey to the big stage, especially compared to her male counterparts, but her heftiest hurdle is her father’s (Sam Neill) lack of initial support. While she’s ignored and overlooked because she’s a woman, inappropriately propositioned, and saddled with makeshift dressing rooms, it primarily fuels her determination to keep going. So do her interactions with the hostile Ollie (a brief nod to three-time Cup winner Damien Oliver), as well as the reluctance of Prince of Penzance’s since-banned trainer Darren Weir (Sullivan Stapleton), and the horse’s owners, to give her the reins.

Barely scratching the surface of difficult matters, smoothing out the rough edges and happily revelling in beachside horse-riding montages: that’s the realm of rousing, undemanding, all-ages fare. In Ride Like a Girl, the gentle touch strips rather than bolsters the film’s potency, with the casting of engaging first-timer Stevie Payne as himself proving the rare exception. He’s a lively breath of fresh air in an overly calculated affair, and it shows amidst a supporting cast filled with familiar local talent. Stevie approaches his part like it’s unique, where fellow bit-players such as Magda Szubanski, Mick Molloy and Shane Bourne could’ve walked out of any sentimental and uninspired Aussie drama.

One movie in that category specifically leaps to mind, with Ride Like a Girl trotting along the same course as 2011’s Oliver-focused The Cup. Obviously, that’s not a compliment. Payne’s story will always retain its place among Australia’s trailblazing sporting legends; however, as cheer-inducing as it remains, it makes for by-the-book viewing here.

Indeed, for all the film’s pedigree, it veers close to promotional territory (with the production made in cooperation with Racing Victoria and Tabcorp, notably).