Film Review: Cousins is a deeply emotional story of resilience 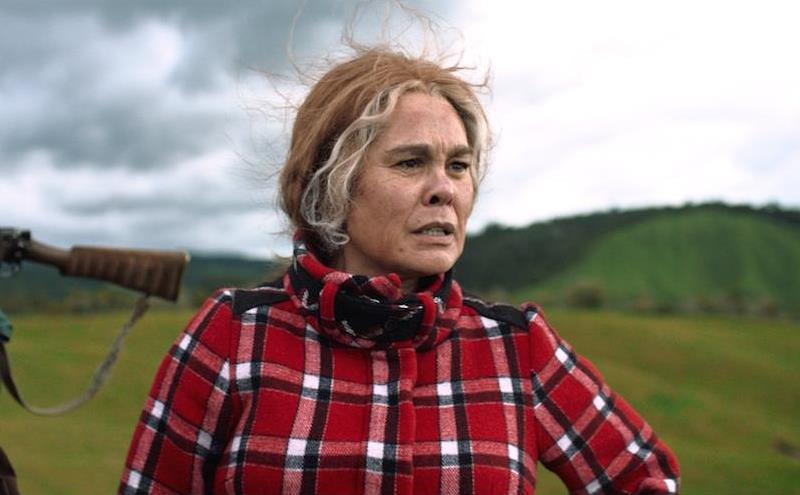 In all its sadness and beauty, Ainsley Gardiner and Briar Grace-Smith’s affecting drama Cousins has arrived in Australia from Aotearoa, revealing the resilience of Indigenous people, and the importance of collaborative filmmaking in stories that speak to a community.

Based on Patricia Grace’s 1992 novel, Cousins is an historical drama mirroring the reality of many Māori who have experienced State care and consequently, cultural assimilation. Centred are the lives of Mata (played at various ages by Te Raukura Gray, Ana Scotney and Tanea Heke)  and her cousins Makareta (Mihi Te Tauhi Daniels, Tioreore Ngatai-Melbourne and Briar Grace-Smith) and Missy (Keyahne Patrick-Williams, Hariata Moriarty and Rachel House) as they navigate life as Māori, from their rural childhood in the forties until present day. The story follows their journey in finding each other after long being separated.

Cousins searches a shameful part of New Zealand’s history as it speaks to the existence of  stolen generations, of which there’s always been denial and misunderstanding. Just this week one of NZ’s National party’s main MPs confidently stated that colonisation was on the whole, ‘positive for Māori’. This film is a timely reminder of what a cultural landscape designed to forcefully assimilate and sever people’s ties with their Indigeneity really looked like.

One of the film’s most revealing scenes is where the racist guardian, Mrs Parkinson (Sylvia Rands), despairing of Mata’s thick, Polynesian hair, makes Mata sit while she brushes it out. She does this dry and with a small, brittle comb. As someone with similar hair, I can only imagine how painful that would be. The scene perfectly encapsulates how a colonial approach to First Nations people, if wilfully ignorant and forceful, makes them fully incapable of care.

The film follows each woman at three different ages, as a child, adult and elderly, in a gently paced non-linear structure that slowly moves in and out of past and present. Although the fractal way in which the story is told requires careful attention, it works beautifully in creating the natural feeling of memory — fragmented and evoked by familiarity. Mata sees the braided hair of strangers on the street, or the colours bright blue and red, the same as the fabric of her cousin’s old dresses, and we’re taken back into their childhood. A similar close and enveloping style of cinematography to their film Waru (2017), draws us into each character and detail, with a penchant for macro lens filming and soft focus that easily creates a sense of innate connection between characters and the world around them.

The circular nature of Cousins’ structure also speaks to Indigenous traditions of storytelling and discussion, with multiple non-chronological story threads that weave together to meet a point or find its meaning. This is also an intuitive pattern of storytelling in a group setting. The decision to shape the film’s narrative outside of a western story act structure of beginning, middle and end, completely works in engaging us as an audience, and feels like a refreshing shift in filmmaking and visual storytelling that still feels familiar and natural.

At the heart of the film is an ethos of collaboration

At the heart of the film is an ethos of collaboration, and Tikanga Māori (Māori cultural practice) that’s had a powerful influence on the film’s tone and story. Filmed in Rotoiti at Te Waiiti Marae, made with the local Ngāti Hinekura and Ngāti Pikiao people all contributing to filming either in production or acting, and with the crew’s creative heads of departments being majority Indigenous and or women, the process of crafting Cousins prioritised its integral story of connection and community, while ensuring the film was told through a Māori lens.

Casting director Tina Cleary must also be commended on Cousins’ showcase of new and established Kiwi talent. Rachel House, who plays the older Missy, continues to prove the skilled balance of her comedic and dramatic talent on screen, and Ana Scotney, who plays the almost dialogue-less role of a silent adult Mata, performs the depth and complexity of Mata; her sad social disconnect from others and her deep spiritual relationship with the world around her, in a physical performance that’s both heart wrenching and impressive to watch.

Cousins is a film told with the type of authenticity that reaches you on a deeper emotional level. As a story, it stands as a dedication to the First Nations grandmothers, mothers, sisters and cousins that have stayed strong and connected to their culture, and to each other.

Didi de Graaf is a Samoan-Kiwi writer, who studied a BA in scriptwriting at AFTRS and currently works in Sydney in film. As an emerging creator, the work that Didi is interested in writing or examining is inspired by the intersections of her own identity and heritage, and the diversity within Australasian culture.