Emotions soar, as does Fantail, as it proves a small yet surprising, poignant and perceptive slice of downbeat New Zealand life.
Sarah Ward
[This is archived content and may not display in the originally intended format.] 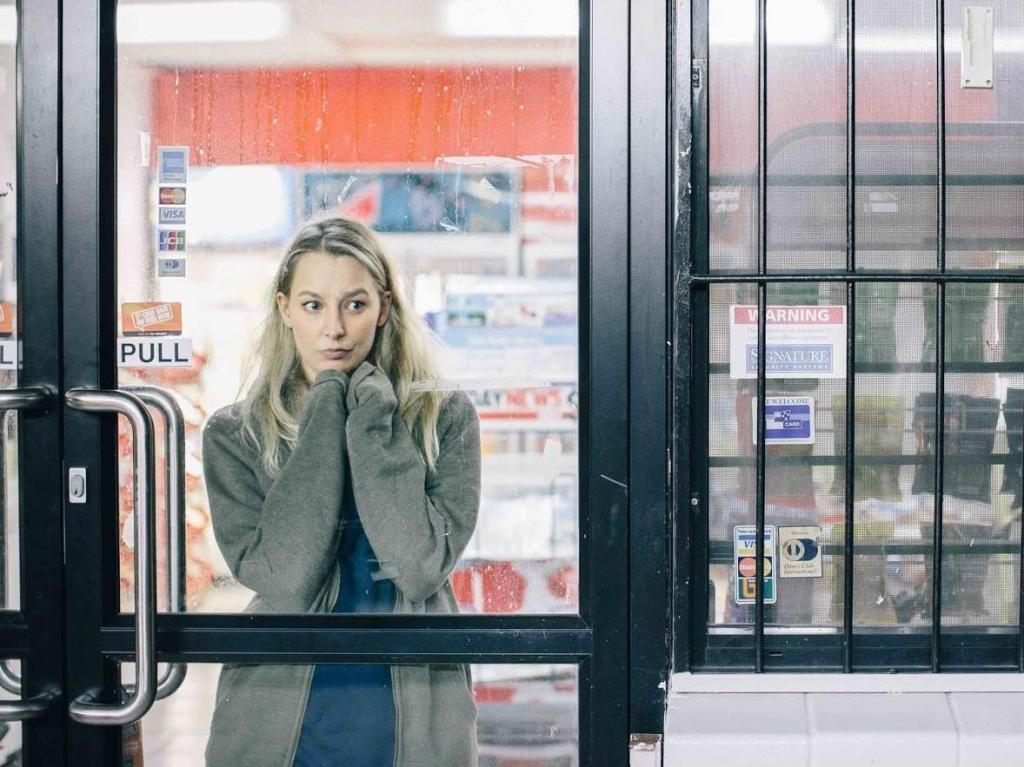 Evolving from a one-woman theatre piece to a debut feature, Fantail takes flight, turning a myth into a movie musing on unease, identity and adversity. Its folklore foundation tells of a bird that brings tidings of trouble, and it is misfortune and malaise that simmers in the background of director Curtis Vowell and writer Sophie Henderson’s film. As its characters step slowly towards their dreams of a better life – as primarily embodied by a holiday to Surfers Paradise – reality keeps calling.

Working the night shift at a South Auckland service station, Tania (writer Sophie Henderson, TV’s Outrageous Fortune) has modest aspirations of saving enough money to take her younger brother Pi (newcomer Jahalis Ngamotu) to Australia in search of their long-absent father. Theirs is a sibling affinity that overcomes the daily drudgery of caring for an unwell mother, until Pi packs up and leaves, unexpectedly, to go fruit picking. Tania settles into a routine of slacker solidarity with her boss, Roger (Stephen Lovatt, Top of the Lake), and navigates the awkward affection of the regional manager, Dean (Jarod Rawiri, Harry), while Pi falls in with the wrong crowd.

Both comedy and drama ensues in Fantail’s often wry, sometimes warm observational effort, sprouting from a simple situation given complex thematic considerations. The amusing thrust of after-hours workplace exploits encompass a range of deadpan interactions and humorous sight gags, drawing on the smart contrast between the trio of employees. What underscores the whole feature, however, is a delicate contemplation of culture, as heightened by the ebbs and flows of Tania and Pi’s brother-sister bond. Each identify as Maori, though Tania’s blonde hair and light colouring may signify otherwise. Accepting their similarities and differences drives a narrative that cycles from the sweet and amusing to the astute and insightful, before abruptly resting in devastating territory as the powerful punch of its third act plays out.

As expected of a film conceived and written by its lead actress, much rests on Henderson’s well-rounded performance in stitching together the feature’s many vignette-like segments. Her endearing Tania perfects the central juxtaposition of futility and optimism, wearing her insecurity in her accented speech – lambasted by Dean, who decries his own heritage, for her vocal mimicry – as well her not-quite-defeated posture, but keeping her eyes ablaze with the spirit of hope. Her respective rapport with each of her co-stars essays her range, while keeping the film jumping from genuine to goofy to galvanising. In support, Lovatt’s portrayal stands out as in its blistering been-there-done-that pathos, whereas Rawiri may play his character as a one-note creation, but succeeds as an empathetic comic foil.

An actor-turned-director, Vowell approaches the film with a similar sense of seesawing between levity and sombreness, turning what may have been simple and slight into an effort of simmering potency. Within a concise 81 minutes, his aesthetic is suitably unsteady even as the handheld frame centres in on Henderson; however the atmosphere it crafts is at once gritty and almost dreamy. Such a visual combination matches the material, understated imagery building to become overwhelming in its sentiment. Emotions soar, as does Fantail, as it proves a small yet surprising, poignant and perceptive slice of downbeat New Zealand life.