What happens when a battered significant film festival is taken over by the significant art gallery for the same city? Not bad at all says Sarah Ward.
Sarah Ward 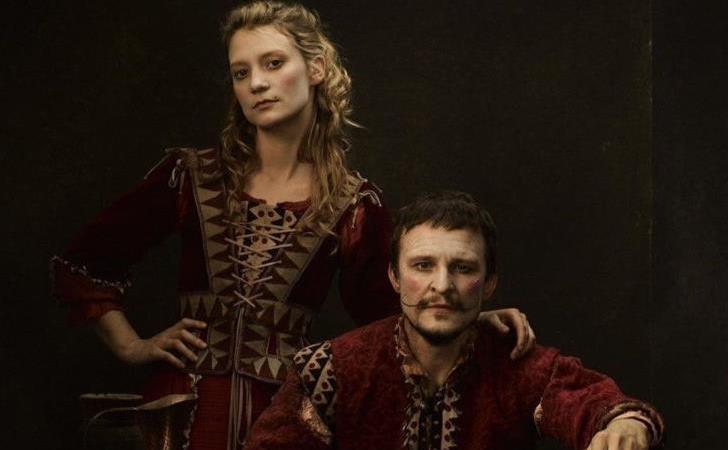 In the opening moments of Mirrah Foulkes’ Judy & Punch, Mia Wasikowska welcomes an eager crowd to a puppetry performance. ‘Ladies and gentlemen, the show is about to begin,’ she announces. It’s the kind of statement that any film festival wants in their opening night pick — and, in the case of this year’s Brisbane International Film Festival, it’s one that echoes over the rest of the lineup in a purposeful and telling fashion.

Every film festival aims to offer its audience more than just a few days, nights or weeks (in some cases) in a darkened room. It’s an experience, a journey and, for the ultra-dedicated, an endurance test. Carefully curated not just in terms of titles, but scheduling and supporting events, the whole rigmarole does indeed put on a show. So, in hosting its second successive BIFF, the Gallery of Modern Art is leaning into that idea.

A four-film strand, called Setting the Stage, surrounds Judy & Punch, with each feature examining the ways that theatre can hold sway on the big-screen. On display until March 2020, a mixed-media exhibition of the same name broadens the notion to video art, photography, painting and sculpture. This year’s BIFF is filled with such touches, as seen in other sections dedicated to sound and to the creative process — alongside the usual film festival inclusions. Brisbane cinemagoers can watch high-profile titles that have been doing the rounds nationally and internationally, such as Xavier Dolan’s Matthias & Maxime, Joanna Hogg’s The Souvenir and Abe Forsythe’s Little Monsters. They can see a handful of premieres, including Formula One documentary Brabham. In the clearest example of GOMA’s own touch, however, they can also dive deep into creativity as a continuum.

It doesn’t escape attention that, in two of its buzziest titles, BIFF showcases features that flirt with other art forms. Celine Sciamma’s Portrait of a Lady on Fire does indeed revolve around a prolonged portraiture session, while Pedro Almodovar’s semi-autobiographical Pain and Glory focuses on an ageing filmmaker (played by Antonio Banderas) who, in grappling with his life, sees part of his story inform a one-man show. Cannes hits, both films were certain inclusions on the festival’s lineup, after screening in both Sydney and Melbourne back in June and August. Still, they tie in perfectly with BIFF’s multidisciplinary thrust — a remit that it’s uniquely positioned to implement.

BIFF’s recent history has been covered to death (including during its short-lived death); however it’s worth revisiting briefly. When the festival found a home at GOMA last year, it was both a savvy and much-needed move. With BIFF plagued by changes, challenges and political turmoil for the past decade, landing at the gallery imparted a sense of stability — the kind that a three-year funding deal brings, at least, and maybe for longer.

In 2019, the festival is now in an unusual position. Gone is the unrest, the shuffling between different overseeing bodies (Screen Queensland, Brisbane Marketing and Palace, all since 2013), as well as the rushed feeling that tinted GOMA’s first year at the helm. Instead, BIFF now has room to evolve, experiment and re-establish itself. And, as inspired by its physical base, to acknowledge the distinctive place this once-beloved, now-rebuilding event now inhabits.

Unlike its counterparts in Sydney, Melbourne and Adelaide, BIFF is Australia’s only major film festival run by an art gallery — and by Australia’s only art gallery with its own year-round cinematheque. That status, and its influence, isn’t lost on artistic director Amanda Slack-Smith, who, since early 2018, has also held the role of curatorial manager at GOMA’s Australian Cinematheque. ‘It has to affect it. The point of a cinematheque is to look at film as an art form — you can look at it as entertainment, you can look at as a commercial property, but for us, it’s about looking at film as an art form,’ she explains. ‘Because film is just a medium, just like painting or sculpture or any other kind of medium, and the art form comes with the artist or the filmmaker.’

That’s GOMA’s baseline for approaching BIFF — especially with a full year to plan, unlike 2018’s condensed timeframe. ‘What we can bring to the table is taking about the art forms over the process. There’s nothing wrong with talking about process, but I think this is something that our audience really relishes.’

For BIFF’s 2019 slate of events beyond its screenings, that means widening the scope — pairing slam poetry documentary Don’t Be Nice with a panel featuring authors, choreographers and poets; and following Worlds of Ursula K Le, about the eponymous feminist author, with a discussion with artists and fantasy writers, for example. As Slack-Smith notes, it’s an extension of GOMA and the Australian Cinematheque’s year-round strategy.

So too is the noticeable focus on film screenings with live scores, whether whipping out the organ to accompany the Harry Houdini-starring The Grim Game, or enlisting a violinist to play during a series of restored Alice Guy-Blaché shorts. Expanding the concept, BIFF will also give 1924 Russian sci-fi classic Aelita: Queen of Mars a new beatboxing spin, and task Aussie band HTRK with performing their own existing score for Scientology documentary Over the Rainbow.

Does this inbuilt appreciation of art in all its guises, and not just film, reflect more than GOMA’s own ethos — tapping into a changing creative landscape, especially in the audio-visual realm, where ‘content’ has become the catchword? Slack-Smith says it does. ‘I think it’s a really rich world for a viewer, and I think audiences’ thinking has shifted,’ she advises. Of course, if boundaries are blurring elsewhere, they’re bound to blur in the festival context as well.

When it comes to the nuts and bolts of putting on a film festival — programming a lineup that’ll lure in the masses, resulting in healthy ticket sales — Slack-Smith explains that ‘it’s about giving people multiple entry points to find what resonates with them’. There’s a longer-term component, too, with new BIFF patrons ideally enticed to return for Australian Cinematheque’s usual slate of screenings (a trend that the gallery is obviously keen to nurture). Vice-versa, giving gallery regulars a reason to attend the festival also clearly shapes some programming selections. When BIFF screens the world premiere of documentary Quilty: Painting the Shadows this year, it’ll wrap up GOMA’s recent nearly four-month-long exhibition of the artist’s work.

This gallery-wide synergy isn’t new, though, even if it is new to BIFF. When GOMA opened in 2006, it specifically included two spaces — sprawling walls and cavernous halls for exhibitions, and a two-screen cinematheque for film. In recent years, thanks to blockbuster showcases focused on filmmaker David Lynch and on the Marvel Cinematic Universe, the relationship between the gallery’s two halves has been especially fluid. ‘It’s a really natural progression. The slippage between the two spaces is really understandable,’ advises Slack-Smith.

While it was taken from Twin Peaks, the title of GOMA’s Lynch exhibition proves particularly relevant in this regard: Between Two Worlds. BIFF is still devoted to film first and foremost but, in bridging the gap between the event’s remit and its own, the gallery has given the festival the type of distinguishing touch that’s been missing of late.