Australian creatives are discovering a clever track towards the mainstream through a US company building new digital pathways.
David Tiley 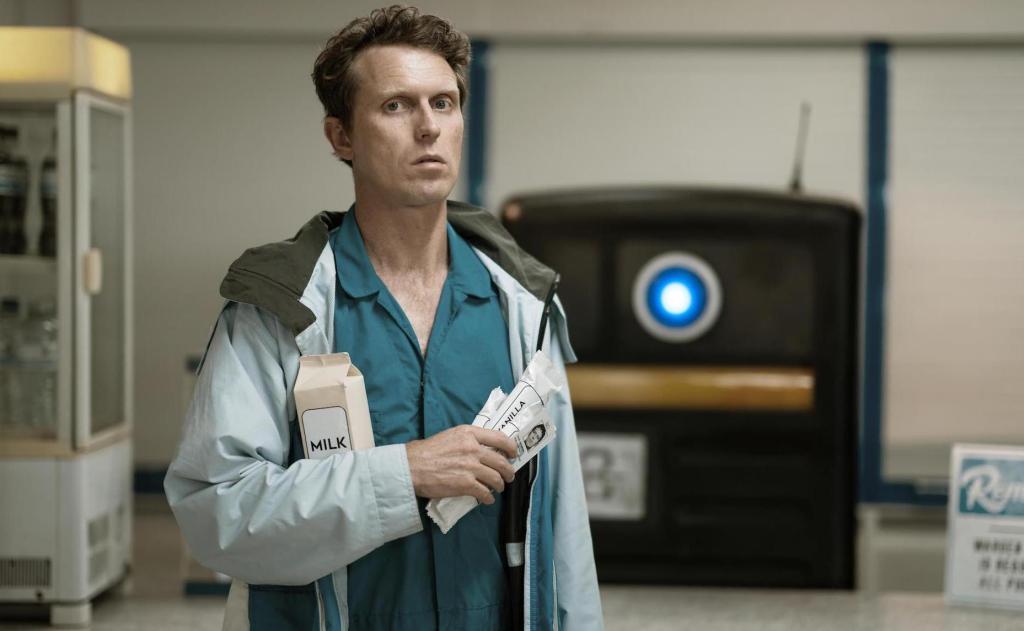 System Error is a short film by Matt Vesely about a curious human and an ornery robot which is going insane in an existential way. Sid is played by David Quirk in person, George’s voice is provided by Canadian comedian Nick Nemeroff completely remotely, and his body is built by design and cosplay expert Stephen Robb, who owns a company called Motherson Innovations. Vesely is telling everyone that Robb is a genius.

System Error exists in full on YouTube. In the longer project we discover that insanely efficient aliens rule the earth, but their robot enforcers are wretchedly incompetent.

The clips presented to us on YouTube are driven by algorithms, which are really identity tags built by the company which are constantly evolving. What looks like a significant change in the platform is just a creepy mathematical change in how the system describes us.

Youtube is convinced I really want Russian car accident films and blurry Sixties samurai classics. But now it is throwing a lot of classy short science fiction films at me, all badged to an entity called Dust.

On March 5, an Australia series supported by Screen Australia, the South Australian Film Corporation and Adelaide’s Mercury CX called The Big Nothing arrived with a Dust badge after finishing its festival run. It was made by directors Lucy Campbell and Peter Ninos, writers Campbell and Sophie Morgan, combined into a producing team which also included Adam Camporeale and cinematographer Claire Bishop.

Pushed by a recommendation from Screen Australia, the South Australians came back to Dust again.  Matt Vesely’s System Error arrived a week later, nurtured by Closer Products and Epic Films funded by the South Australian Film Corporation. A proof of concept film short for a much longer project, the film will debut in a cinema at New York festival Tribeca in April.

What is Dust, and why is it so classy? Amongst the zillions of daggy YouTube channels, it really stands out.

I ask Matt Vesely. ‘It is owned by a company called Gunpowder and Sky, he says, ‘and one of their brands is called Dust.’

Gunpowder and Sky calls itself an award-winning independent global studio dedicated to creating, marketing and distributing video content independent of form, genre or platform. On the net it resembles Vimeo with elements of YouTube and a heap of ads, politely called monetisation. It runs a YouTube channel with three strands or brands – Dust for sci-fi with 2.37 million subscribers, Alter for horror, with 1.73 million victims and Cut, which is much more conventional and tasteless and has hypnotised 10.5 million supporters.

It has a truly enigmatic website which obviously is not a barrier because I am using Google to find out more. Dust has me hooked and I will forgive a fair amount of friction to pin this thing down. An about us page (where is it, why is it hidden?) tells me it has in-house development, production, marketing and distribution capabilities. Matt Vesely tells me their marketing and social media support is very useful.

Vesely tells me the Closer and Epic company combo believes that audiences are really key to building new careers and getting exposure, and that the net is far more useful than traditional festival release.s This fits the trend to fund short films as proof-of-concepts; indeed System Error is a part of a much longer project which he has nurtured for a long time. He was going to turn it into a low budget feature but figures this approach is better. It is certainly cheaper and faster.

This is not an income stream for filmmakers. Gunpowder and Sky pays a small license fee and makes revenue from ads, presumably creating a warchest from putting hundreds of short films on its channel.

Social media shows us that cash is just one form of transaction which emerges from a tight connection between audience and creator. Matt Vesely gives me an important clue when he tells me that, ‘for us it was more about being able to reach out to an audience. We were just really excited to work with someone that had a passionate science fiction audience.

‘They were really lovely to work with and their social media team is responding to and boosting comments and they seem to be passionate about that as well.’

‘The audience loved the way the computer used DOS, and even translated the (actually random) bits of code to make sense of it, and realised it was just a cute joke.’

Beyond the presumably paltry income that Gunpowder makes, they are engaging closely with superfans who are responding honestly to dozens of proof of concepts. This is deep road testing. What is more, it attracts the attention of a cadre of classy genre filmmakers, and works out whether they can co-operate with Gunpowder.

Gunpowder minimises risk in development, can test further iterations, embraces filmmakers as co-financiers and creates a fluid context where they can collaborate with each other. Financiers will pay very great attention.

Those fans and accountants will also note the deals which the company has already made. It has the world-wide rights to Awaken, about to release on VOD platforms. It ‘ takes viewers around the globe in immersive 4K HDR showcasing the world’s natural wonders’, according to Deadline. It has a ‘sci-fi sports drama called Meshed, a TV series based on The Island of Dr Moreau, worldwide rights to a documentary on an Ultimate Fighting Championship, It has live streamed the premiere of its horror film Sea Fever. did a deal with China’s Quibi for Survive, a thriller… and so on, all decorated with powerful contemporary names like the writer of the Wick series, Derek Kolstad, prime blockbuster writer Zack Stentz, production company Balboa co-owned by Silvester Stallone, and executive producers Terrence Malik alongside Godfrey Reggio from Koyaanisquatsi.

This is a hotch-potch of deals varying from deep involvement to opportunistic snatches of ancillary rights, but the sensibility is soaked in the digital possibilities.

So, the final gumshoe questions. Who is Gunpowder and Sky? The company was set up in 2016 by Van Toffler who started with MTV in 1985 and spent the last eight years of his corporate life as President of the Music and Logo Group at Viacom Media Networks, which basically made him the lead interfacer between MTV and messy corporate titan Viacom. With him was Floris Bauer, once the strategy guru at Endemol.

The investment came partly from Van Toffler. The other player is Otter Media, which was set up by Peter Chernin, the former President and CEO of News Corporation and also top dog at the Fox Group. In 20128 his Chernin Group sold its half of Otter to AT&T, which also owns Viacom, perhaps to the horror of Van Toffler. With his new $1 billion, Chernin set up a private equity company.

It is fair to say that Gunpowder and Sky has access to a lot of capital but will have to be convincing to get it. For which all that social media data, close attention to fans and reputation as a great home for creatives will work really well.

Given that adventurous screen creators are always hunting for money, power and a permissive environment, all this looks like a very interesting launch pad.

Gunpowder and Sky has the US theatrical rights to Ben Young’s Hounds of Love, produced by Melissa Kelly.