Cast and crew announcements have been made for the Netflix show, currently shooting in Sydney.
Paul Dalgarno 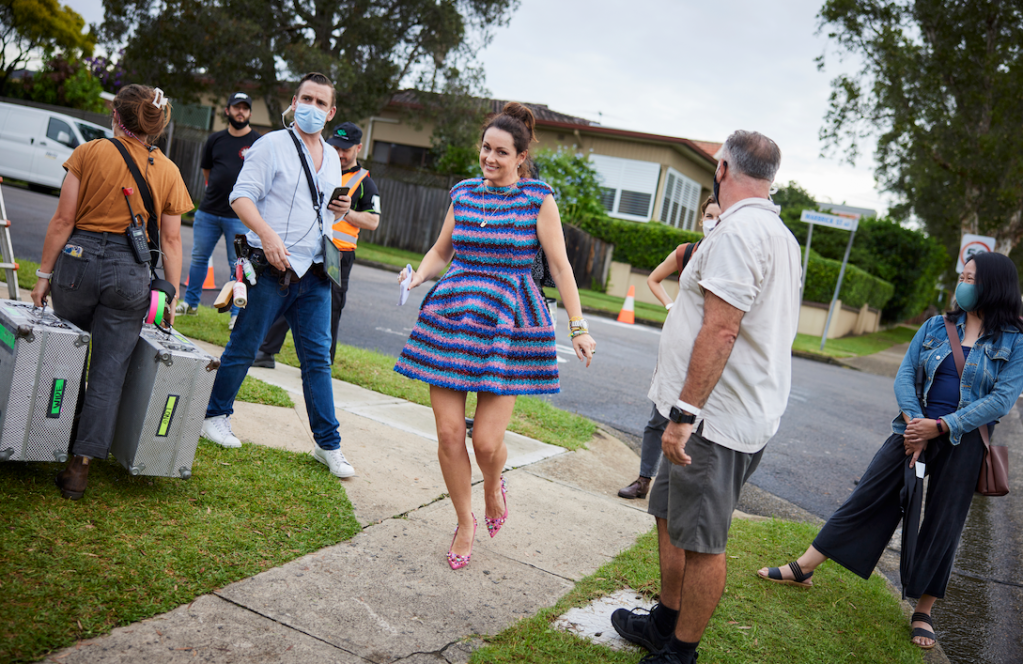 Netflix has revealed the first look of Celeste Barber as Liv Healy in Wellmania, its new Australian comedy drama series currently in production in Sydney.

Joining Barber in the Wellmania cast are:

The series follows food writer and ‘human tornado’ Liv (Barber), who has a major health crisis and is forced to rethink her ‘live fast die young’ attitude. After she scores a once-in-a lifetime job that will catapult her into the American mainstream, a series of unfortunate events in Australia sees her banned from re-entering the States unless she fixes her health.

Throwing herself body-first into a wellness journey, she tries everything from the benign to the bizarre in an attempt to get well quick, and reclaim her old life.

Produced by Fremantle Australia, Celeste Barber and Warren Clarke (The Heights) are Wellmania’s Executive Producers. Bree-Anne Sykes (Here Out West) will serve as Producer. Benjamin Law (The Family Law) and Belinda King (Cleopatra in Space) are co-Executive Producers. Romina Accurso (Class of ‘07) is Script Producer and writer, Rachel Laverty (Home and Away) is Script Editor and writer, and Nick Coyle (Sarah’s Channel) and Amy Stewart (Hardball) will serve as writers.