The new Tom Cruise blockbuster is dominating at the Australian and global box offices.
David Tiley 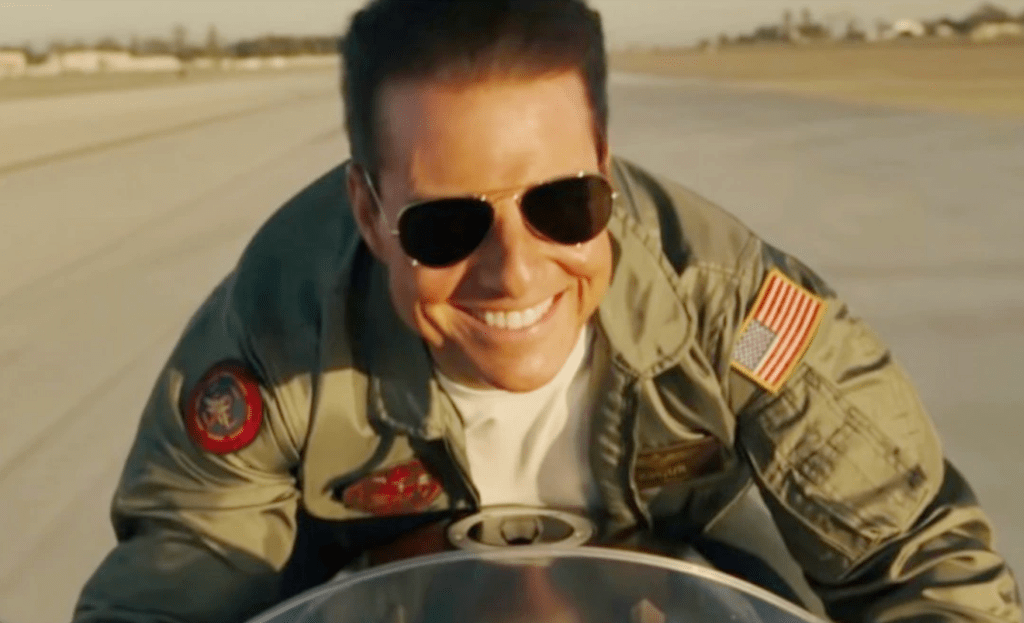 As producer and star, Tom Cruise has lots to smile about. Image: Paramount Pictures.

Any clash of the titans is easy to describe. Smash!!! Rend!! Squidge! And thus it is with the weekly box office as we head for the winter equinox.

Titan one is Top Gun: Maverick, with $32.73m in total across Australia. Number two is Dr Strange in the Multiverse of Madness, with $36.49m. However, Top Gun has been out for two weeks and is on 837 screens, while Dr Strange has been on our charts for five weeks and is now on 323 screens. [All figures in AU$].

The older film is no more than a twitch in the mud, crushed beneath the enormous footprint of Hollywood’s latest Screaming Jet Special. The Multiverse picture had three clear weeks without competition and then folded like a blow-up dinosaur abandoned in a snow storm.

Next week, the dinosaur fight gets a Sergio Leone three way battle touch as Jurassic World: Dominion enters the fray.

In other news, we have Indian film Vikram, launched on 90 screens and taking a modest $632,000 over the weekend, followed by animation film The Bad Guys in week-ten with $249,000.

The Bob’s Burgers Movie, converted from an animated series to an animated feature is one for the sophisticated culture vulture. In week two it made a terrible $228,000 from 265 screens despite a growing reputation as an amiable gem.

How to Please a Woman is pleasing its producers Tania Chambers and Judi Levine, with $1.78m in three weeks. It is sliding away, down to $207,000 last weekend off 252 screens, but its amiable charms have created an audience. This will serve its veteran writer and director Renee Webster well in her first feature outing.

Read: How to Please a Woman – sex work comedy with ups and downs

With Little Tornadoes, we enter the world of Fanforce and cinema-on-demand. Well reviewed but small and personal from writers Christos Tsiolkas and Aaron Wilson, and directed by Aaron Wilson, it has taken $52,000 in four weeks. It surely deserves more.

There is a fair list of Australian films popping up on a few screens which we are urging along:

Wash My Soul in the River’s Flow

A Stitch in Time

Top Gun 2 is sweeping the world in true blockbuster form, as if Covid never happened, and doing even better when we remember that China and (ahem) Russia are not screening it. It has done $760m worldwide with $400m from the US, while the longer running Dr Strange is on $1.26 billion and $720m in North America.

What about China? The situation for cinemas continues to be difficult, according to Patrick Frater because of Covid and tense political conditions. The total national box office was under $40m with an emphasis as expected on light local titles. Headline act My Blue Summer opened with $10m.