One of Britain’s best known contemporary artists celebrates the analogue processes of celluloid cinema in a new exhibition exclusive to ACCA.
ArtsHub
[This is archived content and may not display in the originally intended format.] 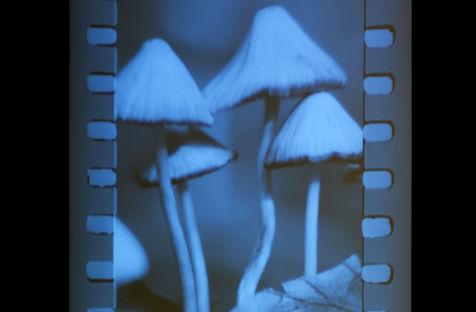 Now that most cinemas have been converted to digital platforms and filmmakers find themselves trapped with the new medium, one of Britain’s greatest contemporary artists is on a quest to save film and the analogue processes behind it.

Tacita Dean’s FILM, an epic 11-minute silent 35mm film projected onto a monolith standing 13 metres tall, is Melbourne bound after being highly acclaimed after it screened at the Tate Modern’s Turbine Hall. FILM will be on show at the Australian Centre for Contemporary Art (ACCA) from October 4 to November 30.

‘It would be difficult for many galleries to accommodate FILM,’ says ACCA’s artistic director Juliana Engberg. ‘Its size, vertical orientation and the necessary room dimensions are not generally available in most galleries or museums.’

Although ACCA is much smaller than the Tate Turbine Hall, the gallery has the perfect space to exhibit the work. ‘Proportionally we are the right fit for a great showing,’ said Engberg, who had no issues securing the exhibition thanks to her long established relationship with Dean.

FILM is described by Engberg as ‘a massive looping reel of film in which the artist presents a montage of images and filmic moments that show the versatility and vibrancy of the analogue processes.’

Dean utilises hand tinting, hand-made special effects, cut and paste and editing along with the subject matters of landscape, scenery and abstractions to link film to other analogue processes in art. ‘The hand is involved in every instance,’ explains Engberg.

While the work is a celebration of celluloid cinema, Engberg is quick to remind us that the artist is not suggesting people don’t use digital but only highlighting the great beauty and ‘a very special quality of image, colour and light that comes with the pushing of light through film’ – an image that she describes as ‘more viscous’ and ‘passionate’.

‘Where digital has a crisp almost ultra real feel to it, film has an atmosphere and ethereal quality that continues to capture the magic of film crafting. People are very attracted to these softer images, whichseem still part of their own tactility and I suspect this is one of the reasons the audience continues to be attracted to Tacita’s work. Her subjects and processes retain a humanity.’

For more information about GREAT Britain Arts 2013 visit greatarts13.org.au or check out our dedicated Festival Focus.