The My Cinema My Film Festival is a heart starter for ailing indy cinemas, with hopeful signs for post-Covid changes.
David Tiley 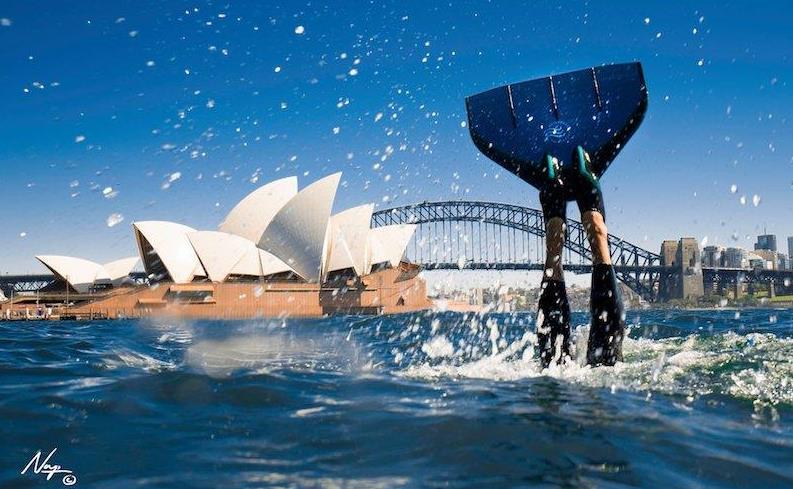 We have very little idea yet what the pandemic has done to the fabric of our society and economy.  Piece by piece we will work it out and find different ways of viewing the glue that holds us together.

But we already know that cinemas are important and exhibitors are in pain. None more so than small indy picture houses with distinctive programs and a strong sense of community. In most of Australia the biggest problem is sheer lack of films; even the great pictures that arrive have no advertising budgets, so the filmgoers forget that the movies are part of their lives.

Between them, the Sydney Film Festival and ICA, the Independent Cinemas Australia, have created a scheme which looks like a very good idea. It is called My Cinema My Film Festival. Right now it is a Covid-bandaid, but it will make a long term difference.

Two curated programs will screen in 19 cinemas across New South Wales, Queensland, South Australia, Western Australia and the Australian Capital Territory. The only gaps are Victoria, still trapped in Covid, and Tasmania. They will roll out through November and December 2020.

The actual vehicles for this is the Travelling Film Program from the Sydney Film Festival, part of the outreach movement from Australian film festivals, Screen Australia and world-wide content delivery service Qube Wire.

Read: Victorian Cinemas lined up ‘with brothels and nightclubs’

According to Leigh Small, the CEO of the Sydney Film Festival, David Stratton set up the original travelling festival in 1974, which ran a weekend of films in a variety of centres in NSW and Queensland in consultation with community audiences, based mostly on the previous SFF program.

For 2020, SFF tried to close it down. ‘We were quite pragmatic about it,’ said Small. ‘We didn’t think any of our centres would get up this year.’ But, by July, they were under pressure to take a punt. Audiences were as good as 2019 despite the COVID restrictions.

At the same time, said Small, ‘they were telling us about the devastation in the independent cinema sector where you’ve got family owned businesses that have been operating for over 80 years having to close down.

‘They have reduced audience capacity, but their next challenge is actually getting films due to delayed and limited theatrical film release cycles.’ Effectively, SFF has taken the travelling program beyond the weekend binge into a longer season in two blocks, one each for urban and rural cinemas.

‘They have reduced audience capacity, but their next challenge is actually getting films due to delayed and limited theatrical film release cycles.’

This is not quite Mum and Dad cinemas, though the remote single screen outfits are a lot more sophisticated than outsiders realise. They are mostly the Wallis, Dendy and the WA Grand Cinemas chains. The biggest ICA member, Palace Cinemas, is effectively providing a similar hit to its own outlets.

For the cinemas solves a couple of fundamental problems. They are focused on tentpoles which provide most of their income, along with Australian films which do very well in regional markets. (yes, they do). So the process of booking and negotiating more esoteric films is difficult and the festival provides a vital link in the chain.

What is more, the smaller films they are offered don’t have marketing assets because they are barebones releases. But festivals demand and get the advertising and sometimes PR collateral to give a film profile. Experienced producers who work the festival circuit know that getting onto to programs is a lot easier with tasty visual aids and online marketing.

So the smaller chains and some indy are getting plug and play bling, which also reminds audiences that they actually exist – which we understand is a significant problem in rebuilding the cinema going habit.

The My Cinema My Film Festival initiative can have three long term effects as we come out of COVID.

The programs runs from 19-30 November regionally and 27 November to 10 December in metro areas.

Here is the program and the cinemas for the My Cinema My Film Festival initiative.

Tickets are on sale at participating cinemas from Friday October 30. More information via SFF.

The Climb | USA | Directed by Michael Angelo Covino – A totally charming, and bittersweet comedy directed, written by, and starring Michael Angelo Covino, that follows two friends through different rocky times in their lives. A prize winner at Cannes 2019 and a favourite with critics around the globe.

Charlatan | Czech Republic | Directed by Agnieszka Holland – Multi-award-winning director Agnieszka Holland’s latest drama focuses on the real-life story of an obsessive herbalist – a conman for some, a saviour for others – during the Nazi Occupation of Czechoslovakia and the subsequent lowering of the Iron Curtain.

Journey to Utopia | Denmark, Norway | Directed by Erlend E. Mo – A forward-thinking family leading a picture-perfect life on their farm in Norway make the dramatic decision to move to a brand new self-sufficient, eco-village in Denmark, but the path to environmentally ethical living is less than easy in this heart-warming documentary.

It Must Be Heaven | Palestine | Directed by Ella Suleiman – A comic saga from acclaimed Palestinian director Elia Uleiman, that asks the fundamental question – as he journeys across the globe – where is the place we can truly call home? Selected for the Cannes and Toronto Film Festivals.

Descent (SFF 2020) | Australia | Directed by Nays Baghai – Winner of the Sydney Film Festival’s 2020 Documentary Australia Foundation Award, Nays Baghai’s strikingly beautiful film focuses on Kiki Bosch, a free diver in freezing water – not a pastime for the faint of heart, but for Kiki, it was a life saver.

The Painter and the Thief | Norway | Directed by Benjamin Ree – A Sundance prize-winning documentary that exposes the curious friendship between an artist and the thief who stole her paintings, that offers a profound look at the art of healing — and the healing power of art.

Safety Net (SFF 2020) | Australia | Directed by Anthea Williams – Thirteen-year-old Terry is in emergency care with guardians after his mother’s arrest. Cheeky and living with a disability, he’s able to outwit one guardian while finding exactly the connection he needs from the other.

Diving In (SFF 2020) | Australia | Directed by Adam Bowes, Nina Oyama – Will romance blossom for Alex? The competitive swimmer is madly in love with Jen, who works at the local pool. First, he needs to make a date, but his mischievous friends aren’t helping.

Obscura (SFF 2020) | Australia | Directed by Emily Jordan, Hannah Jordan – An imaginative stop-motion animation that looks inside our cameras at the creatures within, who are living lives defined by what they see through the lens.