Small Screen Highlights: Michod’s The King, Mark Cousins’ Troubles and Living with Yourself

Our TV picks including YouTube's 'Impulse' and 'Between Two Ferns: The Movie'.
Screenhub Hivemind 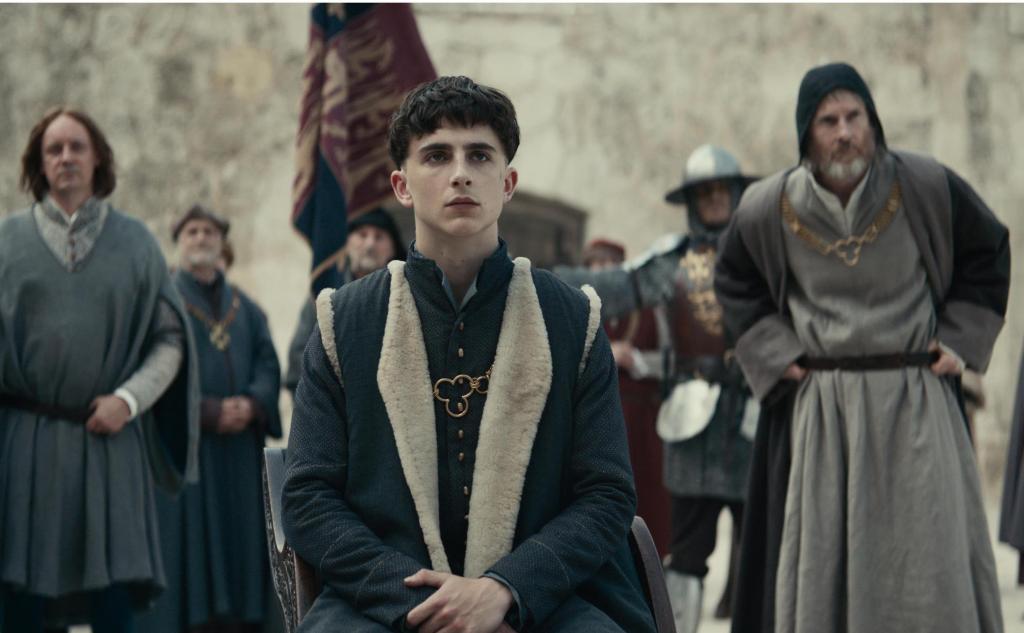 Timothée Chalamet sits on the throne in David Michôd’s Shakespeare adaptation ‘The King’. Courtesy of Netflix.

Directed by David Michôd (Animal Kingdom) and co-written with Joel Edgerton (who also stars and produces alongside Liz Watts), this drama is loosely based on Shakespeare’s Henriad series of history plays.  It stars Timothée Chalamet as the drinking, whoring reluctant young monarch Hal, alongside Ben Mendelsohn, Robert Pattinson and Lily-Rose Depp. The Netflix Originals film had a brief run in cinemas before dropping onto the streamer on 1 November. Our reviewer, Anthony Morris, wanted more fun or more epic gravitas from ‘a film where Edgerton is hamming it up, Chalamet is broodingly pouting all over the place and a startling Robert Pattinson is gnawing on the scenery as a foppish blonde French princeling’, but he praised the work of cinematographer Adam Arkapaw and costumes by Fiona Crombie and Jane Petrie.

Currently sitting at a respectable 71 per cent on Rotten Tomatoes‘ critic meter, international responses to the film have been mixed, with critics like the Washington Post’s Ann Hornaday finding it visually attractive but a ‘dutiful and a little bit dull’. Nevertheless, with 13 AACTA nominations, The King is an Australian film you definitely need to see to be part of the awards conversation.

50 Years of The Troubles: A Journey Through Film

ArtHub’s Performing Arts Editor, Richard Watts, has recently returned from a holiday in Ireland where he was lucky enough to catch 50 Years of the Troubles, the intimate new documentary from Belfast-born filmmaker Mark Cousins. ‘Moving, thoughtful, and beautifully constructed, 50 Years of the Troubles: A Journey Through Film is a powerful exploration of memory, cinema and the history of Northern Ireland’s Troubles in which the art of cinema rubs shoulders with Cousins’ personal accounts of growing up in a time of conflict,’ said Watts.

‘Cousins tells us: “I feel so happy in a cinema. For me it’s like a harbour. A shelter from the storm … It’s safe. It’s quiet. It’s this place where you unravel … It felt as if movies took you by the hand … and took you somewhere more beautiful, more real, less skewed by politics and fear.”

‘Juxtaposing archival footage of The Troubles with extracts of films which sought to tell the story of Northern Ireland’s violent sectarian conflict (ranging from Carol Reed’s Odd Man Out (1947) to Yann Demange’s tense drama, ’71 (2014) and skilfully edited, the result is philosophical, fascinating, and highly compelling. Yet to picked up by local networks, it shouldn’t be too hard to track down,’ Watts said. This extended Youtube grab gives you some idea of what to expect.

Between Two Ferns: The Movie (Netflix)

Between Two Ferns is back… kinda, says our Content Director, George Dunford. ‘Netflix has flipped the awkward webisodes of celebrity interviews into a full-length feature but most of the laughs are in the original idea. It starts promisingly with the drowning of Matthew McConaughey, but drifts into the backstory nobody needs. Will Ferrell phones in a role as himself for a McGuffin calling for Galifianakis to cross the country to get 10 celebrity interviews which will make things right after the McConaughey drowning. It’s a pointless device to get us to more interviews, with gems like the confused David Letterman, Brie Larson and Benedict Cumberbatch (mangled by Galifianakis as ‘Benefit Lumberjacks’). The only interview that goes outside the ferns to draw on the rest of the plot is with John Legend and has the unlikely subtext of Galifanakis having slept with Legend’s partner Chrissy Teigen. The original interviews had Galifianakis switching between incompetence and malice so both audience and interviewee never knew if was critiquing celebrity or clowning with it. The film goes for the latter stretching the idea too thin. It’s a pint of vodka – more than you want to drink, and it loses it’s potency and flavour the more you do.’

This contemporary YA sci-fi web drama comes recommended by Alex Lofting, our Digital Product & Marketing Manager, who has watched both seasons (all 20 episodes) on YouTube.

Based on the YA novel by Steven Gould, the story follows 16-year-old Henrietta Coles (Maddie Hasson), who discovers she can mentally move objects and teleport, but has no control over her destination. She first discovers her abilities when she’s fighting off a rape by the high school basketball captain and inadvertently crushes him with her powers. Lofting says the well-acted, well-made show deals intelligently with issues around sexual assault and disability and it’s an entertaining ride that will appeal to fans of the Looper universe, Sense8, and surprisingly, Fargo.

Living with Yourself (Netflix)

Screenhub journalist Rochelle Siemienowicz has been enjoying this brand new comedy drama Netflix series starring Paul Rudd (Ant-Man) in not one, but two lead roles. The series is created by Timothy Greenberg (The Daily Show with Jon Stewart) and follows Miles (Rudd), a burnt out advertising executive who undergoes an experimental black market medical treatment that results in him being replaced by a fresher, better clone of himself. He now has to compete with himself both at work and in the bedroom, as his Irish wife Kate (Aisling Bea) seems to prefer the new guy.

‘I like the way this show explores long-term marital disenchantment and works within the classic genre of the comedy of remarriage,’ says Siemienowicz. ‘Paul Rudd is an always likeable and empathetic lead, and technically, there’s never a moment where you question if he’s actually two people. While the show is more poignant than laugh-out-loud funny, there are moments of hilarious physical slapstick mixed in with the existential angst. This is one of those short-episode treats that you can either snack or binge on.’