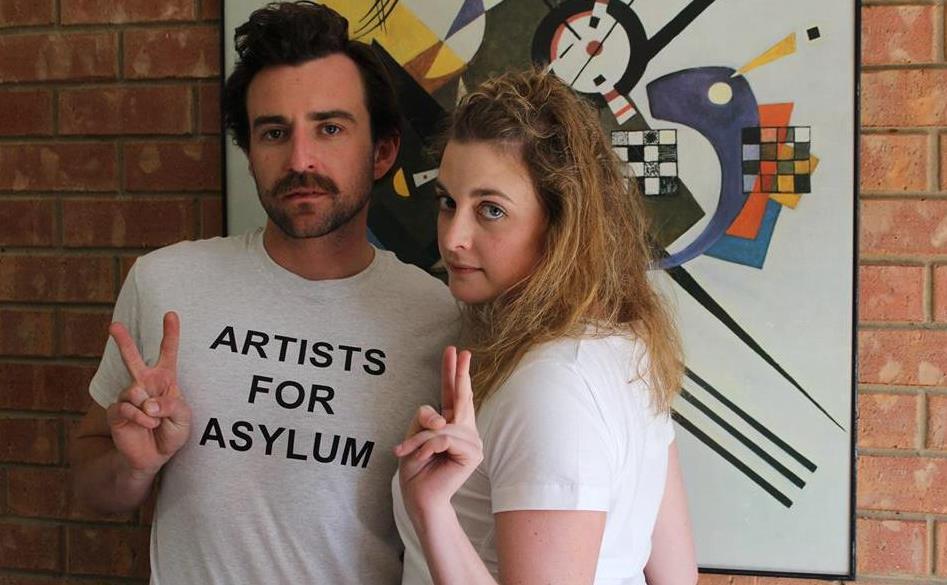 The Australian Writers’ Guild has announced the winners of the 2020 Monte Miller Awards. For over forty years these prizes have championed the importance of scripts written with an authorial voice, dipped in passion, valuable in themselves without a production home.

Now they are supported by the Pathways program, which provides a marketplace for these projects independent of producers.

The 2020 long form winner is Justin Olstein with Shoshanna, described on the Pathways site as

Chassidic woman Shoshanna Feingold hires in-home carer Alex to help tend to the daily needs of her physically declining husband, Hirschel. Slowly but surely, as Alex becomes embedded into the Feingold family structure, the two women develop a close bond. [..] In this crucible of competing interests, Shoshanna must bravely confront her husband, her community and ultimately, herself.

Justin Olstein’s story is a map of every possible strategy to get a foothold with that first all-important substantial project. As he said to Screenhub on the phone, ‘Like every other filmmaker out there I have been going after everything I can possible go for, so I would agree wholeheartedly with that.’

A graduate of the Victorian College of the Arts Film and Television School, he was part of the Berlinale Talents group for 2013, and has made six shorts since 2006, which have done well at festivals. Adam’s Tallit was commended at the Melbourne Queer Film Festival while Fun City was funded by Screen Australia.

His feature documentary Curtain Call ran at the Melbourne International Film Festival and on SBS; he turned the project into a drama feature which was workshopped in New York with Marilyn Horowitz. He had a director’s attachment on Strangerland, with actor’s director Kim Farrant.

Around 2015 he put together a 7 by 3 minute comedy webseries, Echo Chamber which is available on the net in full via Facebook.

In his thirties, surviving on development money and video editing work with a fair share of weddings, he believes he is beyond making any more shorts. He discovered that a substantial documentary credit does not count as a breakthrough in drama, and the web series created interest but no real excitement. At the same time, both forms enabled him to practice his craft and develop a range of precise skills, and gave him a sense of connection and community. Besides, the projects were fun.

His latest short is The Visitor, produced by Clea Short who is also lead producer on Shoshanna.

According to his bio, ‘Justin is passionate about Jewish representation on screen, and is committed to redressing the scarcity of Jewish-themed stories produced in Australia’ though we can see his projects expanding in scope and picking up genre skills and attention.

Shoshona is in development through Creative Victoria, and came close to the Sundance Screenwriters’ Lab.

There are two commendations as well:

Alexandra Adornetto is ‘an Australian actress and screen-writer with a background in Young Adult literature’. In fact her first novel was picked up when she was all of 13 which turned into a trilogy, The Strangest Adventures. Her second project, The Halo Trilogy broke out in the US, hit the New York Times Bestseller List for YA fiction and is now in 25 languages.

Alex Von Hoffman was born in the US, turned into an adult by Perth and honed by Melbourne, where he pursues his ambitions as a genre director with six shorts to prove his point. He had a director’s attachment on two episodes of Netflix’s Marco Polo so he will never be trodden on by a horse again.

As an artist he describes himself as a filmmaker and storyteller, as a parent he is the father of two girls, and as an athlete he is an obstacle course racer, which is just perfect for an indy filmmaker. He is the Creative Lead Digital Content for the National Australia Bank.

And the shortlist has a. great touch of fun.

To save the club, a third-string footballer fakes a panic attack and becomes the poster boy for the AFL’s new mental health program: art therapy.

Banks turns out to have an extraordinary background which makes him a unique fit for this project. He is a professional cellist with a degree from the Queensland Conservatorium, polished with a Masters in Music Performance and Pedagogy, which took him into the Szygy Quartet and freelance work for state orchestras.

He also spent four years on a Bachelor of Fine Arts in Screenwriting at the Victorian College of the Arts.

This is the only time Screenhub has been able to demonstrate the artistic skills of a writer with a music clip. Think of it as the sound track to a career as a writer.

Writers in the shortlist take advantage of the storyworld flexibility in short film.

There are six women and six men in this list.