It's the news we've been expecting but dreading. No MIFF cinema screenings in Melbourne for the second year running.
Rochelle Siemienowicz 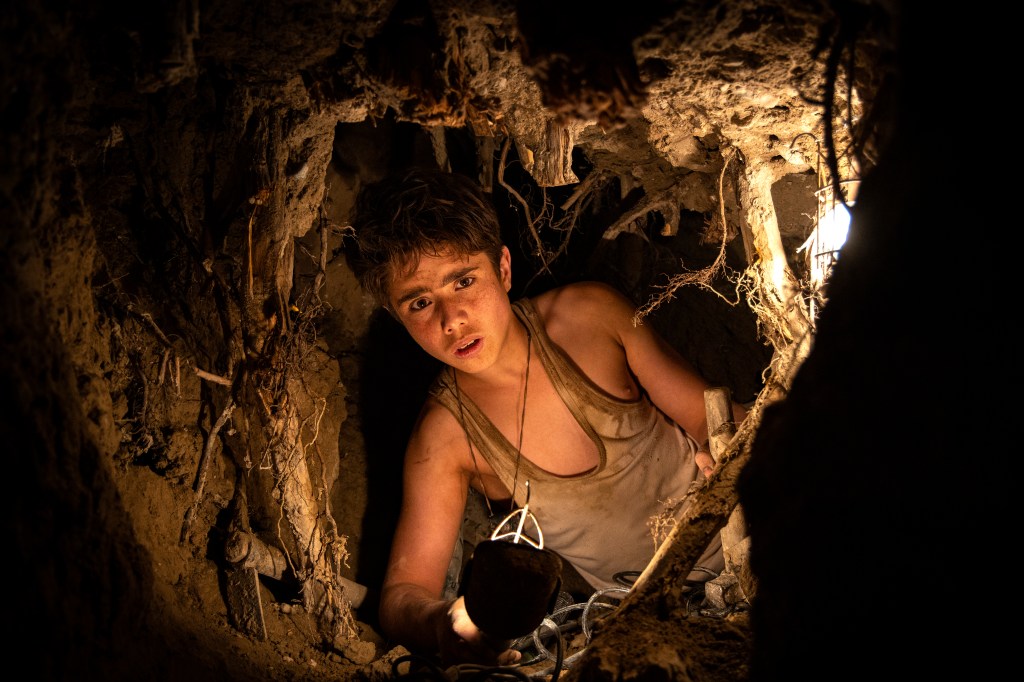 With Melbourne’s sixth lockdown expected to continue beyond Thursday 8pm, the Melbourne International Film Festival (MIFF) has finally made the call that realists expected and cinephiles dreaded. In a statement released this morning, MIFF said:

‘In light of the current COVID situation in Melbourne, and with the safety of audiences and staff at the forefront of their thinking, the board and management of Melbourne International Film Festival (MIFF) have taken the very difficult decision to cancel the in-cinema component of this year’s festival, planned to be delivered from Thursday 12 through Sunday 22 August.’

‘Refunds will be issued to all patrons who have booked tickets for these sessions. Despite this change, MIFF is committed to the extended delivery of the 2021 MIFF Play program – the festival’s online streaming platform – which has been beaming into living rooms across the country since last Thursday, alongside MIFF’s world-leading Extended Reality program, which is available to audiences, free, globally.’

Importantly, the announcement says that if you’re in regional Victoria, current freedoms mean that ‘MIFF’s regional cinema season will continue, and required changes to the regional line-up will be advised through local operators’.

MIFF Artistic Director Al Cossar, who must be even more disappointed than the rest of us, managed to find some light in the dark, emphasising the parts of the program that will still be accessible:

‘MIFF’s heart was in a return to cinemas this year, and this is a goal that we have pursued with determination to this point. It is with deep sadness and profound frustration that we must take the step of cancelling our Melbourne cinema-based screenings for 2021,’ he said.

‘From the outset of a volatile year, we designed the festival to be scalable and adaptable – a festival that could change with these uncertain times to meet audiences where they are. Despite the duress of this moment, we are proud that elements of our program can still continue; that our commitment to regional audiences will be fulfilled through the delivery of in-cinema programming across Victoria; through our XR platform, global audiences anywhere can continue their season of MIFF’s exciting range of immersive experiences; and, centrally, through MIFF Play we can continue to deliver the very best Australian and international films to audiences not just in Melbourne but right around the country, at a time that it’s most needed.’

As a sweetener to this massive disappointment, a further 30+ films have been added to the online MIFF Play program, which will now feature close to 100 films, including four direct-from-Cannes-titles — The Hill Where Lionesses Roar, La Civil, Rehana Maryam Noor and Babi Yar.

‘Carrie Brownstein (Portlandia) and Annie Clark (aka St. Vincent) hit the road to explore the absurdities of fame in the psycho-thriller music mockumentary The Nowhere Inn by first-time feature filmmaker Bill Benz (Portlandia, Kroll Show). Revelling in both absurdity and profundity, the film contemplates creativity, friendship, and the eternal struggle to be your authentic self.’

‘The magnificent Mads Mikkelsen stars as an ex-soldier looking to avenge his wife’s death by the supposed hands of a bikie gang, whilst hiding his vigilante campaign from his daughter, in the ingenious, pitch-black Scandi comedy Riders of Justice. Mikkelsen reunites with Anders Thomas Jensen (Men & Chicken, MIFF 2016) for this deliciously absurdist deconstruction of the revenge thriller which opened Rotterdam in 2021.’

‘Human resilience and healing are at the centre of Notturno, an achingly poetic, humane meditation on life in the shadow of war and the Islamic State from Oscar-nominated documentarian Gianfranco Rosi (Fire at Sea, MIFF 2016). Rosi spent three years filming, mostly solo, in the region, capturing an intimate collection of characters and moments to tell the stories beyond the conflict.’

‘Revered mavericks Dennis Hopper and Orson Welles meet for an intimate, free-ranging conversation on everything from politics and sex to the cinema itself in this unmissable slice of film history. Directed by Welles, who emerges as a probing, provocative presence behind the lens, the resulting two-hour, alcohol-fuelled conversation roams across vast territory: politics, sex, revolution, America and, of course, the cinema. Originally intended as material for Other Side and only recently unearthed, Hopper/Welles is a fascinating, never-before-seen meeting of two outspoken, complicated giants at a crossroads moment in film history.’

‘Palestine’s entry for the Best International Feature Film Oscar is an offbeat Gaza-set romance that finds an unlikely hero in an older man – Issa – determined to live his fullest life. Written and directed by Tarzan and Arab Nasser, and starring Hiam Abbass (Succession; Lemon Tree, MIFF 2008) as the captivating Siham, Gaza Mon Amour masterfully melds complex political issues with comedy. Palestinian authorities may put plenty of obstacles on Issa’s road to love, but the Nasser brothers’ use of absurd deadpan humour stops proceedings from becoming too bleak. While the sound of gunfire and bombs is never far away, love and laughter blossom in this tender, affectionate film.’

Night of the Kings

‘Shifting between crime drama, white-knuckle thriller and fantasy, and boasting an impressive cast – including versatile actor Denis Lavant (Holy Motors, MIFF 2012) in a scene-stealing supporting role – Night of the Kings is the captivating second feature by Ivorian filmmaker Philippe Lacôte (Run, MIFF 2014). Nominated and awarded at film festivals across the world since its 2020 Venice premiere, this intricate, distinctively West African spin on One Thousand and One Nights is sure to keep viewers on the edge of their seats.’

‘This aesthetically stunning historical drama —which won the Special Jury Prize at the 2020 Venice Film Festival and was shortlisted for Best International Feature at the Oscars — draws on the true story of the long-denied 1962 Novocherkassk massacre. Expertly helmed by one-time Andrei Tarkovsky collaborator and revered auteur Andrei Konchalovsky (The Postman’s White Nights, MIFF 2015), Dear Comrades! is a moving, quietly satirical examination of the ruthlessness of unrestrained power and the limits of ideological commitment.’

‘A gang of street kids is hired to pull off a dangerous heist in this Oscar-shortlisted coming-of-age drama from Iranian director Majid Majidi (The Willow Tree, MIFF 2006; Children of Heaven, MIFF 1998). A master of evoking childhood on screen, Majidi brings his deep sense of empathy to this film that plays as a blend of prison-break thriller and schoolyard caper, with social critique and 21st-century neo-realism thrown into the mix. Winner of several awards, including Best Film at Iran’s Fajr Film Festival in 2020, Sun Children is a heartfelt and heart-rending appeal for the welfare of millions of kids exploited for child labour worldwide.’