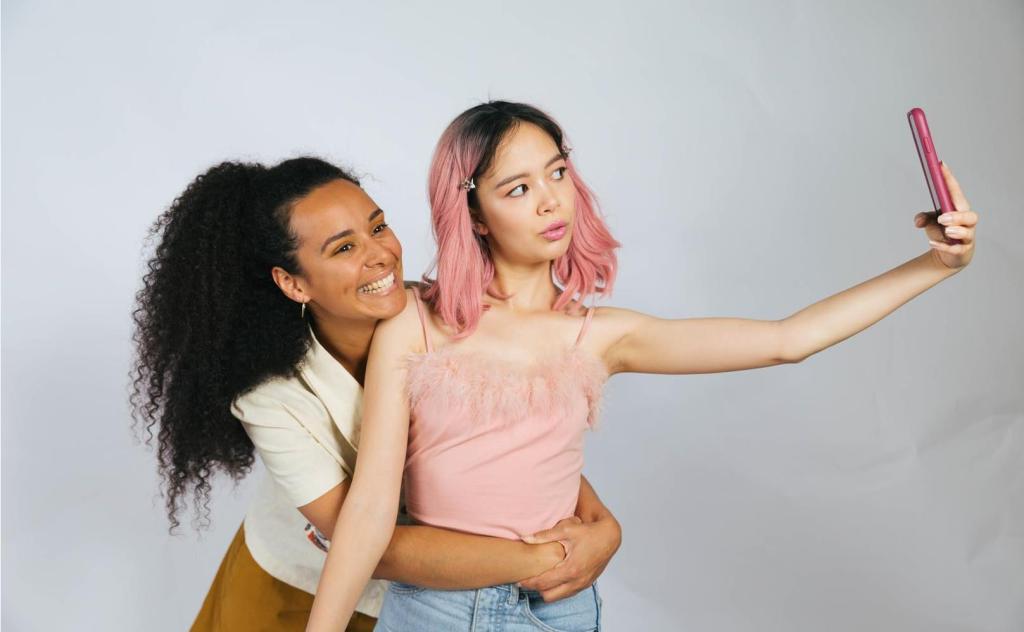 Does it even need to be said that Melbourne WebFest took place entirely online this year?

Now in its eighth year, the 2020 program for Australia’s international web series festival took place on 4 – 6 September. It transitioned, apparently seamlessly, to a live online event for the first time, including an in-conversation event with SBS On Demand, an industry workshop with Screen Australia, networking opportunities, and, arguably one of the most important events for Australian web series creators, the Pitch iview competition with ABC iview.

The festival screened 80 series from 16 different countries and presented 25 award categories, with winners announced on 6 September at the close of the three-day online program.

Created and performed by sisters Eliza Reilly & Hannah Reilly, who produced with Nikita Agazarian, Sheilas offers short comic episodes dedicated to the ‘forgotten stories of the badass sheilas of Australian History.’ The production design is indeed zesty and inventive, so we should mention Karla Milat for her winning work here.

Welfare won Best Australian Spotlight (series made on a budget $50,000 USD or less) and will receive $1,000 worth of post-production services from Melbourne based company Roar Digital. Created by Laura Jane Emes and Steve Bastoni, written by Samuel Bartlett and directed by Frank Lotito, Welfare is a six-part mockumentary exploring ‘the bureaucracy and hypocrisy in Australia’s welfare system, and how its rules and regulations lay waste to compassion and common sense.’

Best Australian Drama was awarded to Help, written, produced and co-directed by Fabiana Weiner, who created it in association with Visible Studios. The synopsis: ‘Determined to reclaim her life after a near death experience resulting from her alcohol abuse, 27-year-old- newly-sober Ki Royce must now make her way through a thicket of challenges including online dating, unpredictable young men, baffling job requirements and a host of other modern challenges as she discovers what life’s like without dependencies.’

Also from New Zealand was the winner of Best International Non Fiction was Kent Briggs’ Who Killed Lucy the Poodle? which has a truly gobsmacking synopsis for a true story:

The survivor of a disastrous circus event in the 80s attempts to uncover who may have fed a performing poodle to three lions on the day they escaped into a crowded lakefront in small town New Zealand. This genre-bending series follows Kent Briggs as he pieces together one of New Zealand’s most outrageous slices of history.

Australian web series pioneer Julie Kalceff was presented the Michael Ajakwe Jr. Achievement Award, which acknowledges those who embody the spirit of the late Michael Ajakwe Jr., creator of the world’s first web series festival LA WebFest. The award recognises exceptional work within, and support of, the digital series community.

Kalceff, who is also on the Melbourne WebFest advisory council,  is best known as the creator, writer, director and producer of the international hit online drama series Starting From Now, one of Australia’s most successful multi-platform projects. With over 130 million views and seen in more than  230 countries, the drama series was also played on broadcast television in Australia. With five seasons and 30 episodes, it is said to have helped create a web series model now used as a case-study around the world.

This year, Melbourne WebFest ran its fifth live pitching competition for digital creators, Pitch iview, giving 20 finalists the opportunity to present a two-minute pitch for an original web series based on the theme ‘Infinite Worlds’.

The winning pitch was awarded to The Family by emerging ACT filmmaker Sebastian Chan. Partly based on his personal experience as an adoptee from Columbia, the drama mystery, with a potential for dark comedy, had the following synopsis:

Simon, an adoptee and only child, is somewhat estranged from his parents Mark and Patty. One evening during a lunar eclipse, his parents disappear without a trace; Simon discovers a portal that opens a window to parallel universes where he is able to communicate with Mark and Patty’s other alternate universe children; also adoptees. These other adoptees are from different parts of the world and bring unique perspectives about the situation Simon finds himself in. He recruits them to find out more about their parents and together they start hunting down clues to uncover the truth behind their disappearance.

Screenwriter and academic Dr. Cath Moore, who featured on the Pitch iview judging panel said in the media release that: ‘Melbourne WebFest really is a community of viewers, content makers, broadcasters and producers, celebrating the enormous wealth of web-based talent from around the world. With numerous networking opportunities woven into the program, it fosters discussions and relationships that extend beyond the festival, and continue into industry. WebFest provides an opportunity for emerging practitioners to be part of the ongoing conversation about diversifying national screen identities.’

The full list of 2020 Melbourne WebFest Winners is here. Or watch the online Awards Gala on Youtube.