Matchbox, Screentime and a path from Adelaide to the world

Has the SAFC brought Matchbox and Screentime to Adelaide at just the right moment? We'd like to think so.
David Tiley
[This is archived content and may not display in the originally intended format.] 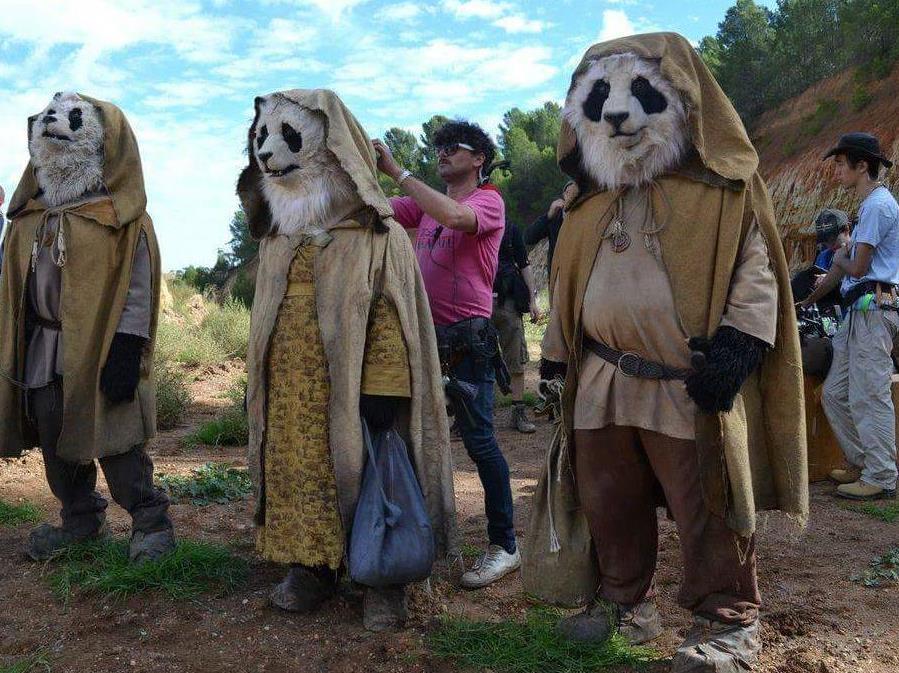 The collective imagination of South Australia is heading for some serious opportunities to break out. I am not sure the mainstream production world quite knows what it could get. Image: Wastelander Panda.

This is a story about a really interesting collision. On the one hand we have Matchbox Pictures, owned now by multinational media company NBCUniversal, built from an alliance of five lively producers in Melbourne and Sydney, all with independent souls, and all profoundly committed to screen storytelling.

According to the acting Managing Director Matt Vitins, ‘We like to see ourselves as defining story in terms of culture and cultural values. We are indoctrinated into that. When you join it is pretty clear that there is a type of Matchbox story, and it always has a cultural point of interest.’

In other words, Matchbox has a very clear approach to the messy choice between specific, challenging storyworlds and generalised archetypes with ritual shapes appealing to everyone. All wrapped up in the need for global stories.

‘We are mindful of the big trends in TV – we are working in a global market and we feel this constantly,’ said Vitins. ‘If you look at the drama announced lately, they are all international partnerships. Australian TV has to be not only successful in this market, but internationally to count as a success. We participate in that internationalisation of TV, in the golden age people talk about.’

On the other hand, we have South Australia. The legendary home of the agency system, site for iconic 1970’s films, a key point in so many careers. A quiet provincial city, fragmented with its own subcultures, but with a strange artistic bent growing from its agricultural origins. The site of the first Australian international Arts Festival. A forward thinking school system, which often encouraged creativity. Small but persistent tertiary arts teaching, with limited resources and some excellent graduates.

It sustains a solid base of screen craftspeople, it is really convenient and it has a sense of community. The Media Resource Centre which works with emerging and community based creators has survived every crisis since 1975 and still has a strong identity.

For many years the screen sector has lived with the frustration of working on interstate productions, but unable to develop enough SA driven stories. It is a hollow feeling and disconcerting to watch. Since the year 2010, the South Australian Film Corporation has built two studios and brought a steady stream of interesting productions into the state.

At the same time, a new digitally savvy generation of creators have fed their own distinctive imaginations with the new production opportunities. The tenants directory for the SAFC building shows the range but Closer Productions, Triptych, Epic Films and Duo Arts stand out. Rising Sun Pictures and Kojo are important post production companies… and so on. The SAFC low budget FilmLab program from 2010 supported eight teams to create barebones feature films, relying much more on inventiveness than scale.

The Adelaide Film Festival is both nest and provocation, as probably the most daring source of government money in the Australian screen landscape.

The local culture is pretty fertile and certainly not bleak. As producer Kirsty Stark explained, ‘South Australia has been a real place to create for me. My track to production was different from other people, having started in the camera department, but it gave me opportunities and allows me to be a little out of the box and still create a career and make exciting projects.’

She collaborates a lot with other companies – a real feature of this landscape – produced the Matthew Saville indy feature Month of Sundays, has done a bunch of short projects for the net including Wastelander Panda and the comedy series Goober,  and The First Day, a twenty minute drama which won the Gender Equity Prize at the Prix Jeunesse International Children’s Television Festival in June 2018. It was written and directed by Julie Kalceff.

Meanwhile, Matchbox came to town to make Deadline Gallipoli.  ‘We got a sense of the local talent,’ said Vitins. ‘I had identified Kirsty as someone we wanted to work with. We had a really good relationship with Annabelle Sheehan and the SAFC, which is a supportive and clever funding agency.’

In 2017, the SAFC set up the Television Company Partner Initiative, to allow selected interstate production companies to set up in South Australia, led by a local producer funded with $250.000/year for two years. Screentime, known for Underbelly, had been making Pine Gap and the Wolf Creek series in South Australia, and took the opportunity to set up Screentime SA, led by Colin Thrupp, a former South Australian with a lively approach as a field producer to factual series like Dr Karl’s Outrageous Acts of Science and The Embassy.

Screentime came into the deal saying they were interested in both factual and fiction, but they are clearly focused on the real world. RBT has been moved to South Australia and starts shooting at the beginning of July.

The Initiative works equally well for Matchbox. Unlike Screentime, which has never built a regional base, Matchbox operates from offices in Brisbane, Sydney, Melbourne and Adelaide. It produces work in Perth and is keenly interested in Tasmania as well. It is looking like a distributed national enterprise.

‘The challenge of Australian television in general is that we need to go and be developing new talent,’ said Vitins. ‘We’ve got global TV markets opening and signing up writing talent and good ideas. Our challenge as producers on the ground in Australia and the different states is to go and find those compelling stories that we think are out there.’

‘My brief is to find local people and writers to put on the slate and feed out to TV,’ said Kirsty Stark. ‘I am doing this because I believe in it and it cries out to be done. I don’t take anything on lightly and I wouldn’t if I didn’t believe in their culture and what they bring to South Australia.’

According to Vitins, ‘This is the fun part. Kirsty is really well placed to come up with ideas. We have the Matchbox machine where we can bring production value and international finance to connect local stories to national and international audiences.

‘We have a bold and involved film culture,’ argued Stark. ‘It is open to ideas which are more out of the box than people ordinarily take on.’

It is easy to imagine production companies setting up shingles while they are funded, hunting for intellectual property and developing them in their own machine elsewhere – even overseas in some cases. Every interaction with regional communities carries the shadow of reflexive exploitation and condescension. But I like to think these arrangements with state agencies are part of a sea change in our approach to our own culture.

It is buttressed by funding, but fuelled by producers who understand that a society is a mosaic of different kinds of stories, given energy and surprise by their authenticity. And again, with those global implications.

‘This is not just a cheap source of ideas’, claimed Vitins. ‘These are partnerships, we are co-operative animals. To us it’s about testing the tyres to see if stories are international facing. They are big team efforts, scrambling people from a number of states to work with South Australian talent.

‘We have a sense of the rich cultural landscape and the talent we want to work with. Kirsty is already inundated with submissions and requests for a meeting. We’ve got ambition and a pipeline. We will see what we can generate.’

According to Courtney Gibson, the new CEO and therefore responsible for the wider screen landscape, the presence of the two companies is invigorating. They both have very wide slates and styles, and bring a level of competition to the exchange.

Disclosure: David Tiley grew up in South Australia, went to Flinders University and joined the industry because of the SAFC. His first experience of journalism occurred at the Media Resource Centre.