In the Company of Actors (aka The Hedda Complex)

Nicholas Pickard is less than impressed with In the Company of Actors, the much buzzed film that follows the Sydney Theatre Company’s production Hedda Gabler to New York, calling it a "carefully orchestrated" press reel, reluctant to ask the hard questions.
Nicholas Pickard
[This is archived content and may not display in the originally intended format.]

Ian Darling, film maker, appeared on Sunday night at the Sydney Film Festival to present the new documentary that he has directed and produced, In the Company of Actors, which follows the Sydney Theatre Company’s preparations to tour the production of Hedda Gabler to New York’s Brooklyn Academy of Music.

Darling, also an investment services professional, described himself as new to the world of film and failed to mention to a packed State Theatre that he is now Chairman of the Sydney Theatre Company. He runs his own film company, Shark Island productions, and told the audience that it was a privilege to have been allowed into the rehearsal room to film the documentary. At the presentation Darling announced that a charitable organisation, The Caledonia Foundation, an arm of Caledonia Investments of which he is Executive Director, had generously decided to provide a grant to donate a DVD copy of his documentary to “every high school in Australia… to encourage a deeper understanding of theatre”.

Nicholas is a journalist and arts writer whose writing has appeared in a number of publications including the Sydney Morning Herald & Currency House. He reviews for The Daily Telegraph and runs the theatre blog Sydney Arts Journo. 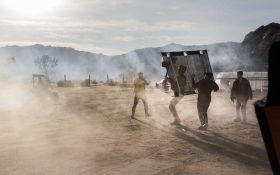 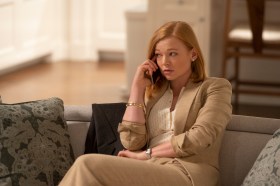