I come from a land down under: Greig Fraser has Mandalorian Emmy

Cinematographer Greig Fraser's Emmy for The Mandalorian pales in comparison to his real achievement. As the co-producer who made The Volume practical, he has probably fundamentally changed the medium.
David Tiley 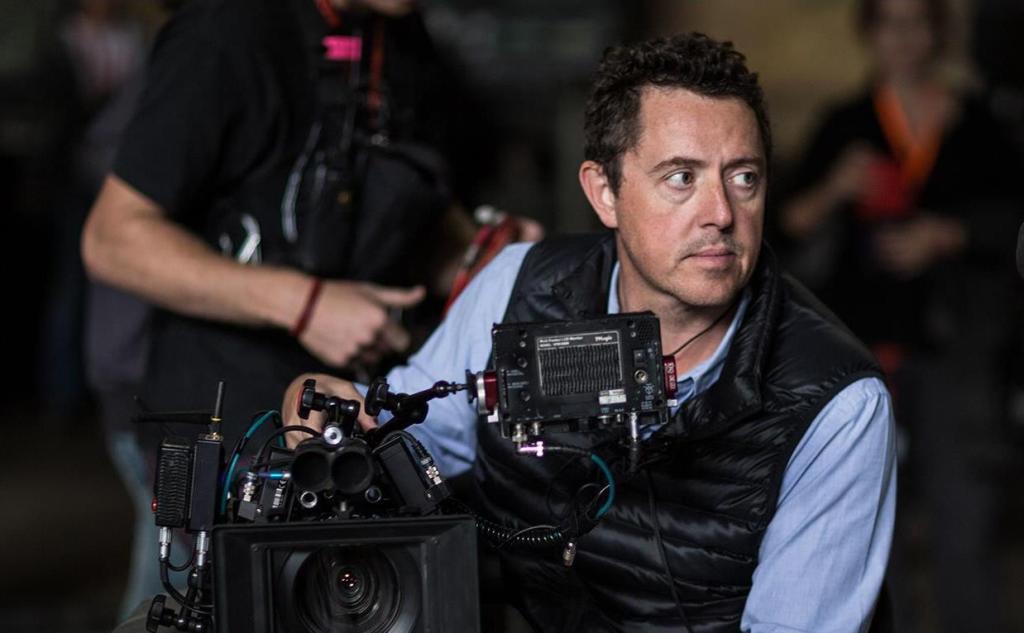 This is how most crew know Greig Fraser, but he is quietly transforming our approach to production behind the scenes. Image: ASC magazine, 2018

An Emmy is an Emmy, pretty nice in itself, and a Creative Emmy for American domestic work, makes agents do cartwheels in the corridor.

As the media release says,

Greig Fraser, ASC ACS took home the Outstanding Cinematography for a Single-Camera Series (Half-Hour) Emmy alongside Baz Idoine today for his work on The Mandalorian: Chapter 7: The Reckoning.

Now working on The Batman in London, he made the appropriate links to his colleagues and competitors.

‘I’m honoured to have been considered alongside the other nominees: Jas Shelton, Kira Kelly, Ava Berkofsky and Benedict Spense. Their work raised the bar so high this year, the Emmy could equally be shared by all of us,“I’m humbled to accept this accolade, alongside my friend and colleague Baz Idoine, from the Television Academy on behalf of my crew and the whole team behind The Mandalorian.’

Greig Fraser has been much more than a lenser and a look-maker on this production. While the 13 half hour ep saga was created by Jon Favreau and George Lucas, Fraser was cinematographer on three, but co-produced 8 eps.

He was vitally important to the development of new technology, which is being called a game changer for tentpole studio production. Deadline has a detailed interview with Fraser on his work with Industrial Light and Magic (ILM) on this.

The system, called The Volume, started with Rogue One in 2015.

They were figuring out how to

‘actually use LEDs as the walls of the studio. Effectively, the thinking was that if it emitted light, then you could change it, and it could become any background that you wanted. So, that was what excited ILM about it.

Fraser’s role was to turn these experiments into an actual working thing, to integrate the actors and perspective changes, the equipment and organisation so that a huge box of zillions of lights could create new scenes – new worlds – with some software changes.

Even though this creates massive opportunities, and it will spread round the high end sector, Fraser is most inspired by the ability to manage light, which for him is the key to the emotional experience. However, as he admits, an LED volume is not cheap to build.

His own description? ‘What we’re sitting on here is something beyond my wildest imagination.’

As  you can see in an article and video from ILM.

Greig Fraser, now in his mid-40s, is honoured as both an ACS and an ASC from the Australian and US Societies of Cinematographers.

He is very versatile. Jane Campion used him for Bright Star, and he shot Lion for Garth Davis. Both those films are really different from the American tentpole sci-fi feel, although those visual worlds have learnt a lot from the approaches to realism we usually find in other genres.

‘They’re killer. They have three heads, and you can come up with three different lighting sources with three different colors. It’s all iPad-controllable [through an App]. (…) On a small film like this [“Lion”], I could sit behind a camera. I could ask the gaffer and the guys to move the lights to where I wanted to, and then I could adjust the levels and I could change the color to suit back light, front light, fill, whatever it was.’

Paradoxically, while he has given enormous muscle to the studio system, he loves working on location. The real world is much bigger than the landscape of the mind.

From the beginning, he was a talent. His name is threaded through the key early work of an impressive range of Australian talents on their way to solid international careers.

He started as a stills photographer.

His first IMDB cinematographer credit comes with Garth Davis on P.I.N.S., a documentary containing dreamscapes through Exit Films, where Fraser was a key figure on commercials. He went on quickly to Cracker Bag, a Cannes short by Glendyn Ivin, Fuel for Nash Edgerton, Jewboy with Tony Krawitz, Stranded with Stuart McDonald, The Caterpillar Wish by Sandra Scibberas, Crossbow and Netherland Dwarf for David Michôd, and some shorts for Jane Campion likeThe Water Diary.

She took him up a level with Bright Star, after which he did The Last Ride for Glendyn Ivin and The Boys are Back for Scott Hicks. He went back to Garth Davis with both Lion and Mary Magdalene. In between, he shot second unit for Mandy Walker on Australia.

Mainstream Hollywood found him as well. He did two clips for Bob Dylan, Snow White and the Huntsman, Zero Dark Thirty, Rogue One, The Mandalorian, The Batman and Dune.

His website explores his variety of styles, while Vimeo carries clips and commercials.

As he sweetly said in his Emmy speech,

‘The real kudos need to go to my family, who have supported my crazy filmmaking dreams – from Melbourne, to LA, England and the wider world – by supporting my projects and passions over the past years. I am indebted to more people than can be listed right now, but Jodie and my mum deserve a special shout out!’

He is indeed from a land down under.

Fraser has been nominated for many awards, including an Oscar for Lion, but he doesn’t actually have much internationally. He has been honoured by Cameraimage, the International Film Festival of the Art of Cinematography in Poland, where he received the top, top Golden Frog (aka Złota Żaba) in 2016. He won Best Cinematography in Music Video in 2010.

The clip is called ‘How to Destroy Angels – The Space in Between’, which creepily demonstrates how little technology and fanciness is actually required to get under your skin.