How the arts fared in this year’s Australia Day Honours

The arts did better this year with Australia Day Honours, pipping the number administered for service to sports. We take a look at the mix and what it means to valuing the arts, moving forward.
Gina Fairley 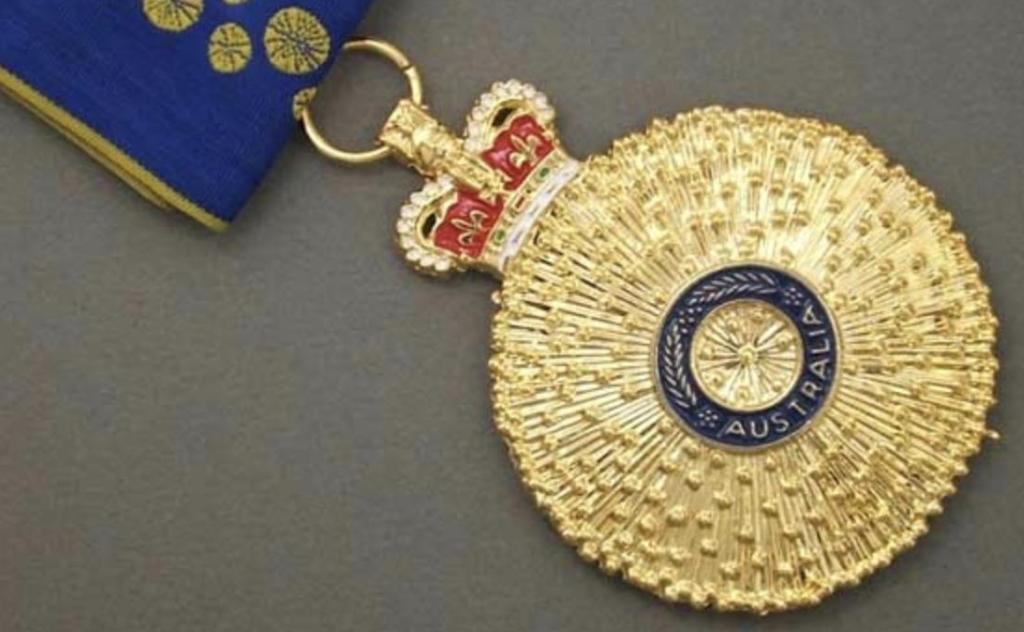 Medal of Order of Australia.

The Australia Day 2021 Honours List was distributed under embargo last week. Between then, and yesterday’s announcement, celebrated veteran journalist and former ABC current affairs host, Kerry O’Brien advised the Secretary of the Order of Australia that he would declined his appointment as an Officer in the Order of Australia (AO).

It was a kind of double shock. O’Brien’s stance was in protest at the ‘deeply insensitive and divisive decision’ to give the country’s highest award to former tennis player Margaret Court.

It is Court’s second gong, upgrading her Order of Australia (AO) to Companion in the General Division of the Order of Australia (AC). Since ending her tennis career, Court has garnered a reputation as a Pentecostal pastor who routinely utters homophobic rhetoric against the LGBTIQ+ community.

‘I believe the decision to award Australia’s highest honour to Margaret Court may serve to erode the hard-fought gains made over decades in reducing the impact of discrimination against members of the LGBTQ+ community,’ O’Brien wrote in a letter to the office of the Governor-General, David Hurley (as reported by the Sydney Morning Herald).

Surprisingly – and going against the trend – sports (both community and professional service) were pipped this year by honours administered to the arts and screen sectors (59 to 51).

50 awards were presented to the performing, visual and literary arts generally, with an additional nine awarded to the broadcast and screen sector. The performing arts did much better, ahead of all other creative sectors.

The overwhelming weight of this year’s list however, was slanted towards individuals who have long contributed to medicine, with a strong nod to tertiary education. Interestingly, last year’s swoon over politicians was tempered this year (perhaps a factor of last year’s broad pushback), replaced this year with a surprising number of honours going to those with religious vocations.

Notable leading this year’s list of politicians, was Former prime minister Malcolm Turnbull, administered the nation’s highest honour, made a companion of the Order of Australia (AC).

These lists – while we might all recognise as a nod to worthy service – are generated through a nomination system. The question remains then, why, each year, are the arts so poor at putting people forward and recognising their own? It should be a wake-up call each year to our sector, that if we want to play an affirmative role in shifting perceptions around the value of the arts, then this is a good place to start.

Receiving long overdue recognition is director and festival director Lindy Hume, who has been appointed a Member of the Order of Australia (AM) for ‘significant service to the performing arts, particularly to opera’. Hume, the new Creative Director of the Four Winds Festival, has also served as Artistic Director of the pan-Tasmanian festival Ten Days on the Island since 2018.

She is recognised as one of Australia’s leading directors, acknowledged internationally for fresh interpretations of a wide variety of repertoire, and for progressive artistic leadership of international festivals including Sydney Festival (2010-2012) and Perth International Arts Festival (2004-2007). She has been Artistic Director of West Australian Opera (1992-96), Victoria State Opera and then OzOpera (1996-2001), and most recently Opera Queensland 2012-2017.

Mary Lou Jelbart, the founder of Melbourne’s theatre and gallery space fortyfivedownstairs, received an AM for ‘significant service to the performing and visual arts, and to the community’. Prior to setting up fortyfivedownstairs, Jelbart established the St Kilda Festival and the St. Kilda Film Festival during her nine years on the St Kilda Council. She has also served on the Boards of various theatre companies, Art Bank and Craft Victoria.

‘I have been terribly fortunate that my working life has been so enriched by the arts, and the privileged position of working for Radio National for many years. My ambition when co-founding fortyfivedownstairs (with Julian Burnside AO QC) was to bring new audiences to the work of the artists, performers, writers who make a magical difference to our lives, and to potentially help establish a career or company,’ Jelbart said.

Joining the list of honours from the stage were:

Garry Ronald Ginivan (VIC) was posthumously awarded an AM for his significant service to children’s theatre as a producer and director.

Patron Valerie Kathleen Lehman (QLD) and Jill Harrison Smith (VIC) both received an AM for significant service to the performing arts, and to cultural development.

For services to dance:

Dance did well this year with five individuals recognised for their contribution. Brett Matthew Morgan (NSW) and Winitha Michelle Bonney (VIC) received OAMs, while a posthumous gong went to Margaret Annette Bartkevicius-James (TAS) for her service to dance, and to the community of Tasmania.

Kenneth Wayne Watkins (VIC) was presented with an AM and Chrissie Parrott (WA) an Honorary AO for her distinguished service to the performing arts, particularly to dance, as a performer, choreographer and director, and through mentoring roles.

For services to music, and music education:

Joining performers recognised for their service were percussionist, performer and composer Anthony (Ray) Pereira (VIC) with an OAM, and singer and musician Danzal Baker (NSW) with an OAM, while Lorrae Desmond MBE (QLD) received an AM for service to the performing arts as an actor, entertainer and singer.

Emeritus Professor Kathryn Marsh (NSW) received an AO for distinguished service to music education as an academic, researcher, author and mentor, and to professional musicological societies.

In terms of patronage within the music sector, honours were awarded to Mark Ginsburg (NSW) with an OAM and patron Rosalind Williams (QLD) an OAM for her service to the performing arts and the law.

Dr Sally Anne Pitkin (QLD) received an AO for distinguished service to business, to corporate governance standards and performance, to the arts, and to the advancement of women.

This year is no exception to past years. The visual arts is again poorly recognised, especially when compared to the performing arts sector. Just nine honours were awarded across the creative, visual, heritage and museum sectors.

Receiving an AM for his incredible significant service to the visual arts – most notably Buxton Contemporary – is property developer Michael Raymond Buxton (VIC).

Buxton Contemporary is the result of a landmark gift to the University of Melbourne’s art school, the Victorian College of the Arts in 2018. In 1995, Michael founded the Michael Buxton Collection with the aim of developing a museum quality collection of contemporary Australian art.

In 2014, in one of the most significant acts of cultural philanthropy in Australian history, Michael and Janet Buxton donated the Collection to the University of Melbourne, along with funds to build and partially endow a new museum in which to house it.

A strong voice for contemporary art, women and social justice, Susan Gale Cato (NSW) was awarded an AM. As Art Collector describes: ‘Sue Cato does not “dabble” in the arts. She collects with fervour, usually has between 10 and 15 works out on loan and gives countless hours to art boards – Carriageworks, Sydney Contemporary Art Fair (and, until recently, the Museum of Contemporary Art).’

Both receiving OAMs, Peter John Crisp (NSW) for his service as a glass sculptor, and Barbara Jean Try (NSW) for her service to lapidary and creatives arts, were a surprise as the only practicing artists on the list.

Robert Samuel McKay (VIC) was similarly awarded an AM for his significant service to the visual arts and to publishing.

Professor Paul Christopher Memmott QLD (AO) was honoured for distinguished service to ethno-architecture and anthropology, to Indigenous housing and cultural heritage, and to tertiary education.

Only five people were appointed from the publishing and literary sector this year. It goes without saying that in the year just past, when our social world contracted to the intimate environments of our homes, for many books got us through.

Receiving OAM’s – both for service to publishing – were Stephen Matthews (SA) and David Rosenberg (NSW).

A further nine people received honours for their contribution to the broadcast media sector, including contributions to screen content across film and television, and one gong to community radio.

Screenhub editor David Tiley takes a deeper dive into that list, and looks at Kerry O’Brien’s decision to decline his appointment as an Officer in the Order of Australia.