How Phryne Fisher took her revolver to Shanghai

Every Cloud turned Miss Fisher into a franchise through curiosity, and have been rewarded with a cultural phenomenon. Producer Fiona Eagger talks about the Chinese version.
David Tiley 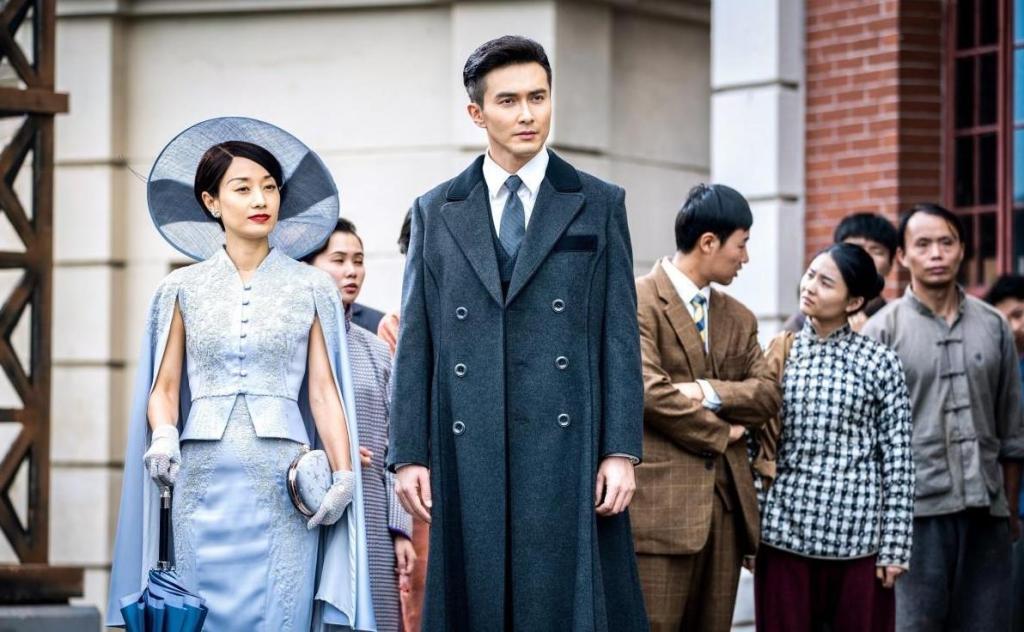 Heaven on a sartorial stick with Ma Yili and Vengo Gao Weiguang in Miss S, the Chinese version of Miss Fisher. Image: HBO

While Fiona Eagger was busily producing the final series of Miss Fisher’s Murder Mysteries, the ABC was talking to Chinese government journalist Jin Weiyi who could support sales into his home market.  He was focused on documentaries, but saw some episodes of Miss Fisher and asked for Mandarin translations of several scripts.

Every Cloud obliged, and went on to work on the feature film and the updated spin-offs.  After a lot of emails through the quirks of Google Translate, a format deal coalesced to create an adaptation called Miss S. The Shanghai 99 Visual Company, in partnership with Tencent Penguin Film and management company Easy Entertainment, wanted to remake Miss Fisher, based on the original scripts.

Jin Weiyi, aka Mr Jin, was on board as a writer and producer.

Miss Fisher is prime television, very much based on era, style, sexiness and fantastical mysteries – and on the original novels by Kerry Greenwood, of course. The genre ultimately belongs to much earlier English detective stories given a 20th and now 21st century Australian feminist slant.

As an inter-cultural project, adapting Miss Fisher for a Chinese market is fascinating. ‘We were breaking new ground,’ said Fiona Eagger in an interview, ‘and there was no template for a format deal based on a drama. How do you strike the deal? We would start a conversation, and feel we were getting somewhere and then it could just stop for a month. It took a lot of tenacity and persistence over five years before the shoot started.’

They were driven by sheer curiosity, and pushed through a certain skepticism about viable deals. ‘We informed ourselves. We had good people working on this in terms of Anna Cameron (TV business affairs manager) and Dan Pearce (media lawyer). We talked to people like Philip Nelson (former head of international sales for Film Australia) who had experience of dealing in China to work out what was reasonable.’

‘There was no template for a format deal based on a drama. How do you strike the deal? We would start a conversation, and feel we were getting somewhere and then it could just stop for a month. It took a lot of tenacity and persistence over five years before the shoot started.’

What were they actually selling? How could it be valued? Did the Chinese partners get the rights to remake the Mandarin version? How did the Australian and Chinese versions make nice with each other in the international market?

Ultimately Shanghai 99 has rights over mainland China, and can do a second series of Miss S if the first is successful. They had access to 15 scripts, steered away from the more political content, and turned them into 30 episodes, which means each story is running more slowly.

By the time the Every Cloud team, which included setup director Tony Tilse, went to China, they saw the first episode being shot and attended a ceremonial dinner to launch the project.

‘What was really interesting’, Eagger observed, ‘is that they filmed for 100 days straight. They don’t have weekends. So they were doing 30 episodes in 100 days, which is quite extraordinary.’

The Chinese system is highly industrialised. They have a setup crew, a main crew and a third which picks up what we call second unit material. They used the vast resources of the Shanghai Film Studio, one of the three largest in China, which is dedicated to domestic television and film production.

When the Every Cloud team came onto a working setup, they were instantly able to identify the location and the scene. ‘It was our radio studio’, said Eagger. And the crane shot was a copy of the setup shot from the original.

Which goes to prove that 1930’s culture was indeed international. Why rework a location when the same spaces had the same technology in Melbourne and Shanghai?

The city was an extraordinary place in the 1930’s. The Communist Party was very active, Chang Kai-Shek’s police were hunting them, the country was in chaos, while the dance clubs and restaurants glittered with style and excess. Miss Fisher herself would have been in heaven. But the production had to work with the current pressures of Chinese politics and the most insurrectionary plots were left out.

‘Mr Jin made sure it was going to be acceptable to the Chinese authorities. Because he works with the Department of Propaganda, he is the best person to navigate the project through the system. He mentored it, it’s been made and it is being shown.’

The results are extraordinary. Miss S ran on Tencent in China and cleared over a billion views. That is views and not viewers, for a series, but the number is still boggling. It has also run on Beijing TV, and two other satellite channels.

It has just started on HBO Asia, first on HBO Go and then the regular subscription system. There is a deal to bring the series to the Chinese diaspora in the United States. Because the original arrangement only covered mainland China, all this is additional revenue to Every Cloud.

Unfortunately, as Eagger noted, the Chinese industry is scaling back and the current tensions with Australia and the US have cooled the market further.

But, Every Cloud also has a format deal with Spain, and is heading towards one for India. You have to go back to Mother and Son to see a similar progression of local language remakes like Mutter and Sohn, Madre e Hilo and Glöm inte mamma through the 1990s.

The company is also hoping for a Korean version, and can possibly turn the feature film Miss Fisher and the Crypt of Tears, and the four part Miss Fisher’s Modern Murder Mysteries into franchises as well. The modern version has been commissioned for a second series by the UK’s Acorn TV.

A gleam in the eye of Australian writer Kerry Greenwood has become an international cultural monster. Somewhere in Melbourne is the exact spot at which all this started.

Here is the trailer to Miss S.

And the trailer to the UK version of the first series.