From playwright to screenwriter, Suzie Miller reflects on her journey

Suzie Miller knows the turning points in her life, but carries her parents within her through a fine career.
David Tiley 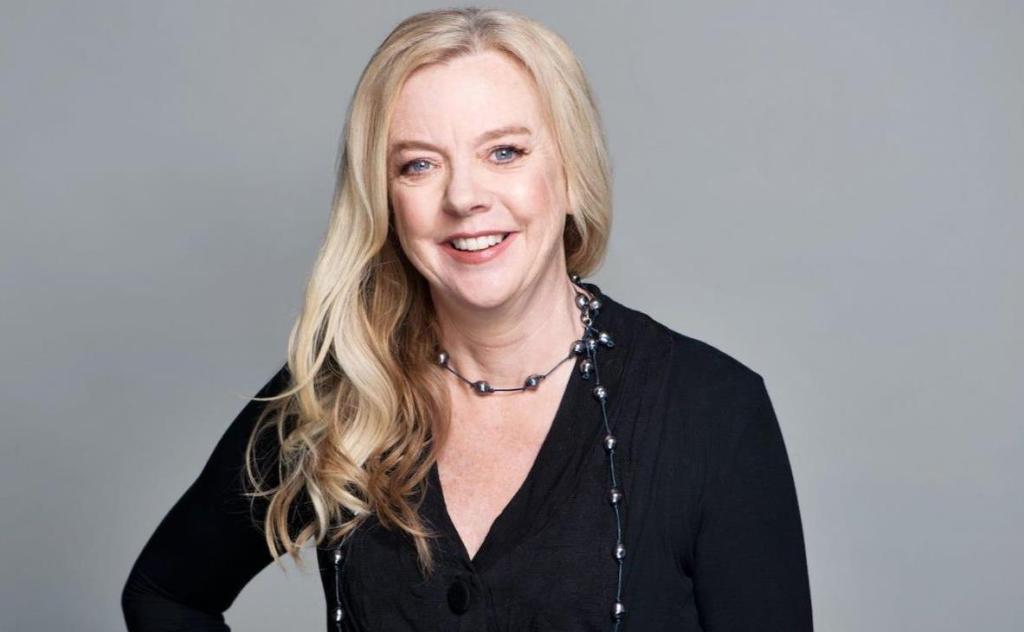 Suzie Miller in 2018, as her play The Mathematics of Longing was performed by La Boite.

Playwright Suzie Miller received the Major Award at the AWGIES for her play Prima Facie, part of a career build between Sydney and London which spans 20 plays in 20 years, spread over 70 productions around the world. She has received a lot of support, and was mentored by Edward Albee for three years.

Now Miller is also working in television and film, after a short burst with the small screen over 15 years ago. She has been involved with Hoodlum, Heiress Films, Bunya Productions and Matchbox Pictures.

These are many of the companies known to support writers effectively and understand her achievements. Miller told Screenhub in an interview that, ‘I have  a fantastic manager [at HLA], who introduced me to the people she thinks are critical. So it is almost like there’s a mediator between me and who I end up working with. I do have fabulous producers, each one of them sort of hand picked, and we see eye to eye on issues and storytelling. And that’s just been a blessing really.’

Miller has been a practicing lawyer, enjoying the combat of the courts, and loves ideas. She also has a practice-based PhD in theatre/science for which she wrote a play about a mathematician. There is a particular legal switch between theatre and screen which gives playwrights the irrits.

‘When I was mentored by Edward Albee, he really emphasised how significant it is that playwrights keep the copyright on their product’ she said. ‘No matter who pays for the commission, you can never be sacked as the writer. That idea of being sacked from your own project is terrifying to a playwright because it never happens,’ she said.

‘You can be passed over because someone decides it goes in a direction they can’t program, but you are still paid the commission and you own it outright and you can take it somewhere else.

‘I feel that I’ve been really lucky. Possibly I’ve been blindly going in as a playwright, where you project ownership of the story in some way, because you don’t know any other way,’ said Miller.

At the moment her screen collaborations are her own creations so she is not sharing them with other writers.

From a screenmaker’s perspective it seems that playwrights have a different relationship with audiences during the process of creation. They can work with a company, evolve in the collective moment, and show it to audiences very quickly. In screen the process is much more segmented and shared with viewers long after the show is built.

Not so, Miller replied. ‘What people don’t realise about playwrights is the years of writing before you actually get the actors in a room rehearsing. When you are fine tuning and getting notes from producers or directors or dramaturgs.’

‘When I was mentored by Edward Albee, he really emphasised how significant it is that playwrights keep the copyright on their product’

Prima Facie is a one woman show described as ‘an unsparing study of the Australian legal system’s treatment of sexual assault cases’. The play, which opened to standing ovation, concludes with a simple but compelling statement – spoken by the character Tessa, played by Sheridan Harbridge – “something has to change”.’

Miller pointed out she could have written that work any time in the last ten years, but she effectively had to wait until it had a political context. Theatres had to sense the movement and audiences had to grasp the moment too. That is ten years of patient evolution.

Screen producers understand that gap; Miller argues that writers are better off on this side because the development process can be financed earlier in the evolution of a project.

In general it seems that playwrights bring an intense sense of dialogue and the ability to explore complex material in very simple ways to the table.

‘Yes, that is what it really does,’ Miller said. ‘And that’s based on the fact that there’s no money. Theatre people often start with broad strokes and themes and metaphoric devices, to think about the whole picture and then bring it down to two people having a conversation.’

‘What people don’t realise about playwrights is the years of writing before you actually get the actors in a room rehearsing.’

When she goes into a film and TV spaces, she finds the opposite. ‘It seems they start with the dialogue and then try to infuse it with the thematic and the bigger picture stuff. [Playwrights] actually have to have all these ideas really flowing around on a metaphoric basis before we can create the characters that actually bring the audience to that place,’ she explained.

‘The development of an idea is about shaping or sculpting as opposed to the writing, as it does require you to think in sort of a few dimensions, rather than just in text. And then you have to, somehow, briefly bring it into text by creating characters that can carry the audience. And that’s why you have quite deep characters. So it’s not because you do that character work that everyone seems to do by lot of background writing, it’s more that you just think about a person, that’s someone who is flawed because of an idea that you want to get.

‘The world building is so exciting, but then the character building is something that I just get so excited about, because you never know how you’re going to trip your character up until you do it. Or how you how your character is going to go into a deeper kind of freefall. About life or a deeper kind of way, where the stakes just keep increasing, until you’re actually at the moment where you’re about to run it, and then it sort of writes itself, and you’re terribly excited about it.’

Miller made an excursion into serial television early in her career. She hated it, and has been cautious about coming back. But it seems that theatre and screen are becoming more and more similar.

‘It feels with film and TV there is a hunger for production and a desire for great content. And I am sure theatre would say that as well. But theatre is more of a hierarchy, and film is more collaborative in a really special way. It’s not just the writer on their own forever. There’s people involved if you want them to be involved – which is an interesting irony because you imagine that would happen in theatre. And it does, to a point, but they just don’t have any money to subsidise writers.’

You weep for them

It seems to me that the screen side has replaced the traditional live performance notion that drama is conflict.

‘Ultimately, I steer us away from the idea of just conflict,’ Miller said. ‘Because young writers see conflict as a fight, but it’s not always an argument – sometimes it’s just conflict with inner tension, it’s like a tension has to be there. And conflict can be like an emotional conflict. You just feel it in your bones, because the characters got such a depth to them. But also I am saying that conflict is actually a sophisticated way of thinking, it’s just about the stakes for someone. But once you’ve had good characters, you cry for them inwardly, you weep for them.’

The streets of St Kilda

Suzie Miller grew up in St Kilda, and was the first generation of her family to go to university. ‘My father wasn’t an emotionally expressive person,’ she explained. ‘But he really loved maps, and he had an elegance with mathematics. And so he sort of brought me into that world really early. So I never had that fear of science and math which lots of girls had. it was always something that was magnificent. It was almost religious for me in a way, like it had a kind of beauty to it.’

She studied immunology at university where she realised the jobs were mostly in areas like pharmacology or research.

‘Really what happened in my final year was is that Chernobyl exploded. I thought, “Oh, this is a huge, I want to have a conversation, I want to turn on the television, I want…” – I realised I am very much a person that loves to be in dialogue.’

To the surprise of her family, she went to law school. ‘But there was a certain point when I was on a program working in King’s Cross with street kids and young drug addicts. And I was going home every night thinking, “Oh my God, this is so overwhelming,” and I turned it into a play about 24 hours in the community. And it went on at the Opera House and in King’s Cross. And I remember people coming up to me saying I had no idea that these people could be my sister or my cousin or they were always just the junkies down the crowd.

‘I realised I am very much a person that loves to be in dialogue.’

‘When you’re actually sitting in the theatre, and you’re forced to relate to the characters, I felt that there was there was a chance for me to express their humanity in a three dimensional way. And so that kind of changed me forever, actually. Because I thought, “Right, I think that’s what I have to do.” It sounds so naïve. That is actually true. I mean, I was in law because I wanted to change the world. And actually, before that, I was hoping to find a cure for cancer when I was a scientist.’

She described the kind of childhood that belongs in a novel. Long before St Kilda gentrified she was a bit hyper-active, eager to learn, hanging out in the streets, working in the chemist and a printers and the hot bread shop (opposite the cake shops in Acland Street) and delivering papers and generally being ‘a bit naughty’. Going home to play chess with her father.

But she talked about her mother in a special way. ‘To be honest, my mum was amazing. She was the most charismatic, beloved person, by all her friends in the community. She was also really badly visually impaired, but she sort of cut through everything and was sort of magnificent.

‘She ended up becoming the Mayor of St Kilda because she was so community minded. Because of that I have never questioned that I would have my own journey.’