Flickerfest 2020 introduces some new winners to the circuit

The winners of the Australian awards at Flickerfest are an honour role of determination and multiskilling. Not to mention skill.
David Tiley 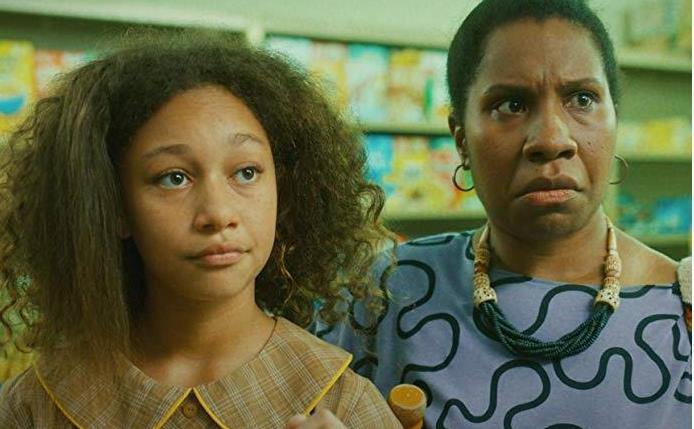 Let’s headline the Rebel8 Award for Outstanding Emerging Female Director in honour of Samantha Rebillet. It was awarded to Lydia Rui for This Perfect Day.

In a fine interview, she was asked about her predominantly female-led crew. She said:

It was important for me to create a safe, collaborative, familial environment for the film to be birthed. I’ve worked in the past with men who made feel me like they were trying to strongarm me, whether or not they knew they were doing that. This doesn’t mean that a crew must be female-led for this environment to be created — there are other genders who have the same sensibilities. It’s about finding the right people, and it’s about respect for each other.

Olivia Cheung, the producer, was referred to me by another producer, and we just got along instantly. We’re like sisters now. Alice Stephens, the director of photography, had been introduced to me previously and I always kept her in mind as somebody I wanted to work with should the right project come along. I loved her eye and also her spirit. Eleanora Steiner, the production and costume designer, is also someone I had met previously that I’d always wanted to work with — she had just come back from production design on the Cannes Palme d’Or 2018 short film, All These Creatures, directed by Charles Williams, and I thought she wouldn’t be interested in such a small project. However, she loved the film when I pitched it to her. With all her talent, she remains a humble and supportive collaborator.

The cultural origins of the Australian winners are fascinating. A woman of Chinese background, an electric violinist – and a woman – from a Korean family, a woman of PNG and Australian parentage, a white male animator who was born in some other dimension, a female editor who went home to New York, and a father-son team from Malaysia. A lot of overseas study is threaded through this as well.

The Diver, which won the overall Australian prize, had stiff competition. The Egg, for instance, received a Special Mention after winning at the Melbourne International Film Festival and the AACTAs. Made by writer-director Jane Cho and producer Ilana Lazar, it is sweetly compelling.

Best Direction went to Papua New Guinean-Australian director and writer Alana Hicks, for Chicken. It was one of three shorts to come out of industry inclusivity project Talent Camp. Hicks is very multi-talented, a digital content maker and writer, director and producer in both screen, web series and theatre. She had a Writing NSW Early Career Grant and has performed at the National Play Festival, Sydney Festival and Sydney Writers Festival. All this according to her agent.

All Barbara wants to do is watch The Simpsons, but her recently migrated mum has just been overcharged at the local shops, and it’s up to Barbara to sort it out. As usual.

The producer is Sleena Wilson, while it was shot really well by Campbell Brown; full credits here.

Best Short Animation went to Rebooted which was made by Michael Shanks with Nicholas Colla and Chris Hocking/LateNite Films as producers. Shanks is known for the webseries Wizards of Aus, has received Skip Ahead Money from Screen Australia and is very skilled.

The story of an aging, stop-motion animated skeleton who takes drastic measures when he discovers his most famous film is being rebooted without him.

Best Editing was given to Jessica Mutascio for Backpedal while the Cinematography Award went to Gabriel Francis for Blackwood.

Best Original Music was given for The Quiet, made by the team of son Radheya Jegatheva and father Jay Jay Jegathesan.  The music was composed by Radheya while his father wasn’t looking. He is a Malaysian-born Screen Arts and Marketing student from Curtin University.

The international, children’s and some specialist awards are on the Flickerfest site.