First Look at Sam Neill in Stan’s The Portable Door

Stan and Jim Henson Company have partnered on adapting The Portable Door from Tom Holt’s popular seven-book series, and now audiences get their first peek into the Queensland production.
Jini Maxwell 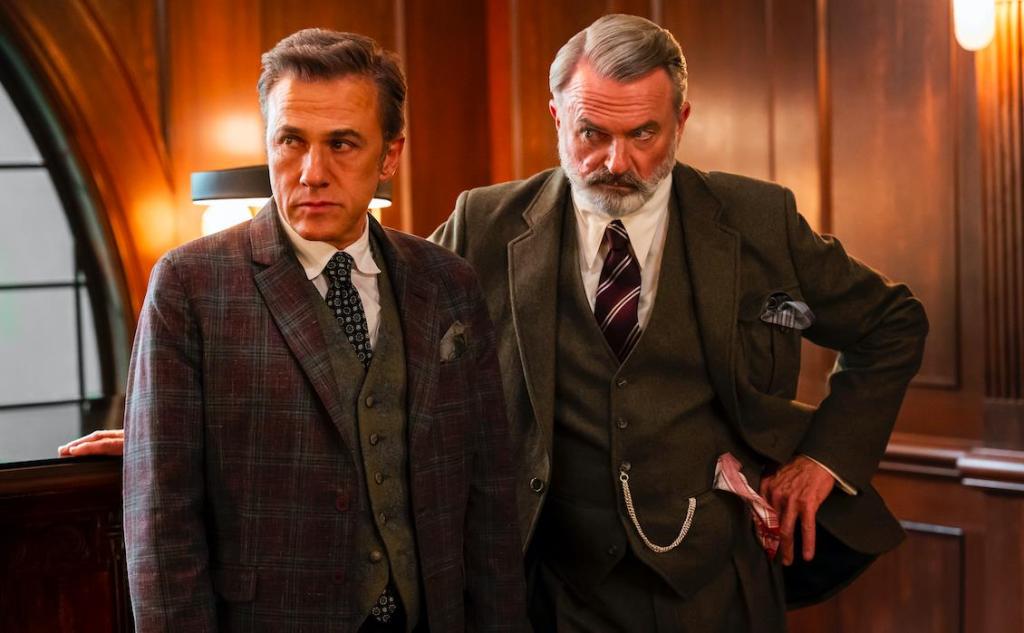 Good news for fans of magic, adventure, and comedy: we now have our first look at The Portable Door, Stan and Jim Henson Company’s comedic fantasy-adventure, which is currently filming in Queensland. The Portable Door will premiere as a Stan Original Film in Australia, with Madman Entertainment handling local theatrical distribution ahead of the film’s premiere on Stan.

The film is directed by Australian Jeffrey Walker, best known for his Sydney Film Festival-winning 2017 feature Ali’s Wedding, as well as a multitude of quality TV projects, including Stan’s terrifying cli-fi series The Commons.

‘The film promises a joyful cinematic experience; a big screen visual feast of imagination, fantasy and humour. Audiences will recapture, uninterrupted, that feeling from their youth of watching a truly creative work.’

Producing The Portable Door are Jim Henson Company’s Blanca Lista and Story Bridge Film’s Todd Fellman (Daybreakers, Bait 3D). The film is an adaptation of Tom Holt’s popular 7-book series of the same name, and has been adapted by Australian screenwriter Leon Ford (Griff the Invisible).

The Portable Door tells the story of Paul Carpenter (Gibson) and Sophie Pettingel (Wilde) who are the lowly, put-upon interns who begin working at a mysterious London firm J.W. Wells & Co. Soon, they become aware that their charismatic employers are anything but conventional: villainous Humphrey Wells (Waltz) and Dennis Tanner (Neill) are disrupting the world of magic by bringing modern corporate strategy to ancient magical practices, and Paul and Sophie discover the true agenda of the vast corporation where they work.

The film started Principal Photography on 7 June and the image above has been released as a ‘first look’, so viewers can now get a clear look at the villainous pair in crisp definition and warm tones.

Anticipation is already brewing over this lighthearted fantasy romp; which will offer audiences a respite from the sombre epic tone of recent successes like Netflix’ Shadow and Bone. By contrast, producer Todd Fellman described the film as ‘lots of fun for audiences of all ages,’ praising the casts’s comedic performances in particular: ‘It has been exciting to watch the diverse comedic talents of our incredible cast take this gem of a script by Leon Ford to a whole new level.’

As Chris Button wrote on the film’s announcement, The Portable Door was secured through Screen Queensland’s Production Attraction Strategy. With significant franchise potential as well as an existing fanbase, this film is already expected to generate $15 million for Queensland, and create over 200 jobs in the process.

ICM Partners and UTA’s Independent Film Group are jointly representing the film’s North American rights. Sky is set to release the film in the UK, Ireland, Germany and Italy, and Arclight Films is handling worldwide rights for all territories outside of North America, Australia, and New Zealand.

It’s one of  several Stan Original Films filming in Australian currently, including Matt Nable’s Transfusion, a taut thriller that follows a former Special Forces operative (played by Ryan Logan) who is thrust into the criminal underworld after the tragic loss of his wife (Phoebe Tonkin). Justin Kurzel’s Nitram, currently in Official Selection at Cannes is also a Stan Originals film that will get its release through Madman, just one of a number of projects coming out of a strong partnership between the streamer and the distributor.