First look at Clickbait on Netflix

The first Netflix Original series to be filmed in Victoria releases in August. It’s an American-looking show with local roots.
Rochelle Siemienowicz 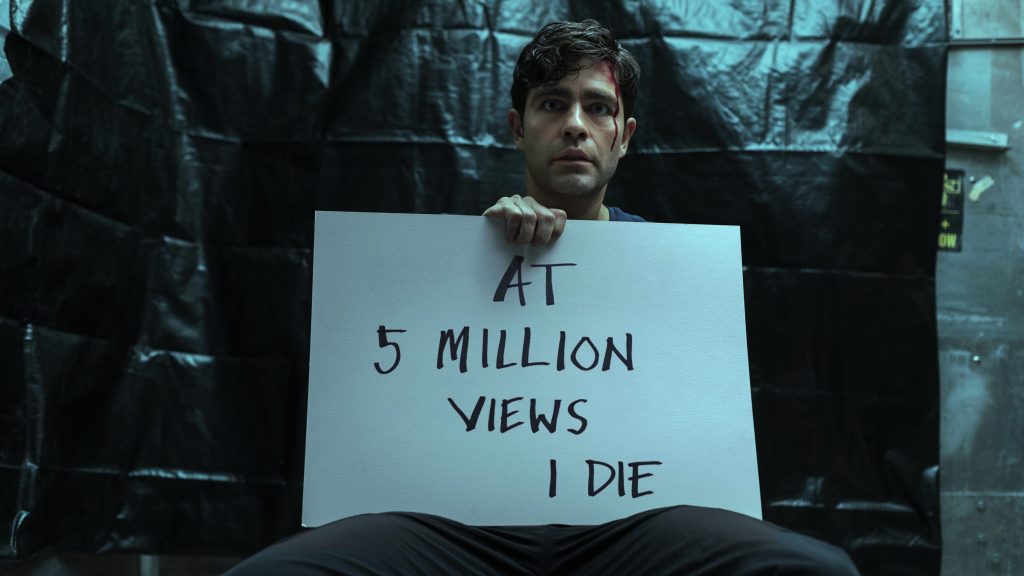 Clickbait, the eight-part character-based thriller told from revolving points of view, is described as a ‘compelling, high stakes thriller that explores the ways in which our most dangerous and uncontrolled impulses are fueled in the age of social media, revealing the ever-widening fractures we find between our virtual and real-life personas.’

American actor Adrian Grenier (Entourage) stars as Nick, a loving father, husband, and brother, who one day suddenly and mysteriously disappears. A video appears on the internet showing him badly beaten up, holding a card that says ‘I abuse women. At 5 million views, I die.’ Is this a threat or confession? Or both? As his sister (Zoe Kazan) and wife (Betty Gabriel) rush to find and save him, they uncover a side of Nick they didn’t know existed.

Clickbait was filmed at Melbourne’s Docklands in 2020, with production interrupted by COVID, the crime thriller series was produced for Netflix by NBCU, Matchbox, Tony Ayres & Heyday TV, with finance from the Federal Government’s Location Incentive and Film Victoria’s Production Incentive Attraction Fund.

Australian based Matchbox Pictures and Tony Ayres Productions (TAP) together with Heyday Television produced the series for Netflix. All three companies are part of NBCUniversal International Studios, a division of Universal Studio Group.

NBCU acquired Matchbox in 2014 and backed Tony Ayers’ new company in 2018. Other shows made under this deal include Stateless and the upcoming anthology Fires, both for the ABC first, and featuring specifically Australian stories. Clickbait is a different kind of genre beast.

Clickbait is written by bestselling Melbourne author and screenwriter Christian White, whose books include The Nowhere Child and The Wife and the Widow, and whose screen projects include the supernatural horror film Relic which he wrote with Natalie Erika James. White is writer, co-producer and co-creator with Tony Ayres, who is showrunner and executive producer.

American director Brad Anderson (The Sinner, The Machinist) is lead director. David Heyman (Once Upon a Time In Hollywood, Harry Potter, Gravity) is a NWEP through his production company, Heyday Television. Tom Winchester is Executive Producer for Heyday Television.