Nearly 100 years old, and recently returned to the Capitol Theatre – there are big plans for the future of this famous organ.
Lisa French 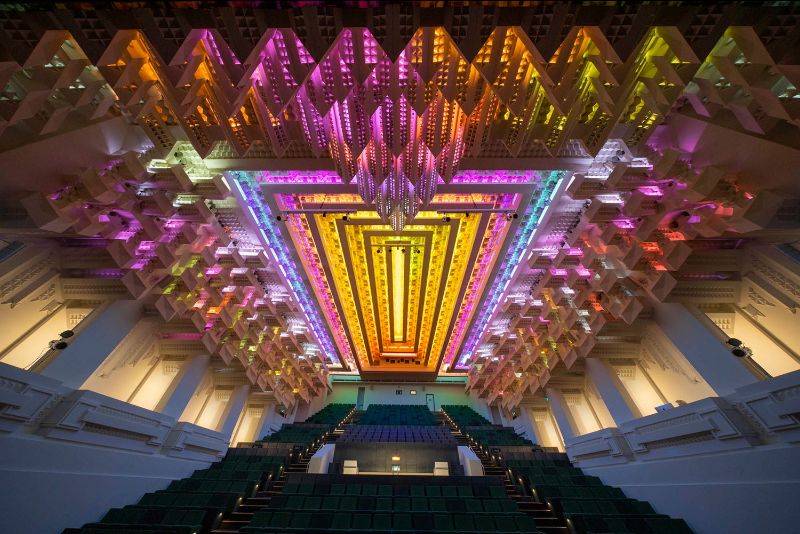 What do the films Home Alone, Raiders of the Lost Ark, The Sound of Music, Journey to the Center of the Earth, Empire of the Sun, Witches of Eastwick, and The Grinch have in common?

The answer is that each draw on what Batman and Beetlejuice composer Danny Elfman has described as ‘the biggest, badass sound’. Which is what he calls the pipe organ, a 1920s synthesized version of an orchestra – with effects.

In a documentary about the Barr-Fox Wurlitzer, Elfman says ‘nothing can replace it’. Many musicians have been transported by organs, which generate a majestic atmosphere that recalls the golden age of the Hollywood.

In 1924 the Wurlitzer organ that is now known as ‘Eliza’ was installed in Melbourne’s Capitol Theatre on Swanston Street. She amazed everyone who heard her. Eliza played a special role accompanying silent films and pre-film entertainment. Following that, in 1964, after years of silence, it was removed from The Capitol and restored by the Victorian branch of the Australian Theatre Organ Society.

By 1967 it was installed in a new home at The Dendy Brighton. It was enjoyed there for 55 years until its recent return to RMIT’s Capitol Theatre following the venue’s refurbishment. It is now to be re-established to its original location which, with its amazing crystalline ceiling, is said to have a unique and impressive fidelity of sound.

A Creative Tool for a New Generation

Right now, the opportunity exists to reinstate the organ and use it in new ways. For example, establishing The Capitol Theatre as the world’s most inspiring scoring stage; bringing a new generation to the instrument; and transforming the creative possibilities of Australia cinema.

There is also the prospect of live sound accompaniments to films and in-situ performances at The Capitol, which is one of those cinemas that audiences never forget.

If you’ve heard this organ live, you’ll know it replicates the penetrating sound of an orchestra. It is not so much recognisable as an organ, especially with the effects deck, which bring a range of creative options. Sitting in the audience, one can feel the vibrations of sound move through your body.

Composers, musicians, students, and other creatives only have to think to themselves: ‘I’ll add a few big trumpets, a clarinet, and a tuba, followed by orchestra bells, and some sound effects’, and it can all be done at the push of an organ key. You only have to see someone playing it to understand the thrill of these creative possibilities. It is the perfect meld of instruments that is different to a digital equivalent, particularly when live.

Another creative possibility is to integrate the organ with the lighting possibilities of the ceiling at The Capitol. It will be able to synchronise with the organ for amazing coloured light shows as it did in the early days of the 20th century. It was also famously undertaken in the 1970s when The Towering Inferno had a massive season with flashing red lights that terrified audiences.

Pipe organs are now adding an extra dimension to a huge number of films.

The House with a Clock in its Walls, a gothic fantasy staring Cate Blanchett and Jack Black, is described by the director, Eli Roth as the ‘first film to use the organ in 25 years’. Since that September 2018 release there have been many others, including The Grinch in November 2018.

Musician and organist John Karl Hirten has built a list, which illustrates its creative capacity. In the case of ‘Eliza’, she is the crème de la crème of organs; according to the Organ Society’s flyer for the final Dendy concert it was a favourite of organists, and one of many in grand 1920s cinemas.

It is a huge job to reinstate the organ. There are literally tons of pipes to be installed into the large cavities on either side of The Capitol Theatre’s stage. In order to function the organ must draw air from the outside.

In 2024, The Capitol theatre will celebrate its 100th birthday, and the Theatre Organ Society and RMIT have a grand plan if money can be raised to bring this organ and its innovative capacity to life.

A special screening of Casablanca will be held at the Capitol Theatre, Melbourne on Sunday, 26 June at 2.30pm. Tickets will be available at the door ($25), with all proceeds going to the organ campaign, to which tax-deductible donations can also be made. Find out more about the organ and The Capitol Theatre.

Lisa French is the Dean of RMIT University’s School of Media and Communication. She has track record as an educator, a festival director, occasional filmmaker and writes on film, television, and the arts.