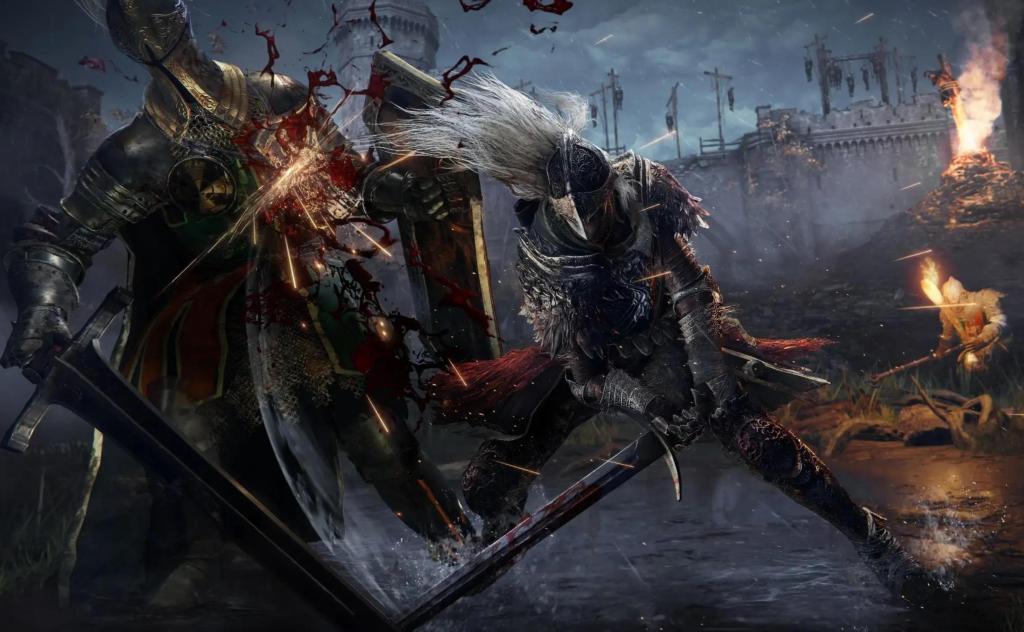 After years of speculation, Elden Ring finally has a confirmed release date of 21 January 2022 along with a first look at the high fantasy gameplay, as revealed during Summer Game Fest 2021 .

Elden Ring marks the latest game by Japanese developer FromSoftware, known for its critically-acclaimed and challenging action-RPG titles such as Dark Souls, Bloodborne, and Sekiro: Shadows Die Twice. A remake of the studio’s PlayStation 3 classic Demon’s Souls launched alongside the PlayStation 5 last year, but was developed by Bluepoint Games instead of the original team. Elden Ring is especially notable for being a collaborative project between FromSoftware’s Hidetaka Miyazaki, and best-selling A Song of Ice and Fire author George R. R. Martin.

Originally announced at the 2019 E3 videogame industry conference, not much was known about Elden Ring other than its famous creators, leaving plenty of room for jokes about the game taking as long as Martin’s upcoming A Song of Ice and Fire novels. Now, with a release date and new gameplay footage, a clearer vision of the game is apparent.

Elden Ring appears to be a combination of FromSoftware’s core design tenets from over the years. There will be exploration through plenty of different environments, an array of combat techniques to master, and a rich story told through dense worldbuilding and cryptic characters. FromSoftware’s games are known for a high degree of challenge and meticulously designed worlds that reward you for finding every secret along the way. Hidetaka Miyazaki, Director at FromSoftware, confirmed Elden Ring will adopt and innovate on many of the elements fans of the studio clamour over.

‘With Elden Ring, we have applied all our dark fantasy and action-RPG expertise cultivated throughout the Dark Souls series, in order to create a bold, classical evolution of the genre,’ Miyazaki said in a media release from publisher Bandai Namco Entertainment. ‘We’ve crafted a rich world with a staggering sense of scale, based off of legends written for the game by George R. R. Martin. Elden Ring is a world full of mystery and peril, ready to be explored and discovered; a drama in which various characters flaunt their own mystique and ulterior motives.’

Similar to Sekiro, Elden Ring will empower you to tackle the cursed world how you see fit; taking creepy monsters head-on is as viable a strategy as stealthily slashing through foes. This is accompanied by Elden Ring’s weather and day/night cycles, which will no doubt offer further opportunities to chart your own course through the grand landscapes, with traversal by foot or horseback possible alongside other players online.

More news about Elden Ring is expected between now and its 21 January 2022 release, where it will launch on Playstation 4 and 5, Xbox Series X and S, Xbox One, and PC on Steam. A nice touch is that anyone who purchases Elden Ring on PS4 or Xbox One is eligible for a free upgrade to the newer platforms–helpful for anyone who hasn’t bought into the current generation of consoles.