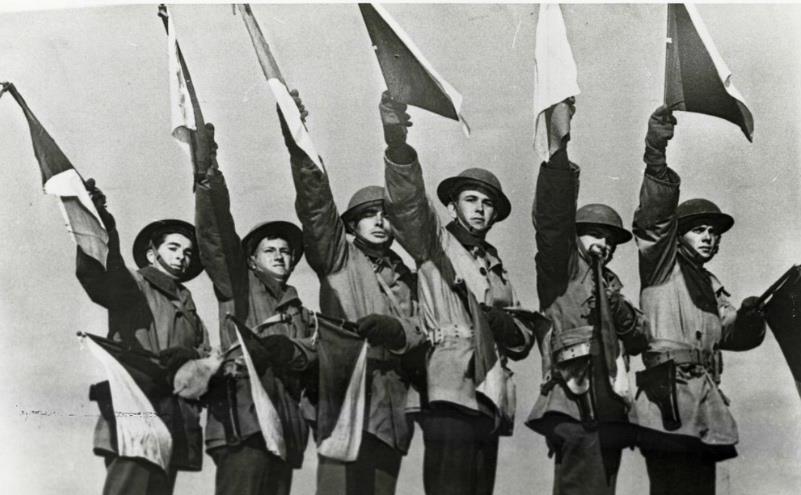 Screen Australia and Screen Producers Australia joined forces for a half hour Facebook Live session today, which, while full of dynamic worry, tried to focus on the positive. It is still available to view.

‘Most of them will not be here in six months time if this is still going on. So I think we’ve all got to work together.

‘And I think we’ve got to try and come up with what that future looks like. I firmly believe in the resilience of the Australian people in this Australian industry. I think we will come together and we will make something out of this and it’s up to all of us to make it the best that it can be.’

It is a good summation as we traverse what people are calling the hiatus, pilot light and ramp-up phases of the future. The starting point is utterly bleak. Fox has gone from 5000 people on the lot to an absolute minimum. Seventeen thousand screen people were out of work in a few days. Nothing is in production.

It seems that Screen Australia and the guilds are finding themselves in a remarkable position. Their public role has shifted from advocating certain kinds of change to running a communications system which extends from the workers on the front line to the various governments. As Mason emphasised, the screen sector has a large number of connections into the current decision-making process, because it also has the big production houses, the broadcasters, the Department of Communications, the ABC, SBS and ACMA all playing into the debate.

From that, the need for a unified voice is obvious. The government has to know the implications of every proposal and every antagonism.

Screen Australia is still firmly open for business, is looking flexibly at areas like finance plans and completion dates, and is talking to government about flexibility in the tax rebates. At the very least Screen Australia can provide some rebates earlier, rather than waiting for completion, but only for shows that have already been given a preliminary certificate.

The keyword at the moment is ‘pivot’. Screen Australia is pivoting towards what Mason calls:

‘things that would have the broadest range of benefit to the sector as a whole. Things that would really employ people, use facilities … I am not privy to how fast some of those big shows can ramp up again, particularly if they had personnel who are now offshore.

‘We could actually come out of this faster than potentially our friends in America and Europe. So, what we’re looking at is supercharging active development. And then we’re also looking at other programs [like industry or festival support] to really get the maximum impact. We are hoping to be doing something mid next week in that space.’

Matthew Deaner from SPA asked him what he means by ‘supercharge’. Mason is referring to projects which can progress quickly, or that are nearly ready from companies who are shooting other projects. It may be about final stage development to support budgets and schedules. Perhaps there is a way to incentivise early returns to production, particularly for international players.

While this addresses the unemployment problem, which the government is desperate to solve, Screen Australia does have a fair amount of flexibility. It will be able to repurpose travel money and some of their placement funding, while some production funds can pivot as well. So we can guess there is a decent war chest.

Next week it will all change again as SPA releases the results of its current survey of the damage and Screen Australia fleshes out some adjustments.

There is a strange edge to this discussion. It is being seen as an economic problem, akin to a major depression or to the Global Financial Crisis, in which governments were trying to find the available money and get it circulating. That is true here, but the issue is fundamentally medical. We are operating with an amazingly strange rule: you cannot get closer than 1.5m to another human being in public and you are compelled to stay at home.

If we didn’t have that rule, we would race off of our own accord and become insanely creative. Cultures are going to reknit themselves at different times and with more or less pain, so we can communicate electronically between countries and take advantage of communities that have healed enough for social mixing.

SPA is talking about the pivot to what Deaner calls ‘the SME business layer’, while Screen Australia claims to be deep in conversation with companies on an individual basis. In a sense, the screen sector has advantages in this because it has always been an informal public/private alliance with plenty of structural touchpoints. The architecture is artificial and endlessly evolving.

The change in attitude is remarkable. Organisations, agencies, professions and citizens are suddenly baffled and honest, and more able to talk. The old railway lines have been blown up and we are looking for new ways to carry stuff, while old dilemmas are being addressed. Even this discussion is an example of this and a real source of confidence.

But we are only a few people in a space which is tiny compared to even the teachers in government schools in an individual state. We are not special, but we really do need each other, just like everyone else in Australia.