Cannes faces the prospect of terror…and films it

French authorities simulated a terrorist attack on the Cannes Film Festival. Of course they filmed it.
ScreenHub
[This is archived content and may not display in the originally intended format.] 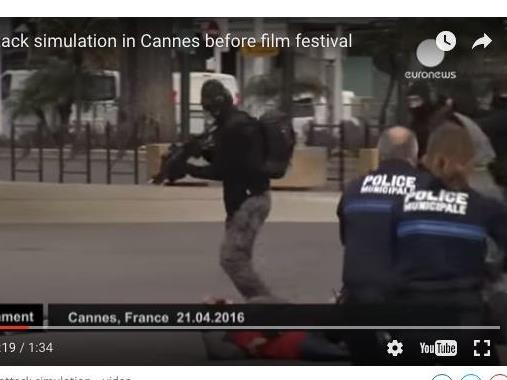 Some people are not well pleased by the way in which the French Government has headlined the possible risk of multiple explosions at the Cannes Film Festival, surely one of the most tempting targets for a bunch of hoods who think that the merest hint of exposed female flesh will boil their eyeballs.

But security forces are bringing not only their own profession skills but those of the Cannes film scene to preparation.

Since the good French action directors are already in Hollywood or working in television, the film seems a bit amateurish. However, we think this is a tribute to the great Jean-Luc Godard.

Godard had a habit of recording acts of violence in his early films casually, without any conventional buildup. Later, he moved to depicting the whole thing as a mess of confused moments and half-considered glimpses, which had no drama at all.