At least the opening of Melbourne should bring a bit more cash into the system. At the moment the most exciting thing in cinemas is a film about toadstools.
David Tiley 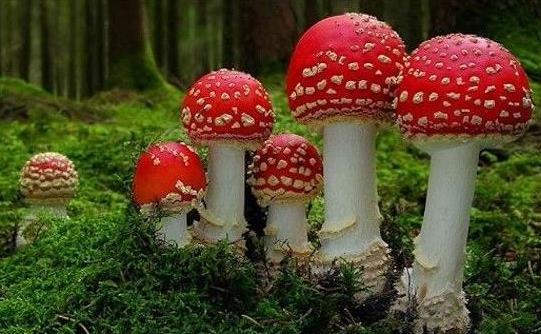 Hearts and Bones has been rattling away quietly for 16 weeks on around 3 screens to make $42,500. Most of its business was probably done in festivals, but the picture is interesting, has a solid take on its photography + ethical dilemma topic, and has Hugo Weaving.

Slim and I is still on 114 screens and making all of $855/screen, with a cumulative total of $261,521 in two weeks. It is a documentary; with that number of screens we can imagine distributors Universal sending a flying squad of ninja bootscooters to keep exhibitors loyal.

Swimming for Gold, from the Steve Jaggi empire, expanded its screen averages off 55 screens by 73% to make $744/screen.

The cutest picture at the moment is probably Fabulous Fungi, the US documentary which popped up again on one whole screen and probably one session to make $684. Somewhere in Australia a small band of mycologists gathered together to chant their arcane spells and watch the toadstools glow above them in the dark. They are scattered across the land because the picture has taken $147k in the 47 weeks in which a distributor has the rights to screen it.

Tenet continues to dominate the box office, with $860,000 over the weekend to deliver $9.2m in four weeks, dropping gently like an elderly balloon. At AU$52m in the US, local support is down even more, so that only 14.5% of its $360m worldwide comes from North America. The Brits added around $22m, with the French close behind and Germany a few million down on that.

Trolls World Tour is taking off, as befits a kids’ animation in the holidays, to reach $2.2m after its first official week, After We Collided has done the same amount but in two weeks. Big drop after that to The Secret Garden on $555,000 from its first weekend on a similar number of screens.

The New Mutants is the only official superhero pic on the list and is doing pretty well abysmally for its claims to mainstream glory. $1.2m in three weeks, now down 46%.

The Personal History of David Copperfield has done $1.3m in five weeks, which is so played out it is on five screens and taking an average of $361 off each one.

The Eight Hundred continues to lead the world in the 2020 box office, now up to $550m from China alone. Everywhere else it is making a few hundred thou at most, which means that the Chinese diaspora doesn’t like it or they are sheltering back in China.

Chinese audiences have not softened their attitude to Mulan. The useful ABC summary of the reasons implies that Disney’s attempt to a) remove an iconic story from another culture, b) clean it up for a Western audience, c) trash its venerated cultural meaning and then d) return it to China is a bit like watching raccoons run a chocolate factory.