The weekend figures dropped a quarter in one weekend, and are less than a third of a normal winter school holiday weekend. That's pandemic for you.
David Tiley 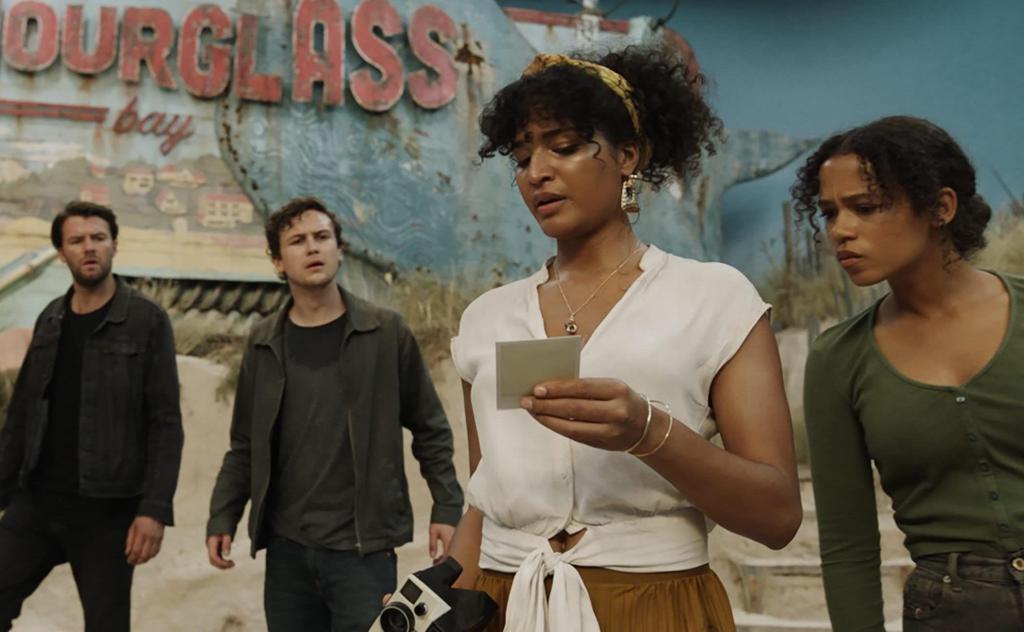 In a quiet week, despite the school holidays, Escape Room: Tournament of Champions opened on 173 screens to make $572,000. According to Sony it doesn’t open officially until next week, which reflects the fact that Covid has bitten Sydney clean out of the market.

This is well below The Hitman’s Wife’s Bodyguard which took $2 million last weekend in its first appearance, or even In the Heights, which did the same trick for $1.2 million. The total box office for this weekend dropped from $8.93 million to $6.2 million, which is nearly a quarter.

This is important because this psychological horror sequel to Escape Room is slated for US release on July 16, and Sony will be keenly interested in the Australian figures, which now come with that giant Covid asterisk. There is no linked streaming release. All figures are in AU$.

Peter Rabbit 2 has now made almost $170 million around the world, with $30 million from the UK, and $37 million from China. The Australian take is shuffling upwards past $27.1 million. The holidays saw an 83% jump in our local returns but off a very low base of $100,000.

Buckley’s Chance has made $514,000 in two weeks off 170 screens, down by 51 from its more confident 230 venues in week one. Despite the dingo it seems the audience, like some critics, don’t quite bond with the Canadian origins of this one.

A bunch of small pictures

Besides Escape Room, the other four films released last weekend are all small ventures, who have their crossed fingers for the younger market.

Werewolves Within was launched on 24 screens by Kismet, who saw their treasure return $24,000. It is a low-budget comedy horror directed by US jokester Josh Ruben and written by print author and comic Mishna Wolff. Fresh from Tribeca, liked by critics for its freshness, it had a single week on the silver screen in the US before shuffling to Amazon Prime.

BUT there is an interesting twist to this story. It is based on a multiplayer VR game by Red Storm Entertainment and released in 2016 by French outfit Ubisoft which also developed Prince of Persia, Assassin’s Creed, and Rabbid Invasion, all turned into films by the company’s film and television division, which then made Werewolves Within. They were also responsible for Mythic Quest: Raven’s Banquet. Ubisoft was also recently battered by sexual misconduct allegations resulting in some dismissals.

Also in week one we have Herself. Liked by critics, released at Sundance in January 2020, the picture had a very limited US release over New Year with a swift transfer to Amazon Prime. It is directed by Phyllida Lloyd, aged 64, who also made Mamma Mia! based on her own theatrical production.

It is about a mother and her three children who build a house and battle the unpleasant father. It was written by Malcolm Cambell and Clare Dunne who also stars in the picture. Despite ace reviews, distributor Madman has kept this one to 46 screens and was rewarded with $50,000 at the box office.

Perfumes, released by Acadia Films on 21 screens, took $66,000. It is a French odd couple film directed by Grégory Magne. Feisty fragrance designer takes on son-of-toil chauffeur who turns out to have a formidable snout of his own. The audience is ignoring good reviews which focus on excellent writing and performances.

Major outfit Studio Canal flung Little Vampire into what looks like the waters of oblivion because its 84 screens took $45,000. This fantasy animation about a child vampire came out in 2017, as a reversioning of a 2010 live action film which also did not inspire joy in the minds of cinema managers. Uniformly sad reviews for a family euro-pudding.

Top films of the weekend

Other than these gentler films, the rootin-tootin action film is well and truly back. Fast and Furious 9 lost plenty of screens in its third week but kept top spot and is guarding a take of $17.81 million. The Hitman’s Wife’s Bodyguard has made $5.8 million in two weeks, horse picture Spirit Untamed climbed 44% last weekend and has taken almost $4 million. Cruella after six weeks has seen $8.4 million in the electronic till. In the Heights is doing modestly well, with $2.61 million in two weeks, despite a lot of moaning from the US where it has has taken $36 million, which is three quarters of the world total.

Read more: Fast and Furious 9 makes no sense but so what?

Fast and Furious 9 is dominating the world market and setting a lot of Hollywood hearts pattering with excitement. It has done $665 million around the world, It has made $165 million in the US, $25 million in Korea, $24 million in Russia, and $273 million in China. Also in China, 1921, the centenary epic about the birth of the Communist Party, has started to dominate its domestic market.