Yes, Australian audiences do like Australian films, as High Ground, the toughest of the new releases, makes a solid entrance.
David Tiley 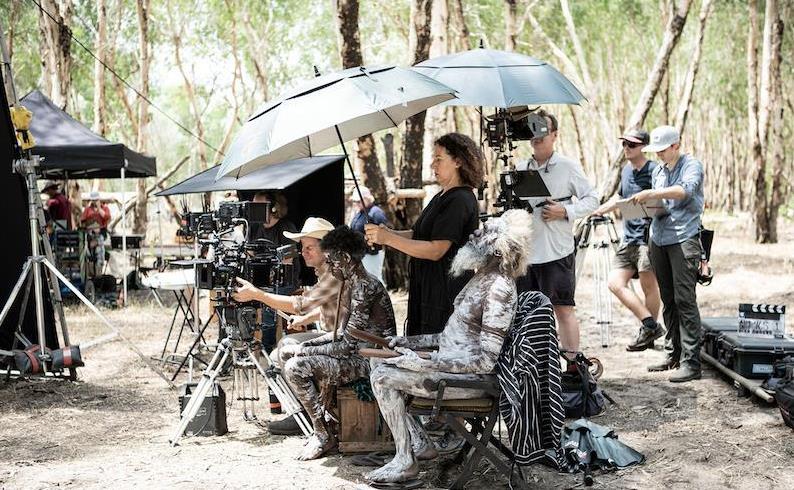 High Ground launched this weekend at number 5, and took $897k off 234 screens in 215 cinemas. It was written by Chris Anastassiadis, directed by Stephen Johnson and produced by David Jowsey, Maggie Miles and Greer Simpkin.  it is running at number five in the top twenty.

Three years ago, Sweet Country, written by David Tranter and Steven McGregor, directed by Warwick Thornton and also produced through Bunya Productions, launched on 43 screens, made $373k in its first week, and finally made $2.03m.

‘Film is one of the great art forms in this country and we have proved that our audiences love Australian cinema. If there is an opportunity they will take it, and it is very very exciting for all of us in the industry.’

I asked producer David Jowsey why High Ground is doing so much better. He paid tribute to Australian distributors who are providing decent advertising budgets and getting behind films. The Screen Australia promotion of the four key films to see in cinemas was useful, he said. Most of all, ‘I just think that High Ground has been able to take the opportunity to get onto a large number of cinemas. All these films are well made and they give the lie to the idea that Australian audiences will not watch Australian features.

READ: The Most Anticipated Australian Films of 2021

‘Film is one of the great art forms in this country and we have proved that our audiences love Australian cinema. If there is an opportunity they will take it, and it is very very exciting for all of us in the industry.’

The sector has come a long way. Twenty years ago, the same writer and director made coming of age story Yolngu Boy with the Yothu Yindi Foundation, the Australian Children’s Television Foundation and producers Patricia Edgar and Gordon Glenn. It opened on four screens and ultimately took $1.05m.

Occupation: Rainfall from Luke Sparke and the Imrie family, followed in slot nine with $203k off 182 screens. This is a genre film with a younger male audience; we will see next weekend if it does well on word of mouth. The Australian films in this batch all share the same ability to hold audience numbers pretty well.

In the same period The Dressmaker took around $16.2m six years ago, expressed in 2020 dollars, on the way to $22m. It started on $4.7m in its first week, took around $15m by the end of week five and then hung around $500,00 for the next four weeks. That was seen as very, very successful up against the tentpoles.

There is always a dip at the end of the school holidays, followed by an increase as the grown-ups come out of hiding through February.

There is still a total lack of tentpole competition, which helps Occupation: Rainfall, but we are now seeing the remarkable development of mainstream audiences choosing between Australian films. In that tussle we would expect to see the casual filmgoer gravitate to Penguin Bloom over The Dry over the confronting Indigenous Western High Ground. Operation: Rainfall could ultimately make more money in bits and bobs overseas than the others.

Babyteeth, even though it is firmly on the streaming sites, is still adding a few thousand each weekend, and has now reached  $513k.

The lifetime total of The Furnace is $395k which it basically made in two weeks before Christmas. Maybe it should be relaunched in March. Weirder things are happening at the moment.

Next week we have an opportunity to bring a documentary into the mix as Wild Things, made by Sally Ingleton about a year in the life of adventurous young environmental activists, is brought out by Potential.