Box Office: After an Oscar win, how does Nomadland compare to Parasite?

The weekend after the Oscars, Nomadland is shaping up to be the worst performing Best Picture winner in decades. You get two guesses as to why.
David Tiley 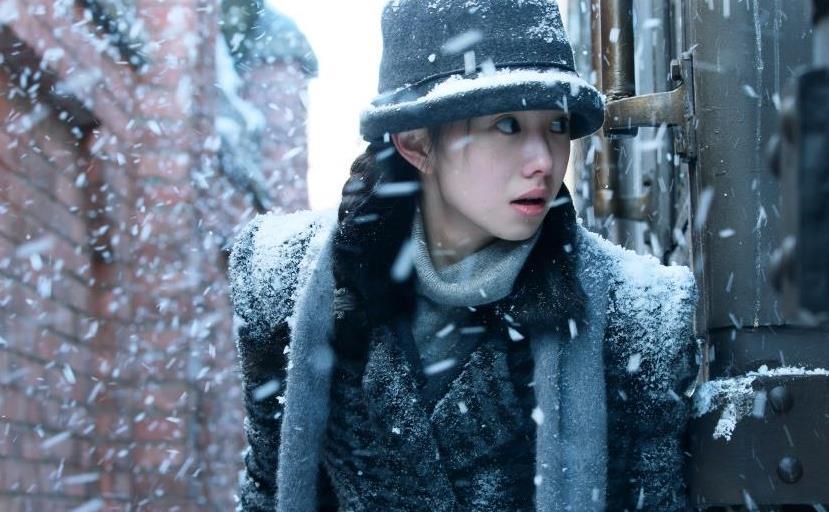 Zhang Yimou is a giant of large scale Chinese cinema but his new film Cliff Walkers has a tiny release outside China. Image: production company.

After the Oscar triumph, Nomadland gained 180% over the weekend in Australia to make $286,000, for a total box office taking of just under $4 million over nine weeks. This result is particularly notable compared to its comparatively paltry takings abroad; it seems that Nomadland in the US has been sticking at a box office return of around AU$130,000 per week, with nary a tremble after the Oscars, though there could be more action in this coming week.

Nomadland had grossed between US$2.5-3 million in the US. It is a substantial difference in takings, which gives the film the dubious honour of being the lowest grossing Best Picture winner in decades, and can be attributed partly to the ongoing pandemic, and partly to Nomadland‘s release on Hulu in the US, which is cutting into its theatrical takings in North America.

By contrast, 2020 Best Picture winner Parasite had reached a US gross of $36 million by the weekend after its Oscars win, despite being available on DVD and streaming services.

Locally, it stood at $2.8 million in Australia the weekend after its Oscar win, despite showing on just a handful of screens during its 33 week release period before its own post-Oscars bump, with 20% of that revenue coming from Melbourne’s Cinema Nova alone. According to CEO Kristian Connelly, Parasite is the cinema’s highest grossing box office film since Grand Budapest Hotel.

Here, with no Hulu release and fewer Covid-related concerns about cinema attendance, Nomadland is still doing around one twentieth of the business we would expect from a Best Picture without streaming.

Let’s remember that Nomadland is not pitched as a blockbuster which needs to be seen on the big screen, so it is truly vulnerable to the family couch.

Minari, the story of Korean immigrants to the US, has been pottering along here, though the Oscar nominations gave it a 7% bounce to add $49,000 this weekend. It has made $3.7 million in the US, $9.9 million in Korea and $1.66 million in Australia. It is available internationally on video-on-demand.

Those Korean figures have provided an enormous boost to the total box office in that careful market, which is 77% up this March compared to a year ago.

The Father, which won Best Actor for Anthony Hopkins and Best Adapted Screenplay for director Florian Zeller and the indomitable Christopher Hampton, also received an Oscar boost, climbing by 32% to sell a tad less tickets than Nomadland, bringing its total here to $2.21 million.

This weekend’s local winner was Wrath of Man, a thriller from Guy Ritchie with Jason Statham in the lead. Here it has made an ordinary $1.8 million off 389 screens, which gives it the dubious honour of being the worst top film since Raya and the Last Dragon six weeks ago.

Australia has this film a week early, so the result may have its owners MGM and Miramax in a mild snit. When it opens next weekend in the US, it will only run in the cinemas with no immediate prospect of streaming, so all its commercial value will be seen in movie house takings.

It was based on a French film called Cash Truck by Nicolas Boukhrief, released in 2004 to lose its very moderate shirt.

Despite our fears, Peter Rabbit 2 has not fallen off a post-holiday cliff, but dropped around 15% of its screens and 30% of its take in week 4. So it still made $500,000 over the weekend to bring the total take to $19.55 million which will pass $20 million this week. It has beaten Tom and Jerry handily, more than doubling the cartoon’s box office take of $9.61 million.

Peter Rabbit 2 is running neck and neck with Godzilla vs Kong, which brought in just $5000 more on the weekend, though it went through 130 less screens so it is doing better in terms of cinema real estate. It is comfortably ahead of Peter Rabbit by numbers, with $26.86 million at the box office.

Godzilla vs Kong has taken $537 million around the world and $117 million from North America, where it is spicing up HBO Max in its drive for subscribers. Its North American success is nothing compared to the Chinese box office, where it has earned $230 million to date.

Six Minutes to Midnight is a respectable performer for a small film about a boarding school crisis for German students in the UK on the eve of WW2. It has made $1.15m on 229 screens in two weeks – not stunning but currently the best performer of the arthouse films.

Besides Wrath of Man, Zhang Yimou’s Cliff Walkers arrived to $94,000 off 35 screens, attesting to the lack of Chinese students.  Home Sweet Home is a lot lighter but has a similar problem, to bring in 29 screens for $29,000.  Cliff Walkers opened on May Day weekend, a key date in China, to make $50 million, while soppy romance My Love topped the charts with twice that figure.

The new releases without large marketing budgets are having a terrible time. Low budget US survival film Land with a largely female team made $94,000 off 67 screens. Twist is a UK remake of Oliver Twist, with $45,000 off 101 screens.

Kelly Reichelt has a good reputation in the indy scene through Certain Women and Meek’s Cutoff. But The First Cow made $27,000 off 28 screens.

At least The United States v Billie Holiday has taken $279,000 in two weeks off 65 screens though the weekend take of $62,000 looks pretty sad as well. However, it is travelling on excellent word of mouth for the lead performance of Andra Day.