The award-winning Maori sci-fi game will make its way to Nintendo's popular Switch console in June, with a new creative mode.
Chris Button 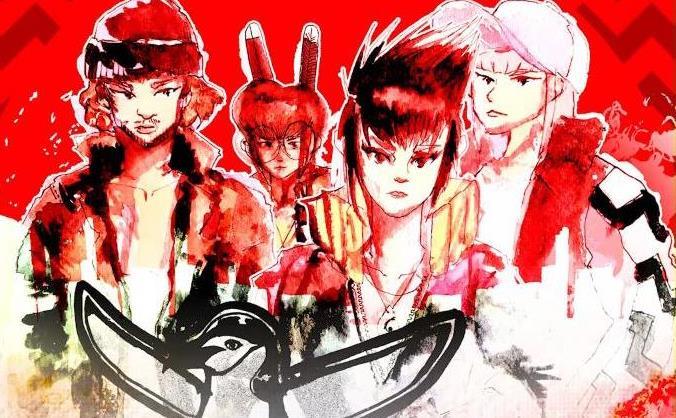 Originally launching on PC in May last year, Umurangi Generation comes from Naphtali Faulkner, an Australian-based Ngāi Te Rangi designer, and is set in a slightly futuristic version of Tauranga Aotearoa. From a first-person perspective and equipped with an SLR camera, you take photos against a backdrop of rising neo-fascism. Faulkner told ScreenHub his intention with Umurangi Generation ‘was to explore those very specific ideas of what makes a fascist population’.

New to the Nintendo Switch version is the addition of gyroscopic motion controls, where you can physically move the handheld console to adjust composition before taking a photo, as demonstrated in the new trailer. Another feature confirmed to be coming to both the Switch and PC versions is the addition of a creative mode. This mode lets you fly around Umurangi Generation’s map, while also giving you greater control over lighting, colours, and even the ability to slow down time for snapping action shots.

Read: The Rise Of The Anti-Fascist Videogame

In a Twitter thread from the official Umurangi Generation account, some further features were announced, including a speedrun mode, tighter movement controls, and the various motion control option combinations.

Umurangi Generation’s Switch version will come bundled in with the Macro downloadable content, which is a separate purchase on PC adding several substantial content updates. These updates include an extra location, Tauranga Underground, in addition to movement items such as roller blades and hoverboots, while opening up more camera settings including aperture, shutter speed and ISO customisation.

After its initial PC release, Umurangi Generation made it to ScreenHub’s best of Australia and Aotearoa 2020 list, where Jini Maxwell described the striking art direction and sandbox gameplay as providing a ‘more conducive creative rewarding environment than a rewards system ever could’–ironically, more effectively than New Pokemon Snap did.

‘[Umurangi Generation] is also a deeply radical game that centres the Indigenous gaze; developer Naphtali Faulkner’s Ngāi Te Rangi heritage shows through at every level, from the intricate street art that adorns the walls around Tauranga, to the antifascist and anti-colonial sentiment that underpins the game’s design,’ Maxwell wrote.

‘As a work of Māori science-fiction released during a global pandemic and the global Black Lives Matter movement, it couldn’t be more expressive of 2020, a year that demanded protest, and also demanded our witness.’

Umurangi Generation, along with motion controls and creative mode, will launch on Nintendo Switch on 5 June, and the PC version is expected to receive the creative mode update the same day.