Abe Forsythe’s ‘Wolf Like Me’ announced as Stan Original series

Based on Forsythe's own experiences as a single parent, the six-parter will be produced by Made Up Stories, Stan and NBC Universal's US streamer Peacock with production to start in NSW soon.
Rochelle Siemienowicz 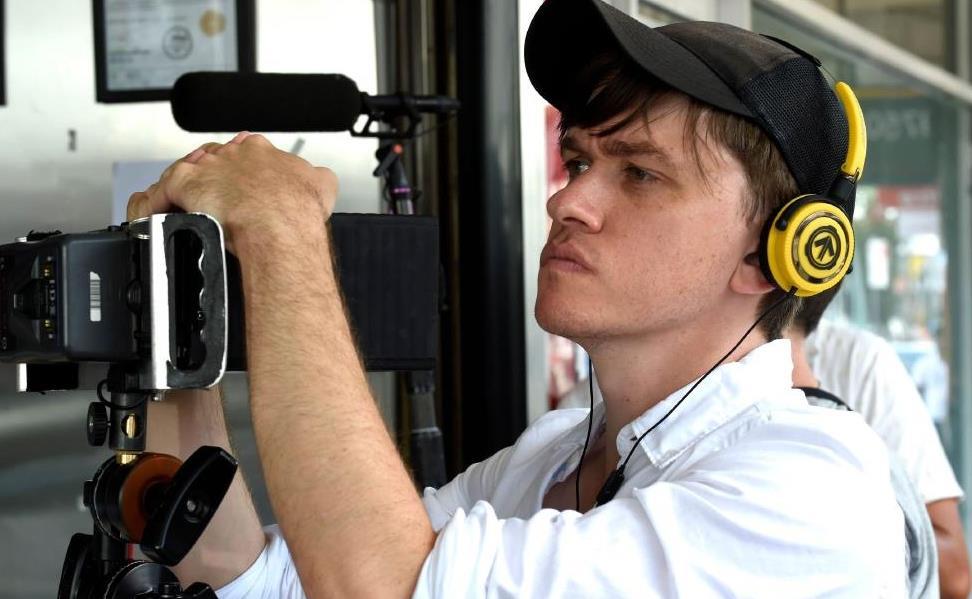 Stan has announced the commission of new Originals series Wolf Like Me, in association with NBCUniversal’s streaming service Peacock in the United States.

The six-part half-hour relationship drama about a 40-something romance, described as ‘genre-bending’ and ‘heartwarming’  is being produced by Made Up Stories, the Australian powerhouse producing trio of Jodi Matterson (Nine Perfect Strangers), Bruna Papandrea (Big Little Lies) and Steve Hutensky (The Dry).

All six episodes will be written and directed by the now 39-year-old Australian enfant terrible Abe Forsythe (Down Under, Ned Kelly). The actor and director, whose breakthrough 2009 Tropfest short Being Carl Williams remains memorable, has come a long way and will go further – he was announced in 2019 as the director of the next instalment of the Robocop franchise, Robocop Returns, but we will try to find an update on that.

Forsythe’s last film project was 2019 horror comedy Little Monsters, starring Lupita Nyong’o and made for an international audience. it was also produced by Made Up Stories. An aside: Forsythe talked on the podcast ‘Hell is For Hyphenates’ in 2018 about the films of his favourite filmmaker Bong Joon-ho, and about the challenges of making Little Monsters for an international audience. It’s worth a listen.)

In the meantime, Wolf Like Me is based on Forsythe’s own experiences as a single parent. He was previously married to Helen Dallimore, star of the musical Wicked but they separated in 2013.

Wolf Like Me will star American actor Josh Gad (Frozen, Beauty and the Beast, and also Little Monsters) alongside Australian actress Isla Fisher (Arrested Development, Wedding Crashers). It will begin production in Australia in the coming months.

Isla Fisher and Josh Gadd will star in Wolf Like Me as a new couple with emotional baggage.

The synopsis: ‘Everyone brings their own set of baggage to a new relationship and in Wolf Like Me, Gary (Gad) and Mary (Fisher) are no different. Gary is an emotional wreck and struggles to provide for his daughter since the death of his wife. Mary has a secret she can’t bring herself to share with anyone. The universe brought these two together for a reason, they just need to keep following the signs.’

Quoted in the release, Forsythe said: ‘Wolf Like Me is a very meaningful project for me, the stakes are extremely high but grounded by things we can all relate to. I’m so excited to have Isla and Josh on board and I know the audience will be surprised seeing them in a different way as these characters. I was never going to tell this story with anyone other than Made Up Stories and I feel very fortunate for us all to be teaming up with Endeavor Content and to have found a home with Peacock and Stan.”

Made Up Stories’ Jodi Matterson, Bruna Papandrea and Steve Hutensky said: ‘After our partnership with Abe on Little Monsters, we were excited to find another project to collaborate on. Abe is just one of those rare talents, with an incredibly distinctive voice. As soon as he explained the concept for Wolf Like Me, we knew we had to be part of it.’

Stan’s Chief Content Officer Nick Forward said: ‘Wolf Like Me promises to be a premium Australian made drama that will see Stan expand its partnership with NBCUniversal and Peacock. We look forward to seeing the talented production team at Made Up Stories, alongside Abe Forsythe, Josh Gad and Isla Fisher, bring this world-class Australian story to life.’

Wolf Like Me will be filmed in locations across Western Sydney and regional NSW ‘soon’.

In a further release, NSW Minister for the Arts, Don Harwin said the production was another significant win for the NSW screen industry that will bring $28.8 million in production expenditure to the State, and support more than 160 jobs for local cast and crew.

Production Credit: The Stan Original Series Wolf Like Me is produced by Made Up Stories in association with Peacock, Endeavor Content and Stan. Jodi Matterson, Bruna Papandrea and Steve Hutensky from Made Up Stories serve as executive producers, alongside executive producers Abe Forsythe, Isla Fisher and Josh Gad. Financed with assistance from Screen NSW through the Made in NSW Fund.